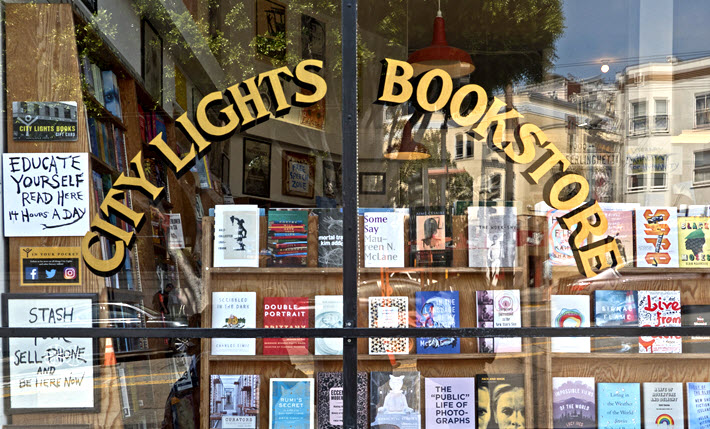 The pandemic’s lockdowns threaten bookstores in many markets. In the States, S&S is working with Bookshop.org (as HarperCollins is doing). And in Britain and Ireland, the Books Are My Bag program has Charlie Mackesy’s artwork for this year’s limited edition.

Reidy: ‘Without Leaving the House’

In media messaging this morning (March 31), S&S president and CEO Carolyn Reidy is quoted, saying, “Local independent bookstores are a crucial link in the chain that brings authors to readers, and are a vital force in building and maintaining a sense of community in cities and towns across America.

“As it becomes more and more difficult to buy books in person, and the threat to the very existence of bookstores becomes more acute, Bookshop.org offers a way for readers to support their favorite indie bookstore without leaving the house.”

What this translates into is the addition of buy buttons on S&S sites, giving a consumer a chance to choose to buy through Bookshop.org as well as through Amazon, Barnes & Noble, IndieBound, PayPal or direct with the company.

Simon & Schuster also expects to use its consumer platforms to promote the use of Bookshop.org and to talk up the value of supporting independent bookstores.

Shops affiliated with Bookshop.org create their own pages (called stores) on the site, and the system allows personalized recommendation lists, as well, a way to build brand-presence on the site and solidify a base of buyers. By buying a book through its “store” page, you send 30 percent of the sale to the independent bookstore behind it. Normally taking a part of the transaction, Bookshop currently is waiving that. Sales are fulfilled by Ingram.

And as it happens, this is something that HarperCollins instituted for all print books on HarperCollins.com on March 24. You can see the Bookshop.org buy button on this page for Elizabeth Wetmore’s Valentine, for example, a book releasing today (March 31).

While the “taking on Amazon” talk that inevitably surrounds many such efforts as Bookshop.org is overstated and more distracting than useful, the Bookshop program has done some important experimentation with discounting. This is because, of course, one of the key distinctions between physical and online retail in books has been discounts that independent bookstores often can’t match. Bookshop’s guidance for stores says that 10 percent is the cap on discounts it’s experimenting with. It’s made clear that discounting may not be a long-term element of the program but that it needs testing in case it can generate more sales. 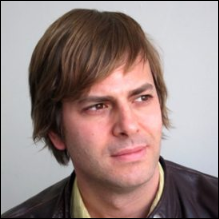 The founding president of Bookshop.org is the entrepreneurial Andy Hunter, familiar to many for projects including Catapult, Soft Skull Press, Counterpoint, Literary Hub, Electric Literature, and more.

“Many have been forced to close their doors, and the best way to show your support right now is to buy books from them online. Bookshop.org makes that easy.”

Simon & Schuster’s staff plans to have some of its higher-profile authors voice their testimonials for the value of independent stores, “encouraging them to #ReadLocal and #SupportIndies” in their own forays in various social media, recommending Bookshop.org in the process. Among authors mentioned in connection to this in today’s messaging are Mary HK Choi, Cassandra Clare, Jenny Han, Adam Higginbotham, Christina Lauren, Lisa Jewell, Shannon Messenger, Susan Orlean, Lisa See, Rebecca Serle, Neal Shusterman, and JR Ward.

One endorsement provided with today’s news comes from Orlean, who’s quoted, saying, “No matter how upside-down this moment feels, independent bookstores continue to energetically celebrate writing and writers. Even with their doors closed, these bookstores keep lifting books up, making sure they’re shared with the world.

“We’ve never needed them more than we do right now, and we’ve never been more grateful for their vitality.” 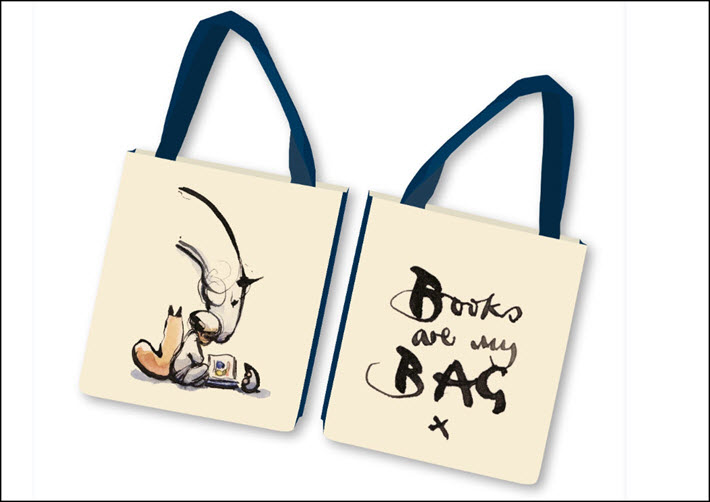 Illustrator and author Charlie Mackesy’s new designs for the UK’s Books Are My Bag campaign are to be released for sale on October 3, ‘Bookshop Day’ in the United Kingdom and Ireland

Created in 2013, the UK’s Books are My Bag campaign is operated by the British market’s Booksellers Association.

It’s actually something of an umbrella campaign that gathers under its aegis such activities and branded events as Indie Book of the Month, Independent Bookshop Week, Bookshop Day, and Irish Book Week, as well as the inevitable prize program, the Books Are My Bag Readers Awards.

Particularly resilient, the campaign was originally developed without charge by M&C Saatchi and it annually features a new set of graphics, created for the purpose by a working illustrator in the market.

On Friday (March 27), the program announced that Northumberland-born artist, illustrator, and author Charlie Mackesy, whose singularly classy visual vocabulary in the new design reflects the artwork in his book The Boy, the Mole, the Fox, and The Horse (Penguin Random House / Ebury, 2019). The title won the 2019 Waterstones Book of the Year honor.

As is the case each year, the tote bags printed with the Mackesy 2020 design will be sold in limited edition at bookshops in the UK and Ireland, starting on October 3, which is this year’s designated Bookshop Day. 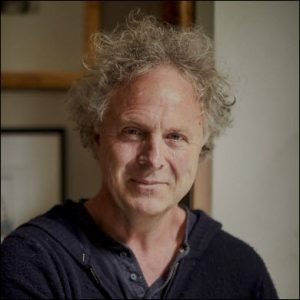 Mackesy’s career began in work as a cartoonist for The Spectator and as an illustrator for the Oxford University Press. His work is seen in galleries in New York, London, and Edinburgh, and it’s said that New Orleans and its jazz and gospel cultures have been major influences in his work.

In a prepared statement, Meryl Halls, managing director with the Booksellers Association, is quoted, saying, “Much like his books and illustrations, Charlie Mackesy’s limited-edition bag is full of warmth and comfort.”

Referring to the dangers of the coronavirus pandemic, Halls says that booksellers and authors are “experiencing incredibly tough challenges right now. Charlie’s words are so needed in today’s climate.”

And Mackesy is quoted, graciously saying, “It was such a privilege to do the drawing for this year’s Books Are My Bag limited-edition bag in celebration of Bookshop Day.

“In the challenging times we’re living, it has never seemed more important to build a sense of community–and bookshops play a vital role in this. They’re truly special places; they help people to connect with stories, with themselves, and each other.”

More from Publishing Perspectives on bookselling is here, on Simon & Schuster is here, on the UK market is here, and on the coronavirus outbreak is here.