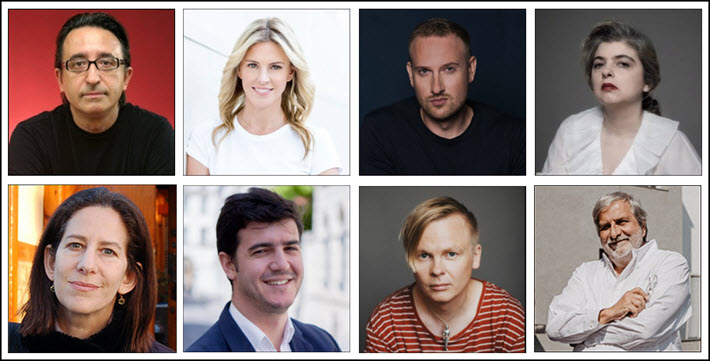 You might have encountered the works in this Rights Roundup at London Book Fair—had the coronavirus not intervened. They come from Finland, the United States, Spain, France, Sweden, and Italy.

The Rights Sales Do Go On

Elsewhere in today’s (March 20) edition—publishing shortly after this story does—you’ll find our story on the rights department at Dioptra Publishing in Athens. Our interview comments with them come not from their offices but from their homes. They’re working remotely. But they’re working.

And today, what you see in our Rights Roundup is a group of titles that would have been presented at London Book Fair’s usually roaring International Rights Center of which, of course, was shuttered with the rest of the trade show just six days before its planned opening.

In market after market, the world publishing industry’s great spring season trade shows, fairs, and festivals are being canceled and postponed because of the contagion. Also in today’s edition, you’ll find the latest of these announcements: New York City’s BookExpo is being postponed at least until July, along with its international rights-trading forum, the New York Rights Fair.

And while frequently the titles we highlight in our roundups have strong sales histories already in place, you’ll notice that some of the ones we bring you today would have made their rights debuts in London. They’re waiting for calls from countries battling varying levels of assault from COVID-19.

We’d also like to commend to you the work of Margaret Heffernan, whose Uncharted: How To Map the Future (Simon & Schuster UK, February 20) has a lot of wisdom on epidemics and more. Our interview with her is here.

We wish the authors and publishing professionals connected with these books—and their readers—every possible advantage in facing the contagion now reported in 150 nations, up from 147 just yesterday. Please take this threat seriously, as the planetary caseload, at this writing, is passing 244,100.

Let’s begin with an appropriate title. 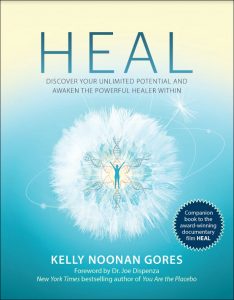 “Author Kelly Noonan takes us on a scientific and spiritual journey where we discover that our thoughts, beliefs, and emotions have a huge impact on our health and ability to heal from illness and injury. The latest science reveals that we aren’t victims of unchangeable genes, nor should we buy into a scary prognosis. Our attitudes and environment have a larger effect than we’ve been led to believe by allopathic medicine over the last century.

“Heal not only taps into the brilliant minds of leading scientists and spiritual teachers, but follows two people on actual healing journeys. You’ll follow Elizabeth’s journey to overcome stage-4 cancer with a combination of Western medical treatment, Eastern medicine, and spiritual healing. You’ll also follow Eva, a single parent searching for the root cause of a mystery disorder.

“Through these inspiring and emotional stories we find out what works, what doesn’t, and why. ” 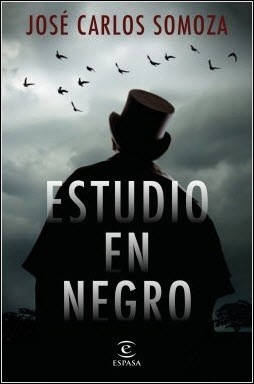 “Nurse Anne McCarey in 1900s England, is weary of life in London and flees a stormy relationship, accepting a job caring for a patient at an exclusive clinic for the mentally ill in Southsea, in the coastal city of Portsmouth. For someone with her experience, the work couldn’t be easier.

“But what she finds there isn’t what she expected. The patient, identified simply as Mr. X, can discover the deepest secrets of the people around him without leaving his room, which is always dark.

“Added to this duo is the young Dr Arthur Conan Doyle, who comes to the clinic to attend to Mr X. He’s practicing medicine in Southsea and developing a character for his next novel: the most famous fictional detective of all time.” 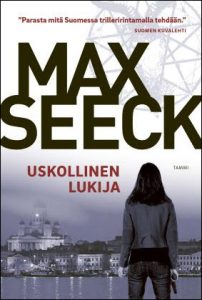 “Detective Jessica Niemi is called to investigate a murder case that’s out of ordinary. The wife of a famous writer, Roger Koponen, seems to have been killed in a bizarre ritual. As more ritual murders occur, it becomes obvious that Jessica is after a serial killer.

“But the murders are not random. They follow a pattern taken from Roger’s bestselling trilogy. Has a fan gone mad, or is this case more personal?” 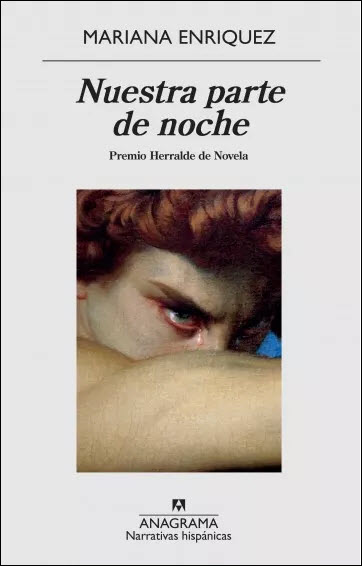 “A winner of the 37th Premio Herralde de Novela 2019, Our Share of Night is a Latin American novel with narrators and characters who span the world in intersecting national underground histories.

The book, by an author promoted as “the queen of gothic realism,” brings together “universal themes of family, eternity, and power in a story of secret societies and secret beings who seek to redefine life and death.” 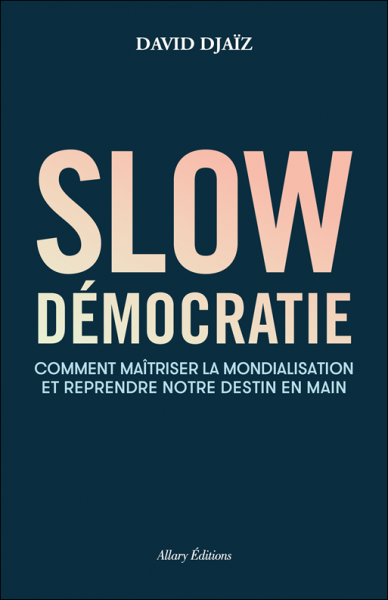 In Slow Democracy, Djaïz—a professor at France’s Sciences Po school—aligns with Yascha Mounk and Jérôme Fourquet, arguing that Western democracies need to regain control of their own fates.

“The tool that will allow them to do that is “nations.” Not the ones loved by nationalists and anti-Europeans but the nations that will allow us to rebuild our lost political, social, and territorial unity.”

The book is supportive of “open, social, ecological, and humanist nations.” 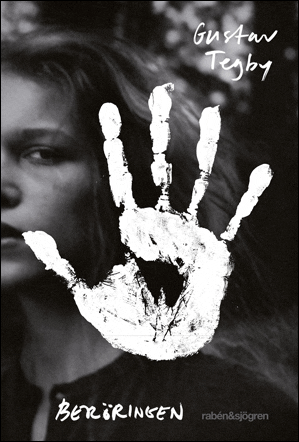 “Sixteen-year-old Elin has been trapped with her dad in a one room apartment her entire life. Everything she knows about the outside world she has picked up through films and on Internet, and from what she has seen from the kitchen window and heard through the walls.

“A normal life outside the apartment is impossible because Elin was born with an incredible ability—or a curse. Everyone she touches dies, at least if you believe what her father says.” 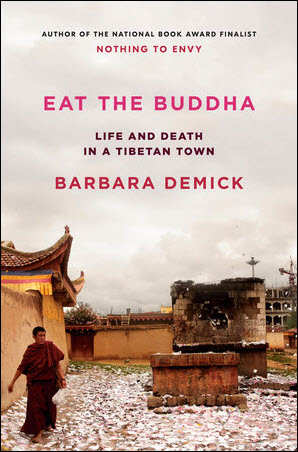 Eat the Buddha: Life and Death in a Tibetan Town

“Disenchanted Westerners frequently turn to Tibetan Buddhism to salve their existential anxieties, but many of them know little about the 6 million people living in Tibet.

“Journalist Barbara Demick looks to rectify this with Eat the Buddha, a work of narrative nonfiction.

“After several years of reporting, Demick explicates the complex history of a country that has never been fully granted independence and the continuous daily struggles of that country’s citizens.” 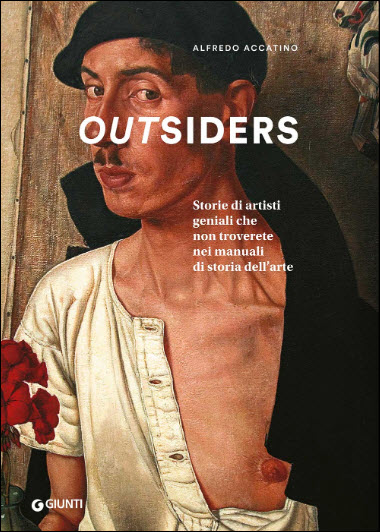 Accatino’s two volumes of Outsiders are described as “a journey through the amazing off-the-record history of modern art that delves into what determines the success of artists and their art. 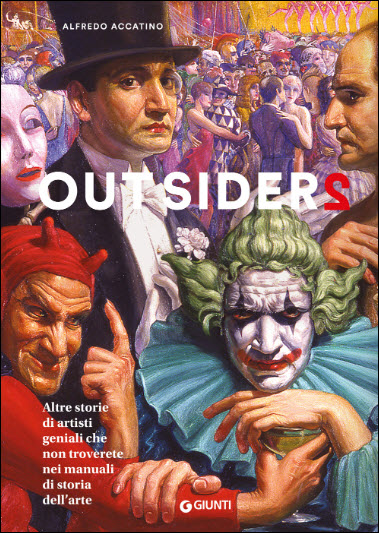 “These two volumes tell the stories of more than 50 men and women who deserved, but were denied, a place in the annals of 20th-century art.

“The stories their images tell are incredible, revealing how art can be a burdensome gift—and how mediocre artists may have left many insignificant works and one final, triumphant masterpiece.”

The first volume comprises 34 stories of men and women whose “splinters of creativity,” the publisher says, “leave you flabbergasted.

The second volume is made up of “new stories of artists who have had adventurous lives—for better and more often, for evil. “Sometimes they’re extraordinary figures of innovation who haven’t had the success they deserve, and sometimes they’re involuntary or voluntary protagonists of difficult moments in recent history. Sometimes they’re simply hampered by psychological problems, by their political ideas, by poverty.

“But all are sensational stories.”

As in each roundup, we use some of the promotional copy supplied to us today by agents and rights directors, editing that copy to give you an idea about a book’s nature and tone but to set aside some of the most promotional phrasing.

We also ask that you read at least one edition of a Rights Roundup fully, and pay attention to our style. We write titles in italics, not all-caps. We write out the names of markets, as in “Australia and New Zealand,” not “ANZ.” Your attention to these factors can save a great deal of time in our preparation and at times your compliance may be the deciding factor in whether we have time to process your submission or move on to another.