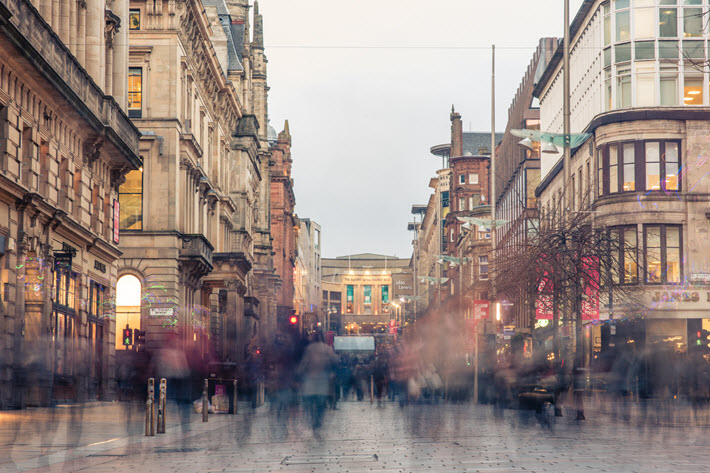 ‘The Group Will Spend a Week in Scotland’

The BBC reports a detection today (March 12) of the first community transmission in Scotland of the coronavirus (COVID-19). Prior to this, known cases were traced to people who had traveled to international destinations with heavy outbreaks, particularly Italy.

“Chief medical officer Catherine Calderwood, the BBC writes, “said that although community infections had been expected, Scotland remained in the ‘containment phase.'” According to official Scottish figures, 2,316 tests have been carried out with 36 coming back positive. And on Wednesday (March 11), the BBC reported that the UK had seen its largest one-day jump in cases, coming to a total of 456 cases and eight deaths, per The New York Times’ comprehensive updates.

Against this background, Marion Sinclair, CEO of Publishing Scotland, has announced that 10 fellows have been named for this year’s edition of a program that is built around international travel to Scotland from seven nations: Germany, the States, France, the Netherlands, Israel, France, and the Czech Republic.

Here’s how the trip is described in the agency’s media messaging: “The group will spend a week in Scotland at the end of August meeting Scotland-based publishers, agents and writers in a varied program of events across the country including the Edinburgh International Book Festival, dinner at Robert Louis Stevenson’s former home, a writer showcase in Glasgow and a trip to the Highlands to meet publishers and writers based there.”

In the past, the program has seen a total of 55 international publishers visit Scotland, which is much to be desired, of course. We can certainly hope that this event planned for August can go forward. It’s very hard to tell where things will be in terms of this profoundly impactful circumstance.

As described by Publishing Scotland, “The purpose of the visit is to help develop relationships between the international publishing community and the Scottish sector, facilitate rights selling, and bring Scottish books to an international audience.

“Sadly, Publishing Scotland’s drinks reception will not be going ahead this year because of the cancellation of London Book Fair, but conversations continue regardless.”

Scotland-based literary agent Jenny Brown, who has been involved in the fellowship since it was opened in 2014, is quoted, saying, “The fellowship enables us to meet publishers and understand their markets, introduce them to authors and for them to encounter the vibrant literary scene here, in a way that brief 30 minute meetings at book fairs can never achieve. And it works in terms of selling rights, especially successful for our authors, both in fiction and non-fiction.”

Sinclair, who leads the organization, says, “We’re hugely privileged to have this fellowship program as a means of attracting publishers to come and experience the industry here.

Thanks to our funders, in the six years since the fellowship began, we will have invited 55 senior international publishers to Scotland and given our publishers, agents, and writers the chance to get to know them in a more relaxed setting. It’s part of a wider internationalization strand within our work and is paying dividends in terms of rights deals made, and in the very important relationships that have been forged between the fellows and the sector.”

Frequently confusing to observers outside Scotland, the organization called Publishing Scotland is a “network, trade, and development body for the book publishing sector in Scotland” and is “supported by funding from the arts entity Creative Scotland.

In a statement from Alan Bett, who is the literature officer of Creative Scotland, we read, “The International Publishing Fellowship builds relationships between publishers and therefore develops channels for voices in Scottish literature to reach readers beyond the UK.

“By facilitating rights sales in international territories, the program builds a more global readership and profile for our authors, as well as contributing towards sustainable writing careers.”