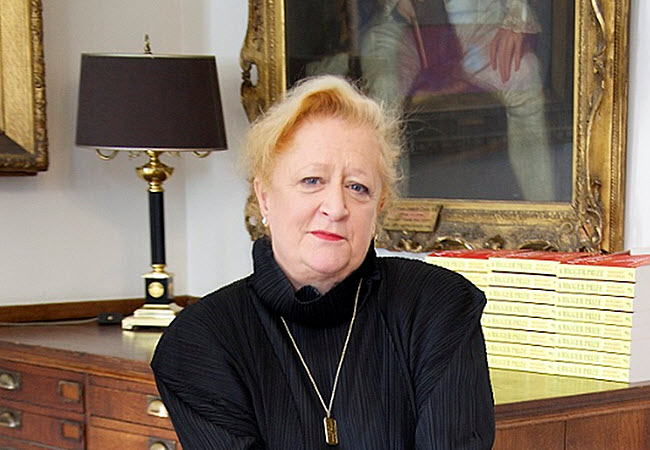 The last thing we expected was a coronavirus pandemic—as Margaret Heffernan’s new book ‘Uncharted’ could have told us. 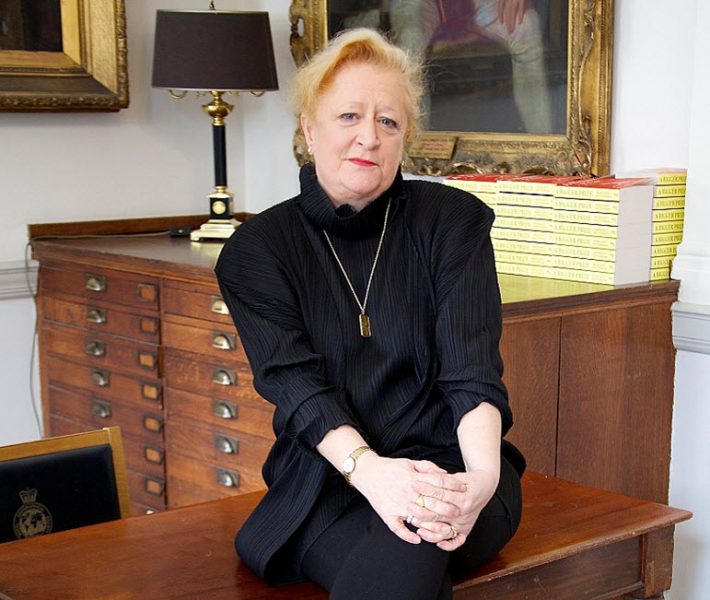 ‘What’s So Interesting About This Epidemic’

People keep ribbing her, Margaret Heffernan says with a laugh. “They tell me, ‘You’ve just written a book about how you can’t predict things, but your book predicts things.'”

And so it does. Look at Chapter 10 of Uncharted: How To Map the Future (Simon & Schuster UK, February 20) and you’ll find her quoting Richard Hatchett, CEO of the Coalition for Epidemic Preparedness: 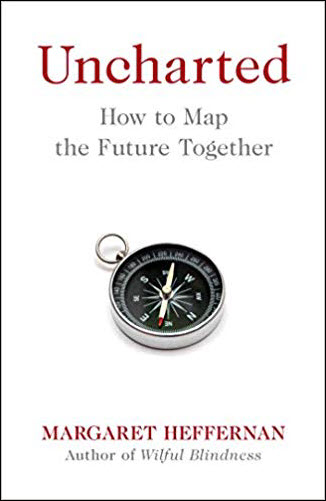 “There is no profile of an epidemic,” Hatchett tells her, “because new strains of a wide array of diseases constantly evolve; because separate geographies with distinct medical, education, and transportation systems require a variety of logistics and supplies; because wildly diverse cultures respond to different messages and authorities in specific ways; and because successful approaches are both medical and nonmedical, albeit in different proportions.”

All this sounds much too familiar to us as the novel coronavirus COVID-19 balloons its numbers of new cases and deaths.

What’s more, new studies from cases in France and Italy indicate that half the patients going into those countries’ overburdened intensive care units are not elderly. In the United States, as John Berman has reported today on CNN’s New Day, the Centers for Disease Control warn that some 40 percent of patients are between the ages of 20 and 54. The idea that Millennials have a resistance to the virus is disintegrating, even as young people throng Florida beaches, defiant in their lack of spring break distancing.

Exactly as Hatchett has told Heffernan, there’s no profile, there are too many variables. Saggar says, “We can’t necessarily assume the experience in China” where elderly victims led the emergency “will be the same in Europe or the United States.” 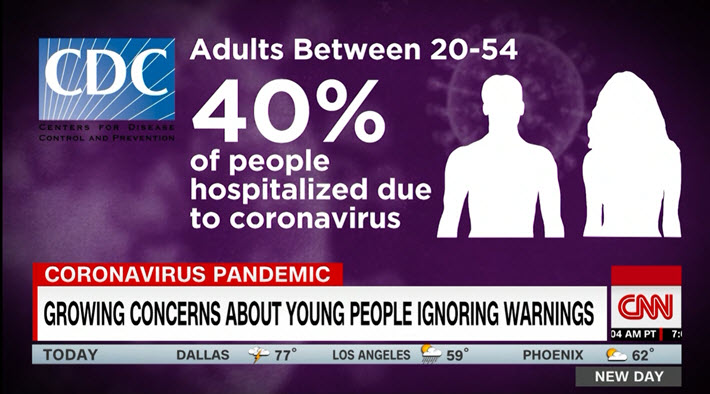 ‘This Idea That Human Life Is Predictable’

Here’s one more minor mystery surrounding the all-too-novel coronavirus sweeping the world: Simon & Schuster doesn’t plan to release Heffernan’s Uncharted in the States until September 8. So much for timely publishing, especially of a book ready to go and on the shelves of those virus-shuttered bookstores in the UK right now.

Heffernan, however, may not be so surprised at this. 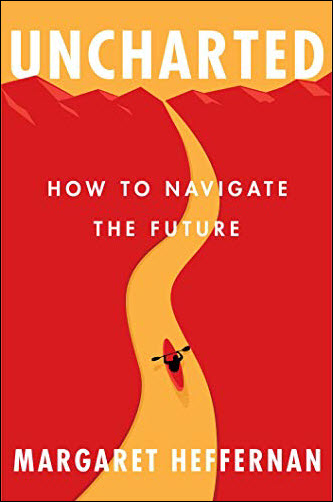 “We have come to expect the future to be minutely and perfectly predictable,” she writes in Uncharted. “And then it rains after all, the train’s late, traffic is held up by a crash, the neighborhood is noisy, the job hateful, and the election doesn’t go our way. Trump. Brexit. The end of history. The fall of idols. Booms and busts and out of the blue, #MeToo. The predictability of life, on which we’ve come to depend, seems to fall away and we’re left angry, intolerant, fearful.”

In a Publishing Perspectives interview with Heffernan from England, where she teaches at the University of Bath, you learn quickly that the palliative everyone’s looking for could be her laugh. She may have a well-turned British dialect now, but she laughs like the Texan-borne wit she is. And she comes to her TED Talking career as a contemporary cultural analyst with a background in news and documentary production with BBC Radio, Timewatch, Arena, and Newsnight.

And you quickly get a feeling that her 2011 release, Willful Blindness: Why We Ignore the Obvious at Our Peril  (Walker Books) holds the key to her most persistent concepts.

“We all have belief systems of one kind or another,” she says in interview. “And we tend very much to look at the stuff that agrees with us and kind of dismiss, marginalize, or trivialize the stuff that doesn’t fit in with how the world works.

“One of the messages of my book is that ideology can be very blinding. But when we can park that ideology and let our minds wander and be more open-minded about what’s going on out there, we tend to see more.

“The other thing that’s really important,” Heffernan says, “is that we have, over the last 100 years at least, very much fallen in love with this idea that human life is predictable. Whether it’s economic models, or big data or AI, if we just have enough data we can know everything. That was one of the founding ideas of a lot of Silicon Valley.”

‘It All Falls Apart’

Heffernan’s work examines a uniquely potent modern conviction that we’ve somehow evolved our thinking and our perceptive capabilities to such a dizzying height of rational fluency that something so dark and primeval as a mushroom cloud of viral contagion could never catch us off guard. Aren’t plagues a thing of the past?

“We have, over the last 100 years at least, very much fallen in love with this idea that human life is predictable.”Margaret Heffernan

“What we’re finding,” Heffernan says, “is that you can see a lot of patterns. But that doesn’t mean you can predict accurately that a pattern is going to repeat itself today.”

Nevertheless, overly confident of the efficacy of our predictions, we then shape the world around us for what we see as maximum efficiency. And that approach of pruning things down to “predictable” running costs, she says, is what underlies the dire shortages our hospitals are encountering right now.

Why make more of something when we know we’re able to predict just how many ventilators our hospitals need? Or how many surgical-grade face masks our medical workforce needs? Or how many viral test kits our many populations might need if the unthinkable happened?

“Our belief,” she says, “is that when you can predict things well, you can manage them with peak efficiency. That’s the mindset that we’ve all been brought up with. And yet when you start to examine it, it all falls apart. So our economic models aren’t perfect predictions. They always leave something out.

“We know that there will be future banking crashes, but we don’t know when or why history doesn’t repeat itself because every time you get something like an epidemic you know everything about the past epidemics that the people in the process couldn’t possibly have known. ”

Heffernan takes this all the way to issues in genetic engineering. Under certain circumstances, “You can tell before your daughter’s born that there’s a high probability that she’ll be born blonde. But DNA can’t tell you whether she’s going to be one of those blondes who turns brunette in her teenage years, as many do.”

Friendly but frank, Heffernan brings it down to the most everyday of terms: “What’s so interesting about this epidemic,” she says, “is that it’s reminding us that life is unpredictable. And however super-smart we think we are, we don’t know everything.”

“I started writing this book four years ago,” she says, “and I think it’s fair to say that almost everybody thought I was nuts—which they generally think about every book that I write. So I have to admit, there’s a kind of wonderful irony here, that it’s come out at just the moment when we’ve all started to see, ‘Oh, yeah, there’s always something we don’t know, there’s always something we couldn’t see coming.’

“When it comes to great leadership, you’d better have more clever people, more freedom to invent and experiment, than you think you’ll ever need.”Margaret Heffernan

“I think it’s quite chastening for all of us,” she says. “Nobody would wish for the depths of what this epidemic will bring, but it’s a timely reminder that neither we nor the whiz-boys of Silicon Valley know everything. And we never will.

“And when it comes to really great leadership”—so maddeningly lacking today in some of the nations confronting COVID-19—Heffernan says, “you can’t plan for what you don’t know. And so you’d better have more clever people, more freedom to invent and experiment, than you think you’ll ever need.”

Not for nothing is Chapter 10 named “Be Prepared.”

As we close our conversation, a report from the initial outbreak’s data in China is moving on the news: Four out of five people originally diagnosed in Wuhan were infected by people who did not know, and did not believe, that they were carrying the virus.

“You know what my husband always likes to remind me,” Margaret Heffernan says, “is that the great thing about science is that you don’t have to believe in it for it to be true.”

More from Publishing Perspectives the coronavirus outbreak is here. More on Simon & Schuster is here.