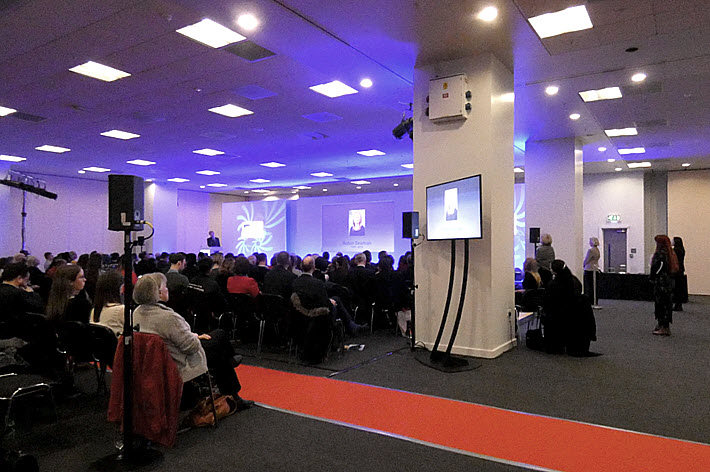 ‘Our Global Industry at This Difficult Juncture’

Had the 2020 London Book Fair been able to go forward this year, many of us would have been at the Pergola at Olympia London Tuesday night (March 10) for the International Excellence Awards winners’ ceremony.

Instead, winners were announced online and their trophies are being mailed to them.

Over the years, these awards—in which the UK’s Publishers Association annually serves as partner–have honored publishing figures, programs, and companies in at least 50 international markets have been highlighted by the awards program.

In the Bookstore of the Year category, annually supported by a sponsorship from Gardners, there were retailers from Estonia, New Zealand, and Yemen represented.

There were, in fact, two specific Market Focus Sharjah awards included, one for an adult trade award and one in children’s, YA, and educational publishing.

This year, Europe and Asia have led the way, with five and four prizes, respectively.

In a prepared statement, London Book Fair director Jacks Thomas is quoted, saying, “The International Excellence Awards always remind us of the innovative, important, and inspiring work being done by all those in the global publishing and book community.

“From translators in India and librarians in Finland to literary festivals in Ukraine and literary agents in France, these awards show the breadth of talent working in the industry around the world today.

“The London Book Fair celebrates our global industry at this difficult juncture, and we look forward to welcoming everyone back to London for the 50th LBF in 2021.”

For the Publishers Association, CEO Stephen Lotinga is quoted, saying, “Congratulations to all the winners of this year’s International Excellence Awards.  It’s inspiring to see the work and innovation in publishing around the globe.

“Although it is disappointing not be able to meet and congratulate everyone in person it’s fantastic to see the awards will be sent across the world–from Italy to India, Indonesia to New Zealand-–a true reflection of the international nature of publishing.”

The award program says about this award, “In his four-decade career, Bide has been committed to the creation of a modern, efficient supply chain for the global publishing industry. His groundbreaking work includes the introduction of standardized product metadata, identifiers, subject categories, and communication protocols, on all of which the industry depends.

“Bide has also been an energetic advocate for copyright, doing pioneering work on behalf of thousands of journalists and publishers. He designed and built the Automated Content Access Protocol (ACAP), allowing content owners to communicate their copyright terms and conditions online in a language that can be read by Google and Facebook.

“In addition, he has consistently championed the needs of those with reading disabilities, by working to ensure that accessibility metadata be included within the ONIX standard, thereby improving access to books worldwide for the reading disabled community.”

As Publishing Perspectives has reported, another element of the awards program, the Lifetime Achievement Award, has gone to Bloomsbury’s Nigel Newton.

For the extensive shortlist of program this year, see our earlier write-up here.