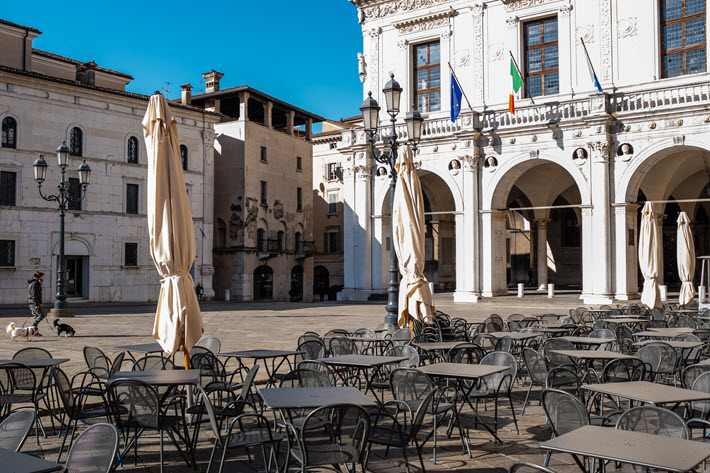 In a battle for inclusion among Rome’s economic casualties, Italy’s books business fights to gain traction among the wounded creative industries.

Of all the world markets we cover, Italy’s struggle has been the most wrenching, of course. And a message has arrived this morning (March 24) from Ricardo Franco Levi, who leads the Association of Italian Publishers (Associazione Italiana Editori, AIE), in which the strain is made clear in emphatic terms:

“We are overwhelmed,” Levi says to the international industry.

“We are working with political parties to access immediate emergency funds for the entire supply chain, and on specific measures to try to revive our publishing sector.”

He cannot, Levi says, imagine a way to more deeply “damage the culture of this country” than the process he and his associates are witnessing now.

Data points in his announcement today:

Declaring the book sector “one of the first economic victims of the coronavirus emergency,” Levi points out that publishing has been staggered “on a par with the world of entertainment, cinema and audiovisual.

“We are exhausted,” Levi writes in his message.

“This is why we ask the government to intervene to support the entire supply chain with emergency tools similar to those envisaged for these sectors, because we cannot afford a country without theaters and cinemas, but also without bookstores, publishers, promoters, book distributors,  translators.

“Today, the book supply chain is in danger of being disfigured and severely downsized.

“The closure of the physical bookstores has deprived publishers of their main sales channel. The difficulties of supplying online bookstores are further aggravating this situation.

“We cannot afford this. Hence our need for immediate emergency measures and more specific interventions, such as a credit card tax [to support cultural industries in stress]–something more in the medium-term than the long-term.”

Having arranged a special “observatory,” or ongoing statistical monitor, on the industry, the AIE’s latest update indicates that as of March 20:

Slightly Fewer Deaths: ‘We Are Exhausted’ 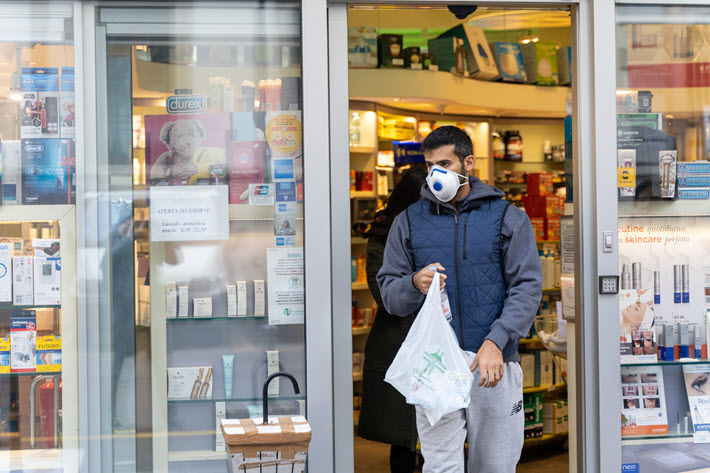 A decree from the Giuseppe Monte government on March 22 suspended commercial and production activities in Italy until April 3. This directive, however, did allow for “smartworking,” a term for the kind of remote working arrangements so many publishers and associated businesses are resorting to as both standard office interaction and commutes to and from work become too dangerous to risk.

“The closure of the physical bookstores has deprived publishers of their main sales channel. The difficulties of supplying online bookstores are further aggravating this situation.”Ricardo Franco Levi, AIE

One small but potentially helpful element for existing inventory has been provisions in the decree both of the 22nd and of an earlier one on March 11, both allowing for the sale of books in supermarkets and “hypermarkets,” both of which are allowed to operate as essential businesses that supply food.  Online commerce has been permitted, of course, but parts of the Italian market’s consumer base have been slower to adapt to digital sales and reading than have the readerships of some other markets.

As Levi’s messages to the AIE membership have pointed out, some of the allowances of the national decrees—which have placed lockdown conditions on the entire 60-million-person nation—have been hard to determine and have needed clarification from a government which is, itself, clearly under enormous stress.

This morning (March 24), Italy—presently the world epicenter for the viral outbreak—has presented some slim but hopeful signals. As Nicola Ruotolo in Rome and Sharon Braithwaite in London are reporting at CNN at the time of this article’s writing, “The number of coronavirus cases are rising but the increases are slower than compared to what happened in the last week, said Lombardy governor Attilio Fontana during a news conference today.”

Public health analysts have been closely watching the Italian figures in the past few days as they seem to have crested and begun, as Fontana suggests, a trend toward slowing growth. This would be particularly significant for other markets such as those of the United Kingdom and United States, because the change in the rate of new cases and/or deaths would have followed two full weeks of the harshest lockdowns Rome has imposed–presumably indicating that such restrictions in other markets—if maintained—could see a similar impact on transmission.

The Johns Hopkins data base at this writing shows Italy standing at 63,927 cases and an appalling 6,077 deaths. By comparison, China has logged 3,160 deaths.

After topping out at 793 deaths on a single day—in a four-day crescendo from some 350 deaths daily to more than 600—the daily toll has drifted somewhat downward into the range of 650 or fewer deaths for the past couple of days. This, as military trucks, have been deployed to remove bodies.

Update: 6 p.m. ET March 24 (2200 GMT): Today’s new totals from Italy are a bit less encouraging. There were 743 deaths in the past 24 hours, the second-highest daily total. However, there is some encouragement in a continued modest slowdown in the number of new cases detectged. More is being reported on the day’s situation by BBC News.

Jason Horowitz and David Kirkpatrick at The New York Times have a helpful story on the situation, updated early today. In that story, we read, “The number of patients in the hospitals in Lombardy, the region that is by far the hardest hit in Italy, had gone down as well, to 9,266 from 9,439.”