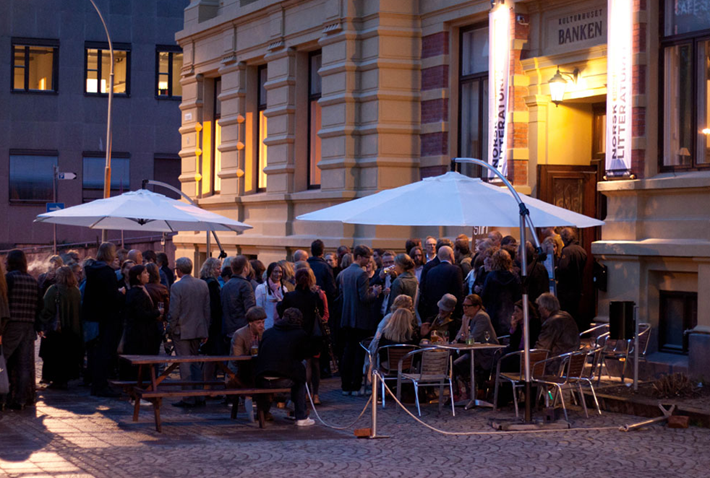 At an event in the 2019 Norwegian Festival of Literature in Lillehammer. The IPA’s International Publishers Congress was timed to the festival’s run in late May. Image: Norsk Litteraturfestival, Tor Alver Moen, LKK

‘The Climate of Uncertainty’

The IPA International Publishers Congress, as it’s properly known, is being canceled today, as we’ve been notified in a message from the IPA’s offices in Geneva.

The confirmation comes from the IPA secretary general, José Borghino, and from Kristenn Einarsson, who is the managing director of the Norwegian association as well as the chair of the IPA’s Freedom To Publish committee, which confers the annual Prix Voltaire.

Here’s the text of their statement to the association’s world membership, which comprises 83 member-organizations in 69 countries:

The climate of uncertainty caused by the COVID-19 pandemic makes it impossible to proceed with the congress as scheduled. Apart from serious questions of maintaining personal health and safety, both IPA and NPA also wish to provide short-term certainty to speakers, delegates and congress partners.

The IPA and NPA are aware that this decision will raise many practical questions for speakers and delegates who will be contacted as soon as possible. We would like to thank you for your support of the congress and hope you understand the decision that we have taken.

Timed this year to dovetail with the Norsk Litteraturfestival, the Norwegian Festival of Literature in Lillehammer, the program was expected to draw several hundred delegates.

As Publishing Perspectives has reported, a first announcement of speakers showed Einarsson and the ground team in Oslo to be working on an ambitious program, in association with IPA’s president Hugo Setzer, its vice-president Bodour Al Qasimi, and other key players in the growing network of world publishing centered in IPA.

And one of the most promising elements of the congress programming was a suite of new studies commissioned expressly for the event under Einarsson’s direction.

We’ll bring you updates as soon as they’re received on follow-ups and plans on the other side of the pandemic. Meanwhile, a note about the cancellation has been posted to the congress’ site. 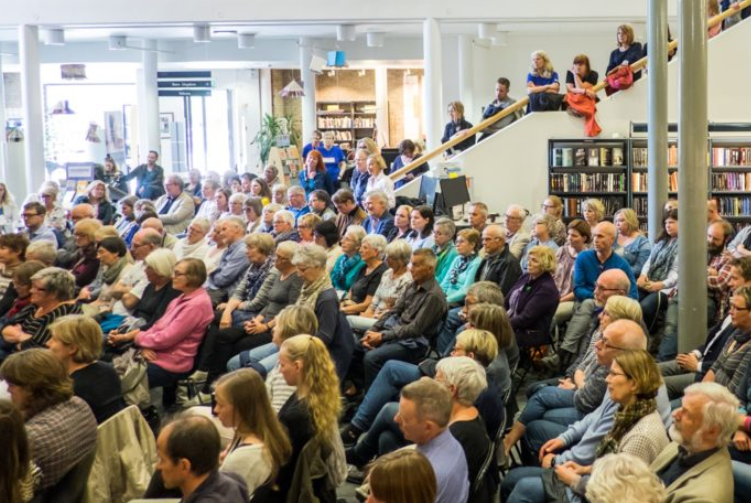 At an event in the 2019 Norwegian Festival of Literature in Lillehammer. The IPA’s International Publishers Congress was timed to the festival’s run in late May. Image: Norsk Litteraturfestival, Caroline Strømhylden