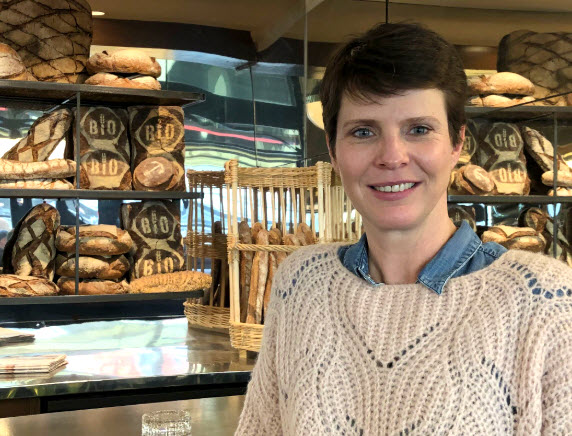 Widening the show’s relationships: At the Brussels Book Fair under Marie Noble’s direction, ‘We’re not only going to flirt’ with Belgium’s Flemish literature and culture, ‘we’re going to get married.’ 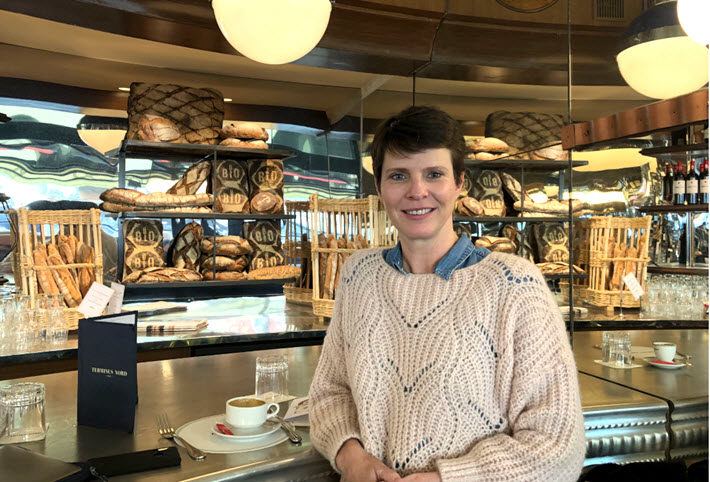 Editor’s note: The Foire du Livre de Bruxelles, Brussels Book Fair, has the distinction of being one of the very few world publishing events to run on schedule in this year of the coronavirus’ disruption. You can find our story on that success here. And in our new Spring Magazine, you’ll find a look at Brussels’ first European Rights Market. —Porter Anderson

The Brussels Book Fair is one of those smaller events that has wind in its sails. 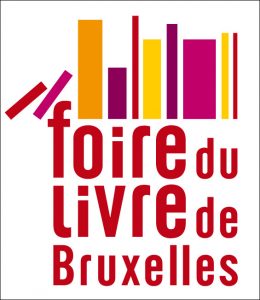 It got its first boost five years ago from a new director, Gregory Laurent.  Among other innovations, Laurent made the fair free of charge, increasing public attendance and partnerships.

Now—having brought the show to its close on-schedule on Sunday (March 8)—Laurent is leaving to head the cultural service at the city’s Université Libre de Bruxelles, and Marie Noble is the incoming director. She’ll start full-time in April.

Noble, who in 2018 created the collective Station—which manages cultural projects—has a background in English literature and German philology. She also has headed visual and cultural arts events. She says that for the moment she has intuitions about how she’d like to develop the fair, but they’ll have to be squared with reality.

“I’d like to work on a more cross-sectional approach,” Noble says, “bringing in other artistic disciplines such as music and illustration to give visitors a total experience. You can use creativity for these sorts of events, in this case, a celebration around literature. It will be interesting to work alongside authors and publishers to see how we can interest readers with peripheral events, as well.

“I’m very interested to see how this country has several identities and languages, to see how they function, how their system of democracy works.”Marie Noble

“In general, things aren’t so fun right now. The economy is fragile, and the fair is a microcosm of the world, of culture, the economy, and democracy.”

Noble says that she’s all for collaboration and partnerships and will continue in a vein that Laurent began, for example, with Flanders. In Belgium, which is divided along linguistic lines, the Brussels fair is for French-language books, while the Antwerp fair, Boekenbeurs, is for books in Flemish and Dutch.

Flanders was Brussels’ guest of honor for the first time in 2019. The event was called “A Flirt with Flanders.” And Noble says she’ll continue this rapprochement.

“We’re not only going to flirt,” she says, “we’re going to get married. We need to get over this fossilized situation—the Flemish are so forward-thinking and Flemish literature is fantastic.”

‘A City Full of Contradictions’

Noble says she sees Brussels, the unofficial capital of the European Union, as a place in which Europeans can talk about culture, rather than always focusing on politics and economics.

“It’s only by meeting each other,” she says, “that we can get rid of our fears. Brussels is a city full of contradictions, but whether it wants to be or not, it’s a place where many different people come together.”

Being a European hub can become a specificity of the fair, Noble says, through the development of linguistic and translation events.

“Translators are artists in their own right. For the moment we’ve focused on the francophone side of things, but it’s possible to open up this aspect.”

On a more local level, Noble says she’d like to work on integrating and collaborating with cultural institutions and community centers in the fair’s Kanal neighborhood, the site of a growing cultural hub project.

Noble already is working on 2021’s guest of honor program featuring Switzerland, which stands outside the European Union. The two countries will co-commission the event, and Noble says there’s already a form of entente, because the Belgians and Swiss have long been the brunt of jokes made by the French.

“I’m very interested to see how this country has several identities and languages,” she says, “to see how they function, how their system of democracy works.”

As a way of getting to know Noble through literature, Publishing Perspectives asked her to list some of her favorite authors:

In the classics, she names Haruki Murakami, Kafka on the Shore; Stefan Zweig, The World of Yesterday; Virginia Woolf, Mrs Dalloway. Her favorite books by Belgian authors, she says, are Lize Spit (Débâcle) and Tom Lanoye (la Langue de ma mère). And she says her most recent favorite books include Géraldine Schwarz’s les Amnésiques and Catherine Meurisse’s Delacroix.

More from Publishing Perspectives on the coronavirus outbreak and its effects on international publishing is here. More from us on the Belgian market is here.