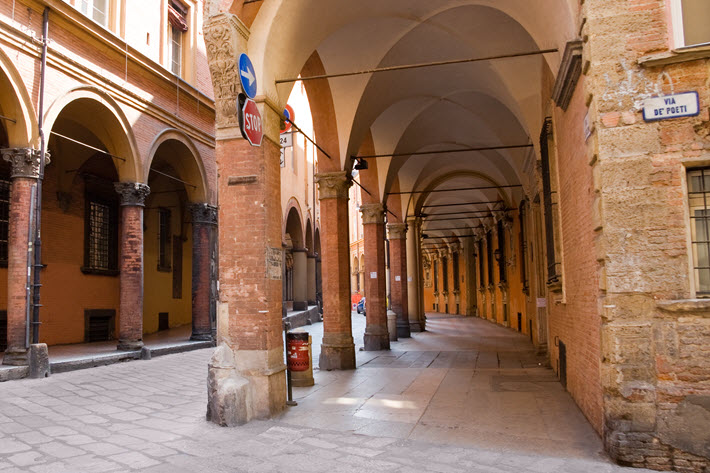 Having rescheduled initially to May, the Bologna Children’s Book Fair now has had to cancel its 2020 show. This and other news is in today’s COVID-19 updates. Your event news is welcome.

This morning (March 11), Elena Pasoli, who directs the trade show Bologna Children’s Book Fair, has alerted the news media that the fair is being canceled.

You’ll recall that the fair changed its dates from the end of March to early May, trying to avoid the outbreak as it began to make itself felt in the Emilie Romagna. Now, with Giuseppe Conte’s government in Rome extending the lockdown to the entire country—with cases racing past the 10,000 mark—the fair’s administration has realized that it must close down the show for this year.

It’s another blow to world publishing and at a time when our Italian colleagues are on the front line of the widening crisis.

Here is the message from Pasoli:

“It is with great sadness that BolognaFiere announces the decision to cancel the 57th Bologna Children’s Book Fair (BCBF). As a consequence, Bologna Licensing Trade Fair has also been cancelled.

“Unfortunately, the spread of the coronavirus epidemic both in Italy and internationally has dashed every hope of holding the fair even on the recently announced rescheduled dates of May 4 to 7.

“Bologna will nonetheless be present: the BCBF team is working to recreate online the atmosphere and the business and networking opportunities that make both Bologna Children’s Book Fair and Bologna Licensing Trade Fair a unique event, the most important go-to venue for the children’s publishing world and a cultural hub providing an overview of the new international creative trends.”

“We’re are dealing with a genuine emergency, one that involves not only our country but, unfortunately, has an international dimension. The need to contain the spread of the coronavirus has made it necessary to introduce strict limits on travel between countries, thus having a significant effect on all forms of business.

“The trade fair system, which is based on face-to-face meetings and networking, has had to deal with an unprecedented situation. The aim, now more than ever, is to support businesses and ensure the best circumstances for the repositioning of individual initiatives in light of this situation. For the Bologna Children’s Book Fair, for which 90 percent of exhibitors arrive from abroad, it would have been unthinkable for us to propose an event at which participants would not be able to take part with the necessary peace of mind and in the atmosphere of friendship and collaboration that characterizes this great international community that each year comes together in Bologna.

“It was not easy to take the decision to postpone the event until 2021, but we have done so in the knowledge that we are providing an important contribution to overcoming this current situation. It often happens that unexpected and unprecedented situations breed new ideas, and this is exactly what has occurred with the Bologna Children’s Book Fair that is not merely postponing the event until 2021 but is already working on a series of new projects and initiatives to unite this great international community, whose faith in us has enabled the Book Fair to become the global reference event for the sector.

“Finally, the announcement well in advance of this decision has been based on the knowledge of how important it is for all participants to plan every detail of their attendance at a fair event, and at the same time, to best enable everyone concerned to best plan their own work in relation to the scenarios that the international situation imposes on us.”

About Our Accelerating Notes on a Quickening Crisis

As our readership knows, we have been moving daily articles on the international coronavirus outbreak, which is impacting a growing number of publishing markets in deepening ways. As the spread of the virus accelerates, so will instances of adjustments to what in normal times is a broad range of industry events: trade shows, conferences, book fairs, and festivals.

Because we’re getting so many updates to these activities now, we hope to offer you a faster look when we have updates.

And to that end–in addition to our Bologna news–here’s what we have today. We also commend to you our story today from Rakuten Kobo in Canada and Gruppo Mondadori in Italy on a fine free-reading program for some of the Italian citizens living through that market’s nationwide COVID-19 lockdown.

See the end of this article for a note about sending us information on your event.

Originally planned to have started on Tuesday (March 10) to run through March 21, the international literary festival Lit.Cologne and its associated children’s program are canceled. The cancellation has been made on the advice of the mayor, Henriette Reker, who is quoted, saying, “In the current situation, we have to do everything to break the chain of infection. Therefore, against the background of the recommendations of the federal minister of health, I have advised [organizers] not to carry out Lit.Cologne at this time.”

Let us direct you to a new report from The New York Times‘ excellent live-updates team, in which the German chancellor Angela Merkel, is quoted saying that the coronavirus is likely to infect about two-thirds of the German population. Merkel: “Given a virus for which there is no immunity and no immunization, we have to understand that many people will be infected. The consensus among experts is that 60 to 70 percent of the population will be infected.”

That conference event, normally referred to as TLA, is set for Houston, March 24 to 27.

At Publishers Lunch, Erin Somers reports that Macmillan has made a similar withdrawal from TLA.

GrubStreet’s The Muse & the Marketplace

In Boston, Eve Bridburg’s nationally noted GrubStreet writing program has announced in an email that its annual conference, The Muse and the Marketplace, must be canceled this year. The program was scheduled for April 3 to 5.

In a note on the site, the company says, “Today, after Governor Baker’s declared state of emergency for Massachusetts, we’re announcing with great sadness that Muse 2020 is cancelled. Like you, we’re very disappointed, but protecting the health and safety of our conference-goers is our absolute top priority.

“We aim to send everyone involved with the conference—every attendee, presenter, volunteer, and more—a personalized, detailed email with more information by Friday, March 13. This email will include alternative plans for the Manuscript Mart, the process for refunds and credits, and all other updated information as we know it. Thank you for your patience, and please stay safe.”

An announcement from the Audio Publishers Association indicates that at the present time, the association intends to move forward with its annual conference, APAC, set for May 27, the day before the two-day BookExpo floor opens. (At this point, Reed Exhibitions’ BookExpo itself and ReedPop’s BookCon are saying they also expect to go ahead.)

The audio association is extending its early registration discount to May 1 “so members have more time to evaluate their plans.” Voice talent, however, should still plan to submit their clips for speed dating by April 6, and Meet the Producers and Business Diagnostics surveys are still due by May 4.

This one has been rescheduled from original April dates to October 3 and 4.

Hillel Italie at the Associated Press writes that the Poets & Writers magazine 50th anniversary gala in New York, set for Monday (March 16), has been canceled.  Guests and attendees were to have included Oprah Winfrey, Michael Chabon, and Michael Pietsch.

Virginia Festival of the Book

This annual Charlottesville-based Virginia Festival of the Book festival has a message on its site announcing that the University of Virginia has “strongly discouraged all travel for non-essential purposes, particularly that by air, to large gatherings, and to areas experiencing high numbers of COVID-19 cases, asking that members of the community apply similar judgment in considering personal travel commitments.

“Though there has not been a case of COVID-19 on [our] grounds or in the greater Charlottesville community, at this time, the Virginia department of health has confirmed five cases of COVID-19 in the Commonwealth.”

While we’re receiving good notice from many associates in the world industry, we hope you’ll join them in telling us about your coronavirus-related news so that we can convey that information to our international readership. Please send such news to Porter@PublishingPerspectives.com 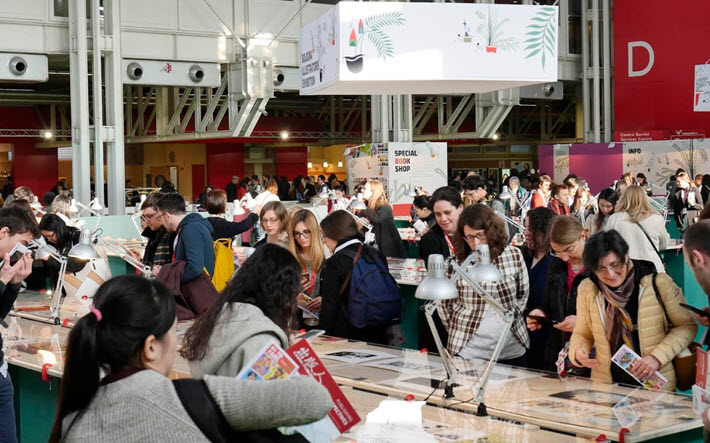