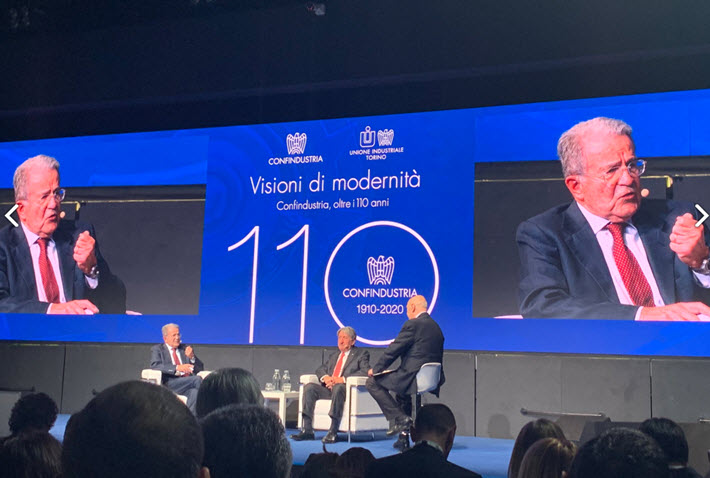 The umbrella association of Italy’s publishing, film, television, audio, museum, and other cultural industries warns of deep damage, as lockdown extensions are likely. 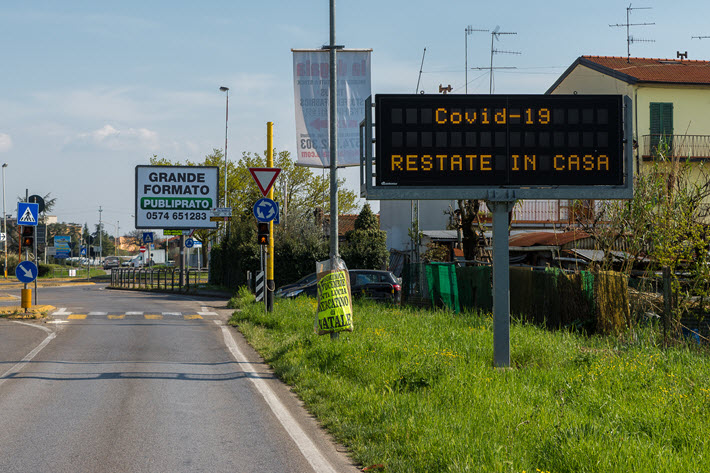 Some of the most daunting pandemic numbers yet released to describe the crisis’ impact on a market’s creative industries have arrived from Italy’s  Confindustria Cultura Italia (ICC), the cultural industry federation.

Publishing Perspective readers have heard of this consortium before, of course, thanks to an alert the group issued earlier this month as the coronavirus infections total hit 3,800. This umbrella association—which includes the Association of Italian Publishers (Associazione Italiana Editori, AIE) as well as the powerful Italian cinema and audiovisual associations (ANICA, APA, UNIVIDEO), along with the heritage-promotional agency AICC—represents altogether more than 150,000 companies and at least 5.4 million workers.

What’s more, the Confindustria comprises a membership of 219 local and trade associations and maintains its own mission in Brussels, working both for Italian cultural enterprises in the context of the European Union. The Confindustria celebrated its 110th anniversary in an early February conference.

At this writing, the Johns Hopkins Coronavirus Resource Center reports 97,689 cases confirmed in Italy, with 10,779 deaths—both figures surpassing those of China. Only the United States has a larger caseload report (142,328) and a much lower death toll, as yet, at 2,489.

In fact, the Italian nightmare continues to prod other world contagion centers–currently neighboring Spain, Germany, France, the UK, and the States, in particular–with the gravity of its numbers. On Sunday, Italy’s official death toll from the virus was 756, while Spain reported 838. And while it appears that new case numbers are starting to slow in Italy, the effect of so many deaths (average age 78) is that Italy’s large elder population is being extensively diminished. 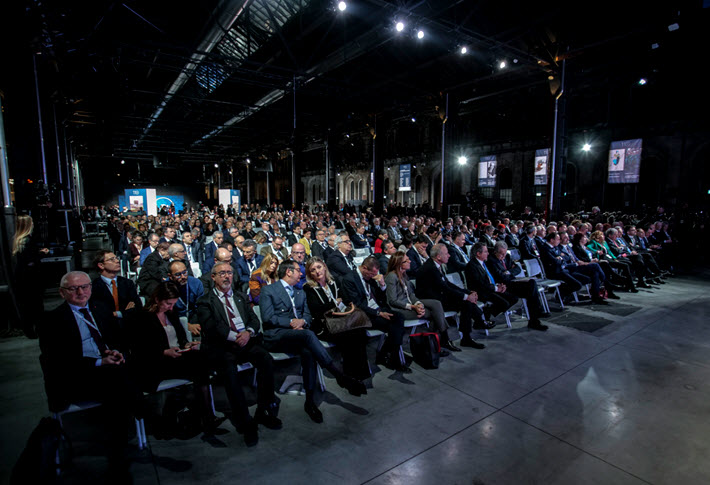 Hundreds of Italy’s cultural industries’ representatives were at the organization’s February 1 assembly in Torino, a celebration of the overall Confindustria’s 110th anniversary. Image: Confindustria

In the text of the brief message to news media from the Confindustria this time, we see the president, Innocenzo Cipolletta, acknowledging the Giuseppe Conte government, saying, “We appreciate the great efforts of the government in dealing with the coronavirus emergency.”

Cipolletta references Rome’s program called “Italian Care,” which is an initial business-supportive measure for the country’s staggered commercial sector. The program, Cipolletta says, is still critical for the nation’s industries, and especially for the creative industries which he says, “are on their last legs.”

But some of the figures Cipolletta reports in his new report are stunning—the first set of which, for the books industry, was communicated last week:

In light of these estimates, the consortium of organizations is calling on Rome for:

Reuters’ Giulia Segreti reports that that while death tolls in Italy have fallen in the last three days—from a high of 919 Friday to 889 Saturday and 756 Sunday (March 29), the lockdown measures imposed on the country are likely to be extended past their scheduled conclusion on Friday (April 3). Italian media, she writes, anticipate a two-week extension, to April 18.

The overwhelming concentration of the coronavirus emergency in Italy lies in the northern part of the country, by some estimates as much as 80 percent. Media reports indicate growing concerns for widening infection numbers in the south.

This, as the unofficial designation of world epicenter of the pandemic has moved to the United States and specifically to New York City. At this writing, the Johns Hopkins data shows the States’ caseload at 142,502 (to Italy’s 97,689. The American death toll is at 2,506.

Onstage at the organization’s February 1 assembly in Torino. Image: Confindustria

More from Publishing Perspectives on Italy is here. And more from us on the coronavirus outbreak is here.