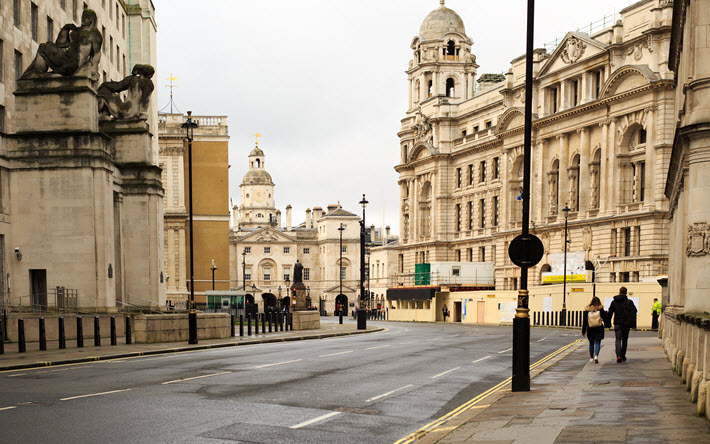 Among today’s flurry of changes, postponements, cancellations, reconsiderations, and occasional confusions prompted by the ongoing progress of the coronavirus COVID-19’s progress, we start with the International Booker Prize.

Its shortlist, we’re told by the Booker Foundation’s spokespeople, now is to be announced in a digital communication on April 2 at 12 noon BST. (The UK’s daylight saving time, called British Summer Time, begins in the early hours of Sunday, March 29. At that point, the UK will not be on GMT but will be an hour ahead of it, on BST.)

Keep in mind that this is not the Booker Prize for Fiction. The Booker International Prize is the younger award, established in 2005 to honor an author and translator equally for a work of fiction translated into English.

The prize is awarded annually for a single book translated into English and published in the UK or Ireland. Both novels and short-story collections are eligible. The contribution of both author and translator is given equal recognition, with the £50,000 prize (US$58,464) split between them. Each shortlisted author and translator will receive £1,000 (US$1,169), bringing the total value of the prize to £62,000 (US$72,495).

You can review our coverage of the longlist of 13 titles in our February story. 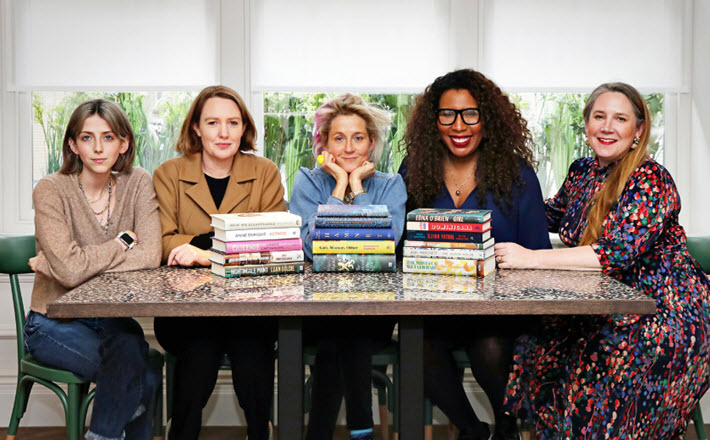 The UK’s Women’s Prize for Fiction has announced this morning (March 25) that it will postpone its announcement of the 25th-anniversary awards program’s winner to September 9.

The original date for the event was June 3.

The program does still intend to have from its jurors a shortlist of six titles on April 22.

From the entries submitted each year, the judging panel selects a longlist of up to 20 titles, a shortlist of up to six titles, and one winner.

The winner receives a check for £30,000 (US$35,008) and a limited edition bronze statue known as a “Bessie,” created by the artist Grizel Niven. Both are anonymously endowed.

The longlist for the program this year comprises: 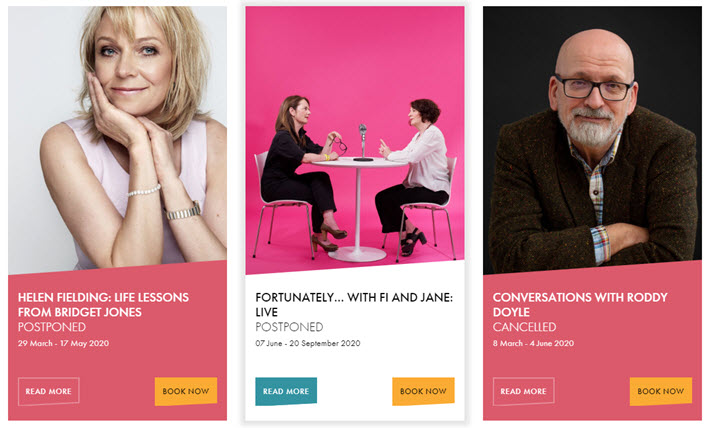 You may recall our interview in November with Alex Fane, whose production company uses large venues to present celebrity literary events and festivals.

Not unexpectedly, much of this presentational work has had to be suspended in the coronavirus emergency. In many cases, of course, Fane has utilized West End theaters in London for events on their weekly “dark” nights, to create evenings for book fans on some very big stages.

In media messaging this morning (March 25), Fane Productions says that it had to cancel or postpone its March and April shows. And ‘now that clear government advice has been issued,” the company says, “we have extended this policy to cancel, postpone or reschedule the majority of our May and June events.”

The advice referred to, of course, is that being promulgated now by the Boris Johnson government, which on Friday evening imposed stricter lockdown requirements, giving the police the power to disperse groups and fine violators.

Whether the guidelines are “clear” seems to depend on who’s talking–something many markets have experienced, not just Britain, as governments try to wrestle with the upheaval. But with the United Kingdom’s caseloads moving past 8,317 and deaths jumping rather quickly to 434 per the Johns Hopkins unit’s figures, it’s abundantly evident that audiences of hundreds or thousands simply aren’t doable.

Fane’s events and their fates vary widely, so ticket holders are advised to check the company’s planned events and find the status of a given show there. A program called “Helen Fielding: Life Lessons From Bridget Jones,” for example, lists as postponed, while “Conversations With Roddy Doyle” is canceled.

According to the company, those holding tickets are being contacted by their events’ venues. “Please do bear with them as venue box offices are under huge pressure and will so appreciate your patience.”

The company says its expectation is that shows starting in July will go forward as planned. This, of course, remains to be seen. 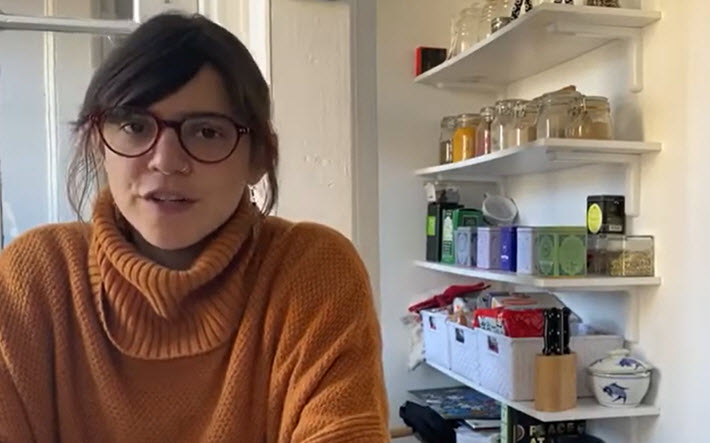 The Rathbones Folio Prize in London accomplished its digital announcement of Mexican novelist Valeria Luiselli as its 2020 winner for her first book in English, Lost Children Archive from 4th Estate.

In a taped acceptance speech, Luiselli said that while she’s worried about various elements of the publishing industry during the coronavirus pandemic, “I’m not at all worried about the future of literature. Which means we’re all going to be alright eventually.

“Literature is always and again revealing to us in times of uncertainty and fear, what we can do, what we can reach for inside of ourselves and in community with others a kind of fierce drive, a commitment to collectively reimagine the narrative of our everyday-ness.”

In a statement on the win, Pual Farley, head of the jurors, said, “In a year of brilliant books, Lost Children Archive by Valeria Luiselli is our unanimous choice as winner of the 2020 Rathbones Folio Prize–and we’re all thrilled and delighted to be able to celebrate this genuinely original and bravura performance of a novel: a road trip, a documentary, a portrait of a family and of the American borderlands, and a journey into the idea of home and belonging doesn’t even begin to do justice to this singular, teeming, extraordinary book.”

As mentioned in our previous material, Waterstones is offering 500 people currently self-isolating the chance to win da free copy of Lost Children Archive, which will be delivered to them at home.

Here’s the video of Luiselli’s comments for the Rathbones Folio Prize:

More from Publishing Perspectives the coronavirus outbreak is here. More on publishing and book awards programs is here.