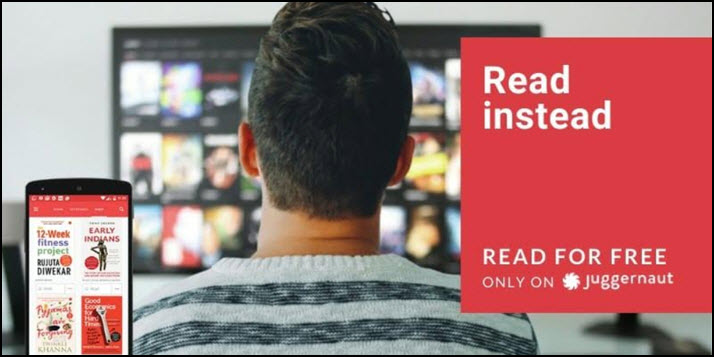 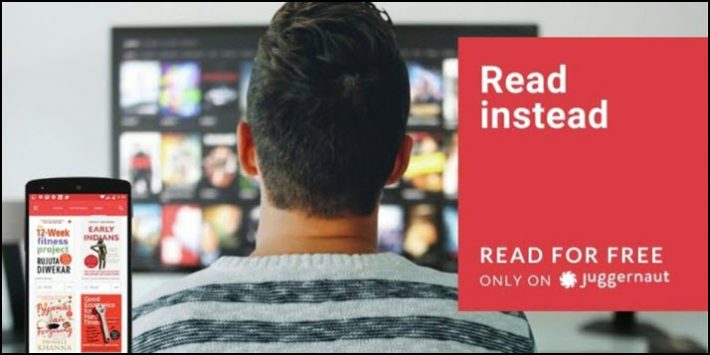 Known in the industry as one of world publishing’s most resourceful thinkers, New Delhi’s Chiki Sarkar has alerted Publishing Perspectives this morning (March 26) to her sure-footed adaptation to the COVID-19 crisis.

“As you know,” she says, “the coronavirus has closed down print business–so that part of our business is making zero money, as it is for all Indian publishers.”

Indeed, as Jeffrey Gettleman and Kai Schultz have reported at The New York Times, India’s prime minister Narendra Modi gave his nation just four hours’ notice before locking down all 11.3 billion people for three full weeks, “the biggest and most severe action undertaken anywhere to stop the spread of the coronavirus.”

The Johns Hopkins Coronavirus Resource Center has India at 694 confirmed cases and 16 deaths, a relatively mild set of numbers in comparison to those of many nations. But as Gettleman and Schultz write, “the fear is that, should the virus hit as it has in the United States, Europe, or China, the consequences would lead to a disaster far bigger than anywhere else.” This is because, they write, India is a nation in which “hundreds of millions of citizens are destitute and countless millions live in packed urban areas with poor sanitation and weak public health care.”

So it is that in announcing the shuttering of India on Tuesday night, Modi said, “There will be a total ban on coming out of your homes … Every state, every district, every lane, every village will be under lockdown.”

As Gettleman has written in a follow-up, however –with colleagues Karan Deep Singh, Vindu Goel, and Hari Kumar–the hardships of this gigantic shutdown are almost immediately devastating. “India’s economy was sputtering even before its leader announced the world’s largest coronavirus lockdown,” they write. “Now the state-ordered paralysis of virtually all commerce in the country has put millions of people out of work and left many families struggling to eat.” 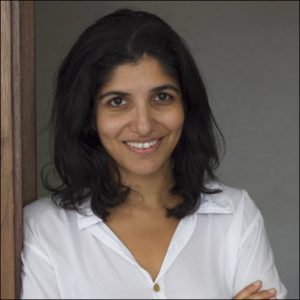 Sarkar, whose Juggernaut publishing company is two years old and presents more than 5,000 titles by some 2,000 authors, is, fortunately, a publisher whose grasp of digital marketing capabilities has defined her success.

Supported by her CEO Simran Khara and a strong editorial staff, she’s been carefully watched for her understanding that making books less intimidating to many in her culture has meant also making Internet retail and development less intimidating in a tradition-bound industry.

You see how she puts across an aggressive appeal to readers on her site. The first banner in her slider at the top is a massive ad for a book offering the World Health Organization’s guidelines on safety in the pandemic. And after a single line of “Readers Club New Releases,” she’s showing potential customers an entire “COVID-19 Reading List.”

This is the sort of adaptive, social response she uses to reach into consumer interests, and as her enormous market’s physical retail channels went dark on Wednesday morning—and with some foresight—Sarkar was positioned to take advantage of her online fluency.

Sarkar: ‘We Made Our App Go Free’

“Last week,” as the contagion’s approach grew, she tells us, “we initiated a massive #ReadInstead campaign.

“We made our app go free, which has been huge for us. Our installs doubled and our ebook downloads have grown four times. The campaign is also being extremely well received on social media. Our app analytics have also gone up,” across the board, “from monthly actives to weekly retention.”

And then she reached out to another agile digital player. With the #ReadInstead campaign moving, she says, “We launched a massive online literature festival with Scroll.in“–the news and entertainment site that registers a reported 12 million unique users’ visits daily.

The #ReadInstead LitFest with Scroll.in 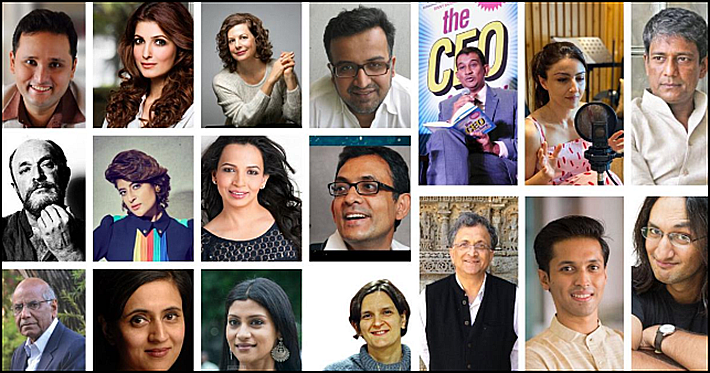 A host of authors and actors are set to appear in the #ReadInstead literature festival online, a partnership between Chiki Sarkar’s Juggernaut and Scroll.in. Image: #ReadInstead

The festival opens Friday (March 27), and Sarkar says, “We’ll run it for a month, and most of India’s top writers are taking part. The festival has talks, dialogues, and writing workshops, and some of India’s most respected actors are doing readings.” In addition, one day will be dedicated to kids’ storytelling. 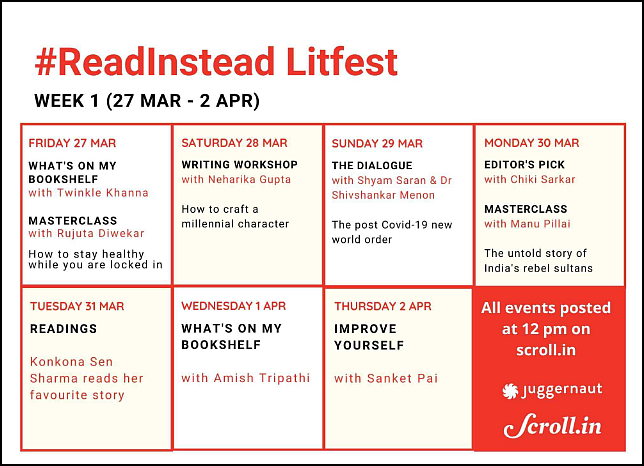 She’s not kidding about the level. Author Amish Tripathi—who can pull seven-figure advances for his work based in Indian mythology—leads an impressive array of authors whose headshots have gone up in advance of a timed announcement coordinated with Scroll.in.

In the online festival’s agenda, all events post on Scroll.in on their date at 12 noon, Delhi time (0630 GMT—remember that New Delhi has a half-hour offset). The site has a newsletter for the program, to keep followers informed.

Fernandes: ‘The News That Matters’

From the Juggernaut.in site home page

In statements about the partnership behind the #ReadInstead festival, Sarkar is quoted, saying, “At Juggernaut, we’re always trying to do something original, and we’ve been playing with the idea of creating an online literary festival for some time. This was the perfect moment.

“Our vision is to get more people reading and to find new ways to bring the magic of books and reading to them. The #ReadInstead LitFest will, we hope, entertain and stimulate people in this difficult time and remind us of the power of books.”

Scroll-in editor Naresh Fernandes says, “In this uncertain time, we unexpectedly find ourselves with time to read all those books we’ve been stockpiling for a rainy day and to reflect about the ideas that have shaped our world.

“Scroll.in was started with the idea of covering the news that matters and things that make life worth living. Juggernaut has given us the opportunity to reiterate this.”

And to Publishing Perspectives, Chiki Sarkar says, “In its scale, this is pathbreaking and–perhaps I’m being a little arrogant here– but I don’t think any publisher is doing so much during this moment.” 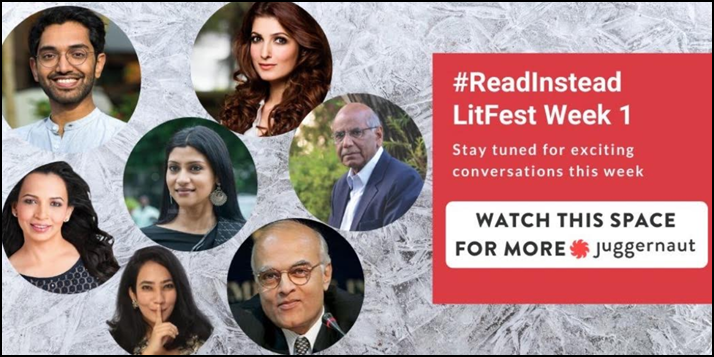 More from Publishing Perspectives on the coronavirus outbreak is here. More from us on Chiki Sarkar is here, and more on the Indian market is here.