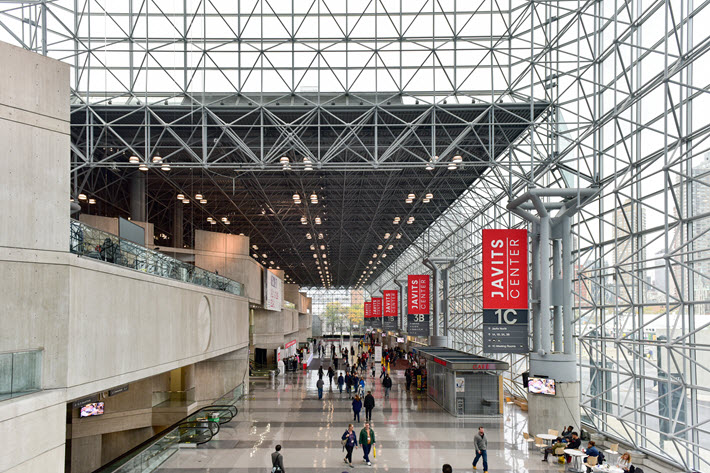 The Book Industry Study Group is opening a survey relative to the impact on publishing of the COVID-19 emergency, and Hachette, Simon & Schuster, and HarperCollins withdraw from BookExpo.

‘In the Interest of Health and Well-Being’

Our regular readers will remember that Penguin Random House on March 18 announced its decision to withdraw from New York City’s BookExpo, when the annual trade show still was scheduled for the end of May.

The next day, May 19, BookExpo—along with its New York Rights Fair, the Unbound novelty merchandise show, and BookCon—moved to July 22 to 26, its media messaging talking about New York state “requests about large gatherings” in terms of crowd size during the COVID-19 outbreak. Three days prior, the state’s governor, Andrew Cuomo, had announced a 50-person cap.

Today (March 26), Hachette Book Group, the American division of the Lagardère Group’s Hachette Livre, has announced that it, too, will forgo participation in Reed Exhibitions’ production this year.

In a statement from a company spokesperson, we read, “With the impact of the coronavirus still an unknown, Hachette Book Group has decided to withdraw our participation in Book Expo and BookCon 2020 in the interest of the health and well-being of our employees and authors.

“We’ll miss having the opportunity to engage with booksellers, librarians, and readers, but are committed to finding new ways to connect these audiences with our books and authors.”

And Hachette’s decision is the third to arrive this week.

Simon & Schuster’s statement reads, “After careful consideration, Simon & Schuster has made the difficult decision to not attend the BookExpo and BookCon shows this year.

“We value the opportunity to interact with booksellers, librarians, international publishers and, of course, readers, and look forward to other opportunities to engage with them in support of our books and authors.”

And HarperCollins‘ communications leads have crafted their statement this way: “In light of the current situation and the unpredictability of the coronavirus in the coming months, we’ve made the difficult decision to withdraw our participation in BookExpo and BookCon 2020.

“We understand the importance of connecting with booksellers, educators, and readers and look forward to engaging with them at other opportunities.”

As you can see, the through-line in these communications is an effort to assert that the value of industry interaction isn’t in question. The problem, of course, is safety and expense.

And it’s debatable how much of a show Reed can create without four of the US Big Five publishers, particularly at a time when BookExpo has diminished its international profile for years, leaving it highly dependent on the domestic larger players in the States.

One of the expense calculations we’ve written about before is the chance of having employees travel, even safely, to a publishing event that then becomes caught in a quarantine action. The cost of maintaining staffers in hotels or other quarters for such situations could be prohibitive.

And, of course, New York City is the rising new epicenter of the world’s coronavirus outbreak after Italy.

As The New York Times updates team reports this morning, “Members of the National Guard have already been sent to help turn several large buildings including the Jacob K. Javits Center in Manhattan, into makeshift medical centers.”

Four 250-bed federal medical units are being installed in the Javits Center by the Army Corps of Engineers to convert the convention center into a 1,00o-bed hospital for coronavirus treatment, as the city descends into deeper levels of the battle with the contagion.

While it’s impossible to determine how long normal life and commerce and travel may be disrupted by the pandemic, public health authorities are working hard to persuade politicians that the event is to be understood as a long-term incident, not something that may evaporate by July. That leaves Reed Exhibitions struggling, as are other event producers, to know how to plan.

The United States’ leading medical authority on the epidemic, Dr. Anthony Fauci, on Wednesday’s (March 25) edition of CNN’s Cuomo Primetime, said, “You don’t make the timeline. The virus makes the timeline. It doesn’t matter what you say—one week, two week, three weeks, you’ve got to go with what the situation on the ground is.”

In an announcement being widely shared among industry players, the United States-based Book Industry Study Group (BISG) executive director Brian O’Leary has announced that a survey is ready for input on “current and expected supply-chain issues in the wake of the pandemic.”

The survey, which can be found here, is part of the BISG board’s effort, O’Leary says, to learn “what’s happening in critical segments like manufacturing, distribution, retailing, and libraries.”

Responses to the survey will come into play in an online meeting of the BISG board, scheduled for April 9, O’Leary says. In that event, moderated by board members, BISG’s leadership will share results of the survey, talk about what challenges and/or opportunities are arising in the supply chain, and attempt to chart some moves that industry professionals may be able to take as the emergency deepens.

Registration for the 90-minute online session is available here. A link to the live conversation, scheduled to take place in a 90-minute call, will be shared with all attendees before the April 9 meeting.

More from Publishing Perspectives on the coronavirus outbreak is here. More from us on BookExpo is here, on Book Industry Study Group is here, on Hachette is here, on Simon & Schuster is here, and on HarperCollins is here.