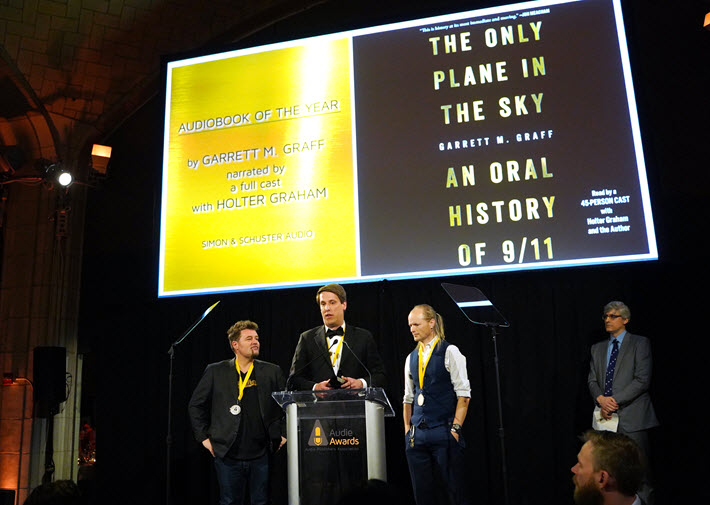 The journalist and author Garrett Graff’s ‘The Only Plane in the Sky’—on the attacks of 9/11—wins the Audiobook of the Year prize for Simon & Schuster Audio.

Author and journalist Garrett Graff speaks at the 25th Audie Awards ceremony in New York City. Simon & Schuster Audio’s production of his September release, ‘The Only Plane in the Sky,’ won the 2020 Audiobook of the Year Audie. At right with him on the podium is Holter Graham, who is heard as part of a 45-voice cast on the recording. Image: Audio Publishers Association, Patrick McMullan, Getty Images

King: ‘I Listen to My Own Books’

Announced overnight at its sold-out gala at Guastavino’s in New York City,, the US-based the Audio Publishers Association (APA) has named its list of 2020 Audie Awards in 24 categories of competition.

The Audies, of course, recognize the work of authors, narrators, publishers, and producers across a wide array of genres and categories.

As you may recall from our story on the finalists, submissions to the program this year numbered more than 1,300 titles, organizers say in today’s media messaging. Finalists are selected by jurors with experience in the field. Each category has one winner. 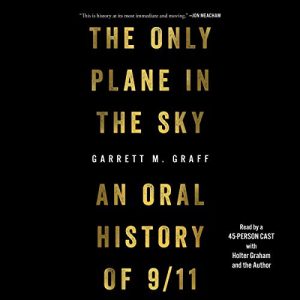 The jurors who chose The Only Plane in the Sky as this year’s Audiobook of the Year based their selection on criteria such as narrative performance and author intent.

Juror Eric Thomas, as part of the panel’s rationale, said, “Graff has created a historical document with the deftness of a poet and this production only builds on it, adding a narrative propulsion that never seems exploitative and an emotional depth that’s never overwrought.”

Graff is the Aspen Institute’s cybersecurity and technology program director. His articles are read at Wired, and he’s a frequent contributor to CNN’s coverage of political issues and events. His The Only Plane in the Sky brings together the memories of more than 500 people of the events of September 9, 2001.

At this writing, the audiobook stands at No. 2 in the Terrorism category in Amazon’s Audible books and originals. 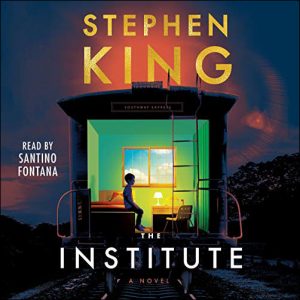 The program also included a lifetime achievement award for Stephen King. His son, the author Joe Hill, said in an introduction, “Stephen King is the best damn ambassador for audiobooks anyone could ever wish or hope for. His love for the form goes back decades. I know. I was there.”

King’s The Institute, narrated by Santino Fontana, also won the Thriller and Suspense category, another one in Simon & Schuster Audio’s roster.

Finalists in the annual competition were selected by jurors experienced in the field, and one winner is awarded the Audie in each category. Mo Rocca hosted.

Michele Cobb is the executive director of the Audio Publishers Association. 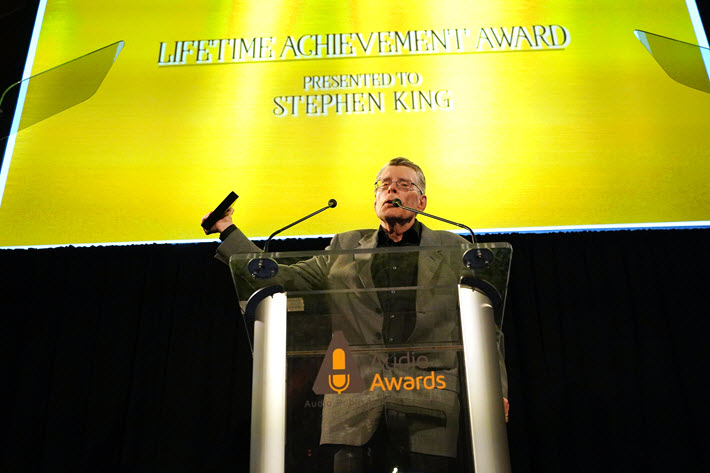 Stephen King at the 2020 Audie Awards, in which he was given a lifetime achievement honor and won in the Thriller and Suspense category. Image: Audio Publishers Association, Patrick McMullan, Getty Images

The Audies are a program of the Audio Publishers Association.

In the most recent offered StatShot report from the Association of American Publishers for November, downloaded audio represented 7.9 percent of the United States’ book market overall. 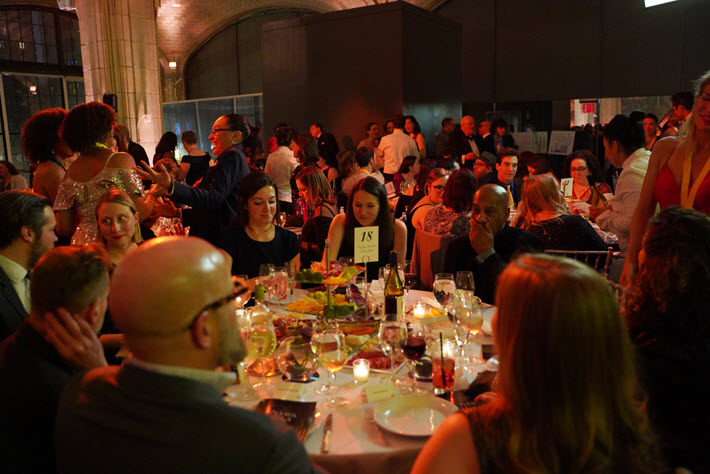