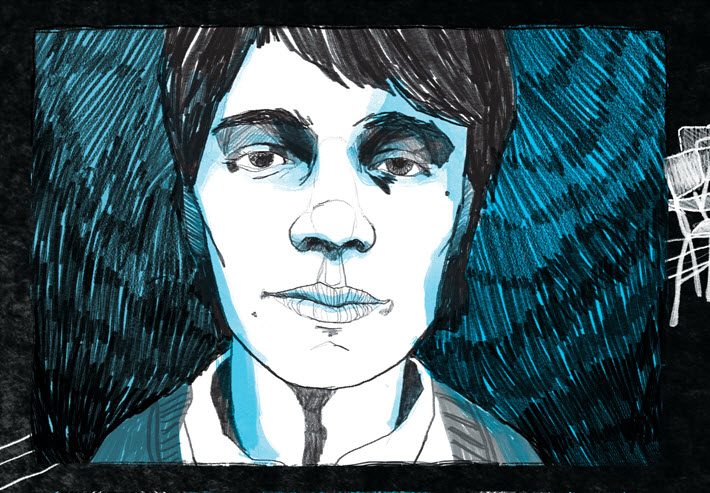 Turning to graphic narrative for its 14th time, ‘Words Without Borders’ looks at the axis between text and visuals in framing.

Graphic novels, nonfiction, and poetry stand as one of those topics in the wider industry of publishing that seem to be continually “new,” strangely needing to be “introduced” over and over.

At Words Without Borders, this is not the case. The magazine for the nonprofit translation organization this month is featuring its 14th volume of content from international graphic novels as its lead, with an introduction from editorial director Susan Harris and her curation of six graphic pieces—three nonfiction, two fiction, one work of poetry.

As Publishing Perspectives readers know, France’s Festival d’Angoulême recently had its 47th iteration and other festivals and fairs in world publishing are widening their embrace of the many variants of visually developed storytelling that fall into the sector.

It’s harder to determine whether headway is being made in terms of broadening consumer interest in graphical work. While there’s a growing interest in it for purposes of sales and artistic latitude, the world of comics and other graphically developed forms seems to have the sort of appeal that black-and-white photography has: you either like it or you don’t. And while one image or one narrative work might surprise a non-believer from time to time, the general preference for mostly visual or mostly textual work may not be as fungible as we might wish.

Suffice it to say that Words Without Borders is doing its part to expose its followers to the value of graphic narrative. And in her introduction, “Framing the Story: Six Graphic Narratives,” Harris makes a good point about the editorial element—in the strict sense—of a graphic literature artist’s work. She quotes one of her six authors from this month’s feature, Melanie Leclerc, in a reflection on Michel Leclerc’s cinematographer’s commentary on framing.

Have a look at this. Here are two few frames from Melanie Leclerc’s 2019 graphic memoir, Contacts (Mécanique generales, 2019), in which her dad hands over his beloved Leica. As he introduces his daughter to the nature of the camera and how to think of foreseeing a shot, he tells her that framing is the key to the best work.

From Melanie Leclerc’s ‘Contacts,’ an excerpt in the February 2020 edition of ‘Words Without Borders,’ translated by Sean Gasper Bye

And so it is with textual editing—framing, if you will. What an editor leaves out, what she or he chooses to include, is at the heart of good narrative, whether in fiction or nonfiction.

Contacts is excerpted in the new edition here, in Sean Gasper Bye’s translation from French.

As Harris, a known and faithful believer in graphic work, writes about Leclerc’s work, “From a hushed night at a museum to a noisy protest in a teeming city, in moments of private reflection and public confrontation, the resulting works reflect the storytelling power of this endlessly expressive form.”

Here’s a list of the work you’ll find in this month’s edition, as Harris writes, “prime examples of the graphic novel’s powerful and infinite range.”

Items in the February Edition 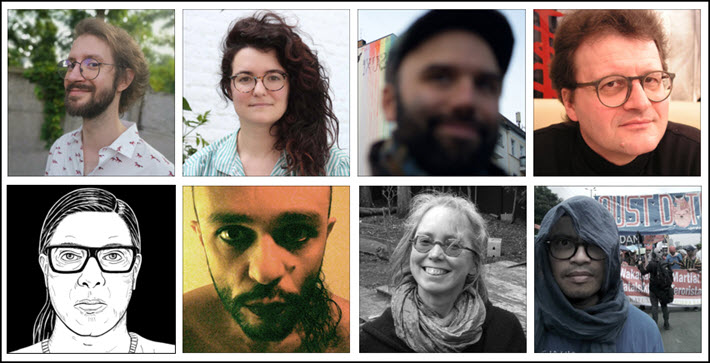 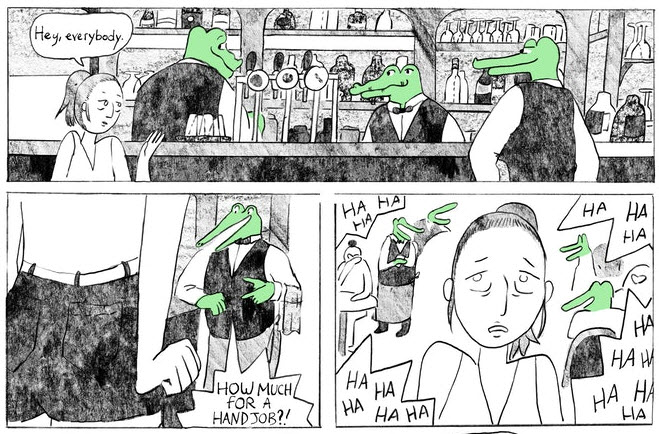 From ‘Crocodiles Are Everywhere’ by Juliette Boutant and Thomas Mathieu, an excerpt in the February 2020 edition of ‘Words Without Borders,’ translated by Edward Gauvin

More from Publishing Perspectives on ‘Words Without Borders’ is here, and more from us on translation is here. More on graphic novels is here.