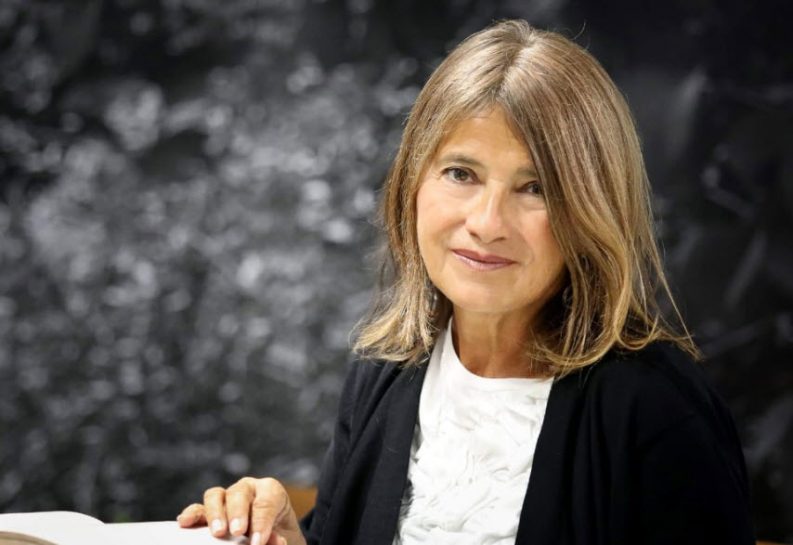 ‘Ninety percent of the guests are confirming their participation’ in the new May dates for the Bologna Children’s Book Fair she directs, says Elena Pasoli in a difficult week. 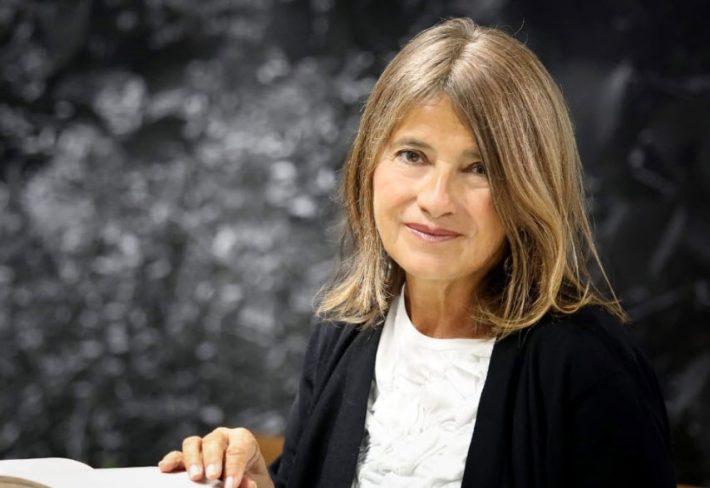 Many in the world publishing industry have continued this week to scramble for new travel arrangements for the 57th Bologna Children’s Book Fair. As Publishing Perspectives readers know, an anticipated 30,000 attendees are trying to reschedule because of the COVID-19 coronavirus outbreak in Italy.

We’ve had a chance this morning (February 26) to be in touch with Elena Pasoli, the exhibition manager of the sprawling fair at BolognaFiere. Always resilient—a show of this magnitude is easy under no circumstances, let alone amid a viral crisis—Pasoli says she’s heartened by responses from many in the international book trade.

“So far,” she says, “we are liaising with our exhibitors, and despite the difficulty of rescheduling everything I’d say that most of them are planning to join the fair in the new dates.

“I can say that 90 percent of the guests are confirming their participation. And we have two months ahead” to grapple with the massive number of adjustments to make.

Nevertheless, Pasoli says, some of the exhibitors—for whom transporting stands, inventory, and staff can be complex—are finding it takes time to work out their respective best courses.

“We haven’t heard yet from a big number of exhibitors,” she says. Those exhibitors were anticipated to number more than 1,400 in the original March 30 to April 2 dates. ”

The staff’s understanding of the best course, she says, is to create the same span of weekdays on the calendar that were expected, Monday through Thursday. This should make it possible for publishers, editors, agents, vendors and others to basically recreate their calendars’ schedules of meetings on exactly the same days, simply in a different part of the spring.

“We’re working hard to do our best,” Pasoli says, “talking with our exhibitors and facing the evolving situation day by day, hour by hour.”Elena Pasoli, Bologna Children's Book Fair

There are, she concedes, “a couple of overlapping events in the international calendar of book fairs, as April and May is the ‘season’ for fairs. But Bologna is a professional show,” she says, referring to the fact that it’s an industry-facing event, “focused on the rights business. And we’re confident that most of our clients won’t want to miss it.”

Publishing Perspectives asked Pasoli about the new May dates. Specifically, can they really be expected to be practical when the viral spread seems to be only in its beginning stages? Might it not have made more sense to look for later dates in the year?

“We moved to May,” she says, “as we thought that two months out, the situation will be fine. At the moment, from here, it seems that it will take many months to have a vaccine, but many experts say that warmer temperatures should make the virus decrease quite quickly. But who kn0ws?

“We’re working hard to do our best,” Pasoli says, “talking with our exhibitors and facing the evolving situation day by day, hour by hour. This outbreak pushed us make this difficult but necessary decision, and I’m glad to say that we’re feeling strong support from the international publishing community.”

Wednesday Notes on the Coronavirus’ Spread 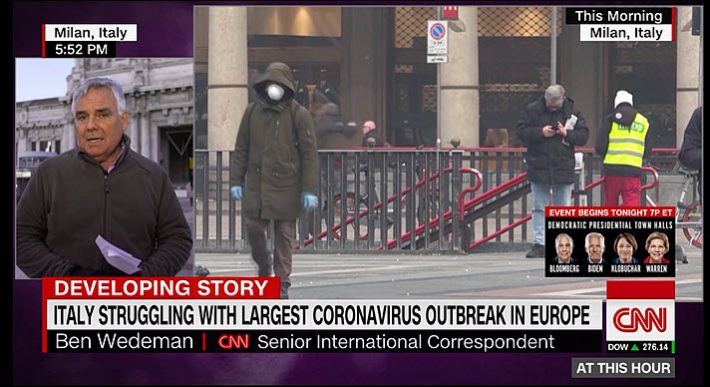 In a report today from late-afternoon Milan, CNN International’s Ben Wedeman describes the outbreak—which is centered about 100 miles (161 kilometers) northwest of Bologna—as being “fairly well contained” by authorities.

“They set up these so-called ‘red zones,'” Wedeman says, “in which about 50,000 people live and are not allowed to leave. No one is allowed to enter, other than in exceptional cases.”

One hospital physician, Wedeman says, has suggested to the CNN crew that the numbers may be plateauing, and Italian news reports refer to a pair of Chinese nationals who had contracted the virus as having now recovered. “Italy has a very well-developed public health system,” Wedeman says, “and it’s a country that does have the resources to deal with it.”

In London, BBC News is reporting this morning that Chevron has sent some 300  workers home from its Canary Wharf offices “after one of its staff reported flu-like symptoms” following a return from skiing in Italy where, as we’ve reported, a viral outbreak has at least 12 towns under restricted access, southeast of Milan. The employee in question is awaiting test results for COVID-19 and, essentially, Chevron is acting out of an abundance of caution by asking employees to work from home temporarily.

The London Book Fair‘s organizers continue to plan to go forward with their show, March 10-12, with staff closely monitoring the situation in London and providing guidance on its site here.

The American response is in accelerating flux, the live-updates team at The New York Times writing of how Donald Trump’s administration “came under criticism from both Democratic and Republican lawmakers for its contradictory statements on the severity of the crisis, a lack of transparency, and seemingly lackadaisical preparations.”

Jessica Dickler at CNBC is reporting on US universities recalling their students from overseas studies as Greg Sargent and Paul Waldman report at the Washington Post on the far-too-predictable political battle building over virus-response funding.

Donald Trump is scheduled to hold a news conference on COVID-19 at 6 p.m. ET (11 p.m. GMT) amid heavy criticism for “happy talk” about all being “under control” as the virus triggered a two-day series of losses on the American markets of more than 1,900 points.

Hotels in Austria, France, and Spain’s Canary Islands have been locked down when guests tested positive. And in the Daegu area of South Korea, a jump of 284 cases was registered in a single day–confirming the peninsula to have the largest outbreak outside China. Brazil has registered a first Latin American case.

At this writing, the Codogno-based outbreak in the Emilia-Romagna region of Italy is reported to have infected at least 374 people today, according to the lead story in La Repubblica. The country reports 12 deaths to date. 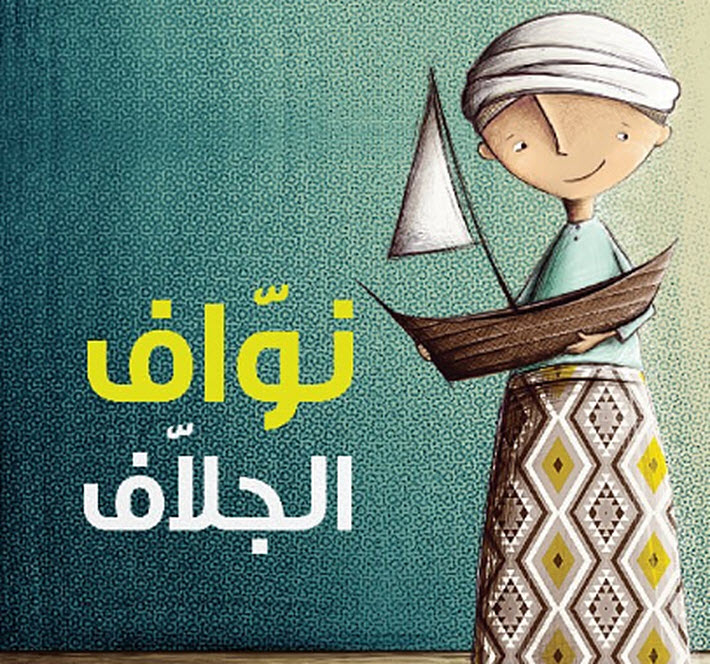 An excerpt from ‘Nawaf the Shipwright’ by Maitha Al Khayat, who is among illustrators engaged for Bologna Children’s Book Fair’s Guest of Honor Sharjah exhibition. Image with Ashley Coukeir, Kalimat Group

The Bologna Children’s Book Fair—among the world’s largest, and easily the most influential in the young readers’ sector of the book business—has set off a scramble for rebooked hotel accommodations in postponing its 2020 iteration to May 4 to 7. 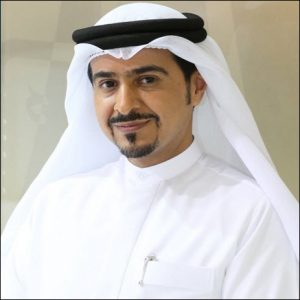 Publishing Perspectives has spoken by telephone to Ahmed Al Ameri, chair of the Sharjah Book Authority, who says that he fully understands the concerns of the fair’s organizers. He leads the Guest of Honor Sharjah program at Bologna this year. He and his staff have been engaged in their own extensive rebookings, of course, in a week in which they’d expected to focus on their Market Focus Sharjah program for London Book Fair.

His only qualm, he says—echoing many others we’ve heard from—is whether the new May dates will be practical, considering the several unknown factors about the virus and what medical specialists describe as a process of many months before a vaccine can be expected to be deployed, even in the best of circumstances.

Ironically, Al Ameri was in Milan at the end of last week, shortly before the Italian outbreak was developing south of the city. He was holding meetings on the Bologna plans. Even then, he says, “It looked like a ghost town in some parts of the city,” as health authorities were beginning to notice early signals of an uprising.

This, of course, is echoed in Natalie O’Neill’s New York Post report on Milan’s Fashion Week runway shows, such as Georgio Armani’s—”opting instead to stream footage of his clothed catwalkers online — as fears over the coronavirus raged Sunday. The legendary designer’s firm said he canceled his 4 p.m. show and instead decided to tout his new line of threads by way of the Internet in order to keep guests safe, after more than 130 cases of the virus were reported in northern Italy.”

Publishing Perspectives will continue to update our coverage as developments warrant.