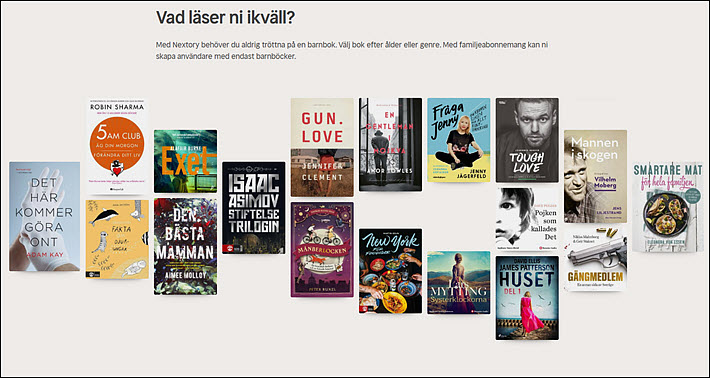 Finland and Germany were the first markets added Nextory, the Stockholm-based unlimited-subscription service for ebooks and audiobooks.

One of Nextory’s key pitches to consumers is its family subscription. Here, the company says you can select kids’ books by age or genre, and you can set up a child’s subscription to access children’s books only. Image: Nextory

The Swedish ebook and audiobook service Nextory is working to establish a foothold in new markets across Europe as part of a 2020 expansion strategy that prioritizes the firm’s marketing activities.

In addition, this year’s plan, according to the executive directing the drive for growth, emphasis is being placed on new content to add to what the company already says comprises “hundreds of thousands of audiobooks and ebooks …  in a wide variety of genres.”

“At the moment, we’re active in Sweden, Finland, Denmark, Germany, Switzerland, and Austria,” says Magnus Nytell, the company’s chief of expansion in an interview with Publishing Perspectives.

“Nextory is an audiobook and ebook app that you subscribe to on a monthly basis,” Nytell says. “We offer a wide range of subscriptions for between one and four users, with different prices. When you sign up, you get to read and listen to as many stories as you want on your mobile phone or tablet.”

Nextory was established in Stockholm by Shadi Bitar and Ninos Malki. The company’s promotional material says that their Syrian backgrounds helped them appreciate how important reading is for integration into a new culture.

CEO Bitar and chief technology officer Malki in 2007 opened EarBooks, which led them to create Nextory. Started in 2015, the service expanded to its first foreign market, Finland, in 2018, and began operating in Germany last year. The latest additions new territories added include Denmark, Austria, and Switzerland. Today, Bitar and Malki remain major shareholders in the business, although Nextory development is funded by outside investors.

Development lead Nytell says that in each market, Nextory offers a localized version of its app with content from local and international publishers.

Cooperating with a number of major publishers such as HarperCollins, and Bonnier, Nextory tells investors that its revenues expanded by 130 percent in the third quarter of 2019, compared with the same period a year earlier. 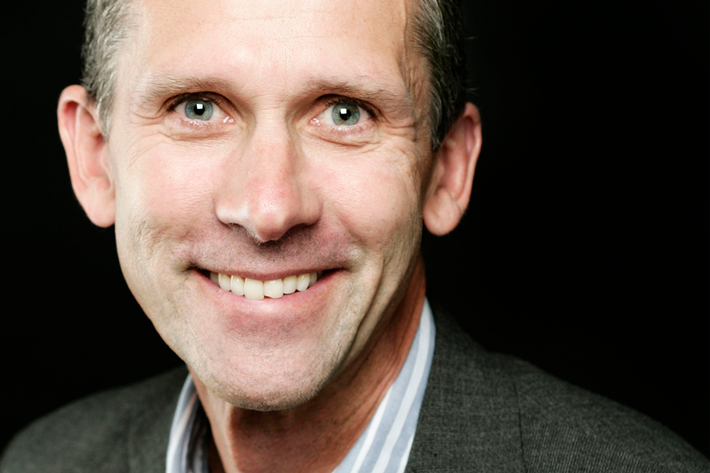 “Over the next year,” Nytell says, “we’ll expand into several new markets. but we’ll keep which countries to ourselves for now.”

Nextory, he says, “plans to increase our presence in these markets with more marketing and a development of our product offer. And we’re continuously working to expand our catalogue to offer all users the best books and technical features in our app to make you read more.” 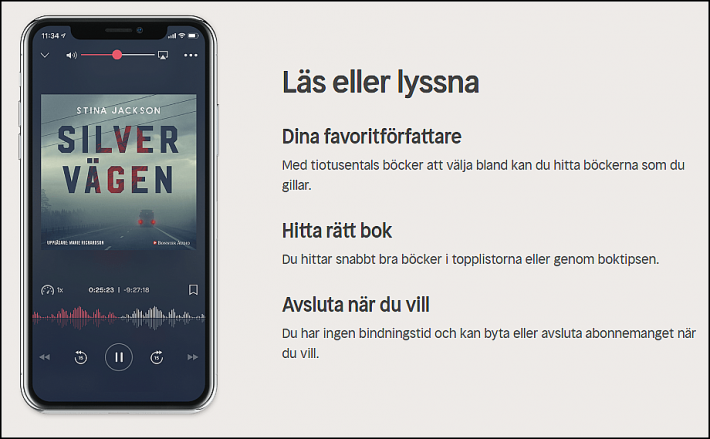 Promotional copy at Nextory talks of tens of thousands of titles, leaderboards to help with book discovery, and the freedom to cancel a subscription any time. Image: Nextory

In the Swedish market, Nextory offers a free 14-day subscription to new users, after which they’re encouraged to continue subscriptions that start at 139 kroner (US$14.50) monthly for a “silver” package, 169 kroner (US$17.55) for gold, and a family subscription for two to four accounts for between 199 and 279 kroner (between US$20.66 and US$29).

Asked how Nextory’s offer compares to that of regional rival Storytel, which recently announced it ended 2019 with a subscriber base of 1.1 million paying customers, Nytell stresses Nextory’s app as technically superior.

“With Nextory,” he says, “you get a richer reading experience. We have the widest range of books since we work in several different formats.

“For example, we’re alone in having audio and picture books in the ePUB3 format, and cookbooks and comic books in the PDF format. Technology also creates  opportunities to develop the reading experience, so we invest a lot in innovation.

“We have unique features in [our] app that make users read more, such as the Book Challenge and the Reading Diary,” Nytell says.

Below is a promotional video from Nextory, posted on January 14.