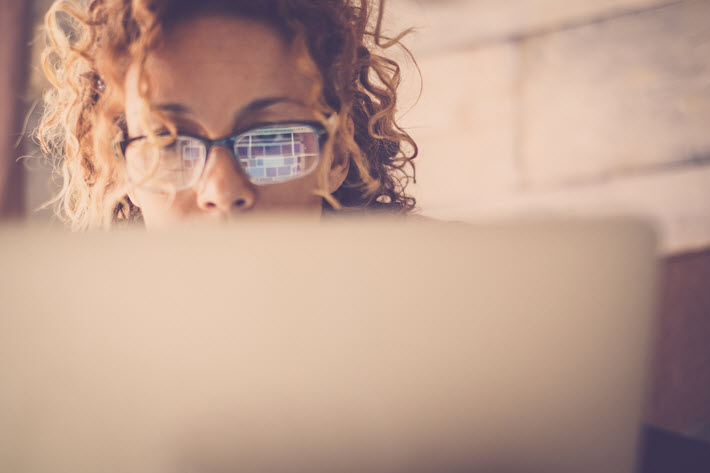 Newly data released on trends in Spain’s reading habits shows that among those who don’t read books, ‘lack of time’ is the most frequently asserted reason.

The Habit of Reading

The downside? “Lack of time” continues to be the reason given by non-readers, who represent 49.1 of the publishers’ study pool.

In several markets of Europe, “the habit of reading” is a well-defined concept and is helpful in assessing how a consumer base is responding to the book business. The federation’s annual “barometer” study analyzes the evolution of such habits in Spain.

And, according to today’s media messaging, in 2019 the study’s data indicated that, “The number of readers of books in Spain continues to grow.” 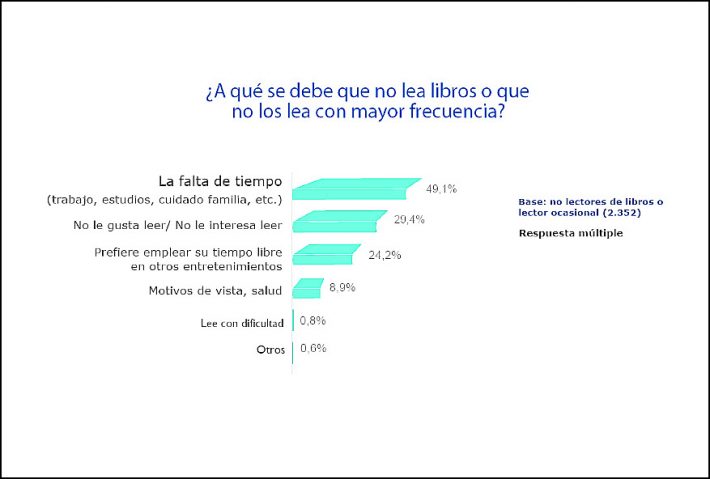 In the new report on reading habits in Spain for 2019, 49.1 percent of respondents said that competition for time from other things prevents them reading. Image: Federación de Gremios de Editores de España

The research suggests that 68.5 percent of respondents report having done some reading of books in 2019. That’s up slightly (1.3 percentage points) from 67.2 percent from last year’s report, which Publishing Perspectives readers will remember. Since 2010, the 2019 figure shows an encouraging 8.2 percent gain in reading.

The report’s authors caution, however, that this leaves an estimated 31.5 percent of Spain’s population in the group that reads books rarely or never. Thirty-two percent, however, say they read daily.

The Spanish capital and its surrounds continue to show up in studies as the area with the greatest concentration of readers. Six autonomous communities of Spain are above-average in rate of readership.

Audiobooks: 3 Percent of the Market 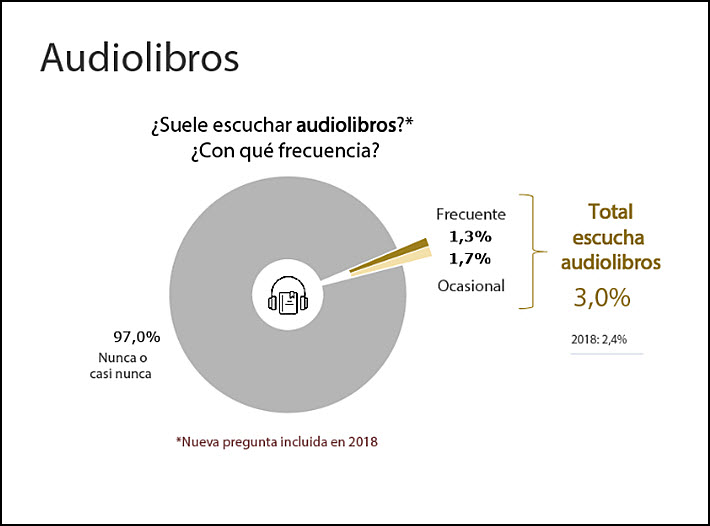 In audio, the new study sees 3 percent of the population older than 14 saying that they’re listening to audiobooks

The frequency cited is less than a book per quarter. Those who say they listen to an audiobook at least once per week represent 1.3 percent.

Among the most interesting areas of the study’s work is in digital reading, in this case separated from audiobooks and thus referring to ebooks and e-reading.

While it’s encouraging to see that ebooks may account for as much as 29.1 percent, the study also indicates that digital books are being downloaded free of charge. Only 0.8 percent said a free download was from a library or other legitimate no-cost source.

In fact, 54.7 percent said thei8r most common method of obtaining ebooks was a free download. Thirty-five percent of ebook readers (6.3 percent of the total readership) said they paid for their downloads.

And 56.9 percent conceded that “they know perfectly well,” in the study authors’ phrasing, when downloads are illegal. This last point is very important, as it gives the lie to the concept of the unwitting consumer-pirate who doesn’t know that she or he is operating in violation of law. 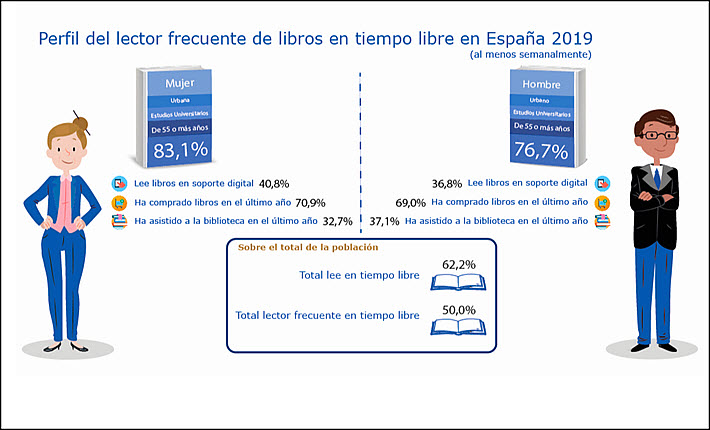 As in many if not most markets, Spain’s women are understood to be doing more reading of books in their free time than men.

The new study shows 68.3 percent of women to be readers, compared to 56 percent of men.

In generational considerations, the study sees the widest gap between female and male readers to be n the 55-to-64 years age group. What’s interesting is that at 65 and older the, the gap narrows to its smallest divide—men and women read in roughly the same proportions, though for both genders.

Among readers aged 25 to 34, the gender gap in favor of women is low, at 5.8 percentage points.

Young people 14 to 24 remain as the group of Spain’s adult population with the strongest reading habit. A steep drop seems to follow age 24 and then picks up again among women older than 35. The percentage of male readers assigning their free time to reading after age 25 remains below 60 percent.

In eight out of 10 households (83.6 percent) children under the age of six are being read to by adults or guardians, the study shows—something that might gladden the Scholastic team which, as our readers will remember, places a heavy emphasis on the importance of reading aloud to kids.

In addition to books, these young people are the population segment with the highest number of readers of Web pages or articles or long texts on social networks.

The study finds that virtually all teenagers read some content on digital media, especially sites and social networks. By contrast, 19.7 percent are leisure readers of ebooks (as opposed to 32.1 percent of the adult population). Some 86.2 percent of children 10 to 14 read both for their studies and in their spare time, the study says. The figure falls to 79.9 percent for those 15 to 18.

In all cases of young people’s reading, the preferred location for reading a book is at home.

In other details from today’s report:

The study was prepared by the company Conecta Research & Consulting. The program has the sponsorship of the general directorate of the book and reading promotion of the ministry of culture and sports. The annual results are obtained from surveys of a sample of 5,000 individuals.

More from Publishing Perspectives on the Spanish market is here, and more on publishing statistics is here.