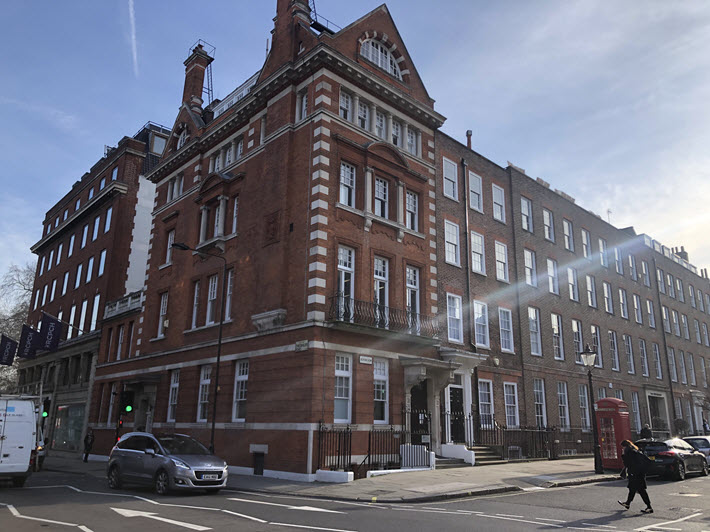 Visiting the Society of Authors’ offices, Richard Charkin looks at issues of perceived fairness—and otherwise—in how publishers and authors work together.

Editor’s Note: Richard Charkin this month mentions the number 42. In case you’re not familiar with this reference, it comes from Douglas Adams’ ‘The Hitchhiker’s Guide to the Galaxy’ (Pan, 1979) and an assertion about “the answer to the ultimate question of life.”  In 1994, he devised a game called the 42 Puzzle. When Adams died in 2001, he was … 49.

Support for the Society of Authors …

I‘ve just signed a publishing contract with Ben Fenton, a Fleet Street veteran and director for creative industries at Edelman. His book is on the concept and practicalities of fairness—and that concept’s history, science, law, politics, and morality, as well as an explanation of the number 42.

My independent press Mensch Publishing is to release it in March 2021, all going well.

Fenton’s topic got me thinking about the idea of fairness in publishing.

It’s pretty clear what’s unfair. Not paying on time. Breaking the terms of an agreement between publishers, booksellers, authors, agents.

But fairness is more difficult to pin down.

When I established Mensch, I wanted it to be fair as well as transparent. My contractual terms are transparent. I don’t pay authors advances against royalties. I only acquire books with world rights. I pay on my net receipts, not list price. I pay freelancers as soon as I receive their invoices. I pay authors as soon as income hits my bank account. I even pay print bills instantly.

I hope my (very few) authors would attest to the fairness of my proposition, but publishers have not always been lauded for fairness toward authors. As a result, many countries have organizations created to protect and empower authors and illustrators.

I recently visited the British Society of Authors to delve a bit deeper into what they do, in particular about fighting for fairness. The society, founded in 1884, last year moved into excellent new offices in Bloomsbury.

The organization has 11,000 subscribing members who view is as a source of defense, community, and advice. As the group’s president, Philip Pullman has said, “A subscription to the society is the greatest investment a writer can make.’ I agree. The organization runs workshops around the UK, helping authors promote their work. It supports authors in self-publishing as well as the trade, advises writers on copyright issues, piracy, tax, the vetting of contracts, administration of prizes and estates, and offers an informal but no less valuable networking service.

The Society of Authors also supports authors and publishers in lobbying for copyright, freedom of expression, support for libraries, literacy, and education. It has seen major victories. One ensures that authors are paid for library loans via the Public Lending Right and another involves the fact that print books in the UK are sold tax-free. [Despite changes in the European Union’s stance on VAT prior to Brexit, the UK continues to tax digital reading products at 20 percent, a situation commented on by both the Society of Authors and the UK’s Publishers Association. More on this is here.]

Where I diverge with society policy is when the organization tries to define fairness in contracts between authors and publishers.

There have been several attempts to establish a minimum-terms agreement and much research and many announcements suggesting that authors are earning less than they deserve. It is, of course, the duty of the society to act as a trade union on behalf of its members, but authors are not like company employees.

For starters, publishers are not in general the paymasters. An author’s income is ultimately determined by how many readers are willing to buy their books and how much those consumers are willing to pay. The joy of the royalty system of payment is that it rewards success. The percentage of the royalty payable is a matter of fair negotiation between author and publisher and must take into account market conditions, pricing considerations, and risk. There’s no minimum or maximum percentage, which is intrinsically fair. It all depends.

And then there are disagreements about what’s a fair length of term for a contract. In the Anglo-Saxon world, most author contracts are for term of copyright (typically 70 years after the author’s death) unless a book goes out of print—whatever that means in a digital world—when rights might revert to the author.

Is that fair? I think many authors would think that term is too long, particularly if the publisher is doing little to promote the book. On the other hand, the publisher may have persevered with the book, making losses for many years before the opportunity to recoup those losses emerges. It would be fair, I would argue, for the publisher to share in a long-delayed upside as much as the author.

“The joy of the royalty system of payment is that it rewards success.”Richard Charkin

I remember an interview with a distinguished scientist on BBC Radio. He was saying how having a research paper published in Nature was worth some US$500,000 in additional funding grants. Why would one worry about being paid a few tens of dollars as a fee? It was a fair bargain. Nature invests in being as good a publication as it can possibly be and the author benefits, too.

A separate but related argument is that when an author is paid a fixed fee rather than a royalty, there should always be a “bestseller clause” in which the author benefits if the piece sells much better than anticipated. That’s only fair, I suppose, but it would be truly fair if the author was also willing to accept a “worst seller” clause in which any fee was repaid if the piece failed to reach its budgeted sales or impact.

My conclusion is that fairness in publishing is almost impossible to define but easy to recognize. Long may the Society of Authors and similar societies around the world continue to thrive and hold publishers to the need for fairness in their dealings with all parts of the world of books and journals.

And I leave you with a coda to my last column. It might appear that my walks around London focus solely on old buildings where I have worked. This photo might dispel that impression and show another side of London, the city I love. 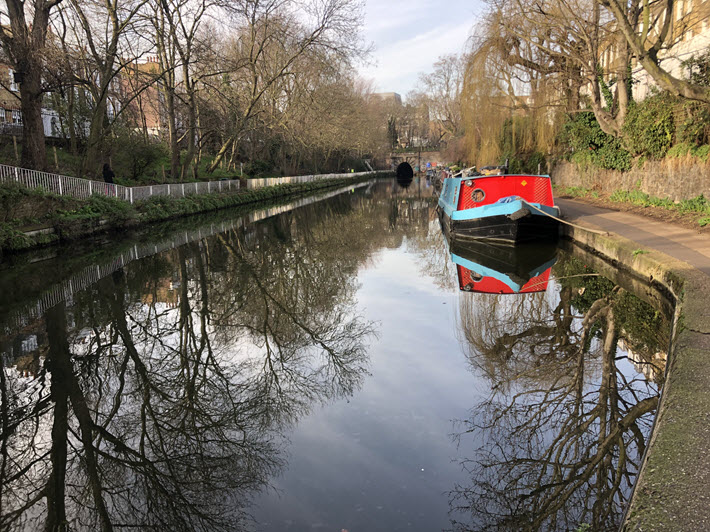 Join us monthly for Richard Charkin’s latest column. More coverage of his work from Publishing Perspectives is here. More from us on the Society of Authors is here, and on issues around value added tax, VAT, is here.