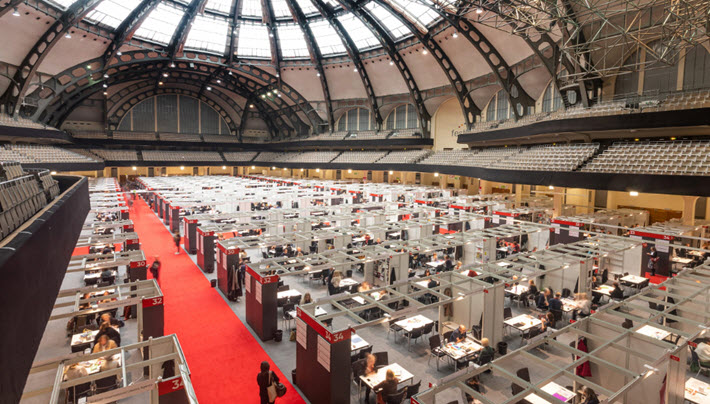 The new Festhalle site of Frankfurt’s Literary Agents and Scouts Center seems to be a hit. And Publishing Scotland names its latest round of publishers receiving translation grants. 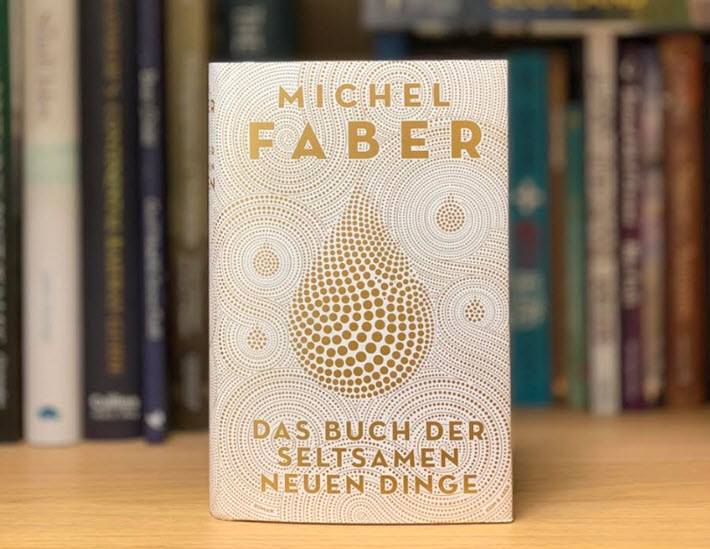 Dutch author Michel Faber’s ‘The Book of Strange New Things’– published in 2015 by Jamie Bing’s Canongate in Edinburgh – is one of the books that Publishing Scotland’s translation grants have supported. It’s published in Germany by Kein & Aber in a translation by Malte Krutzsch

A Good Marketing Plan is One Criterion

As Publishing Perspectives readers will remember, the last round of applications for  Publishing Scotland‘s translation fund 2019-2020 cycle were announced in the autumn.

Today (February 18), the organization has announced that 14 publishers are receiving newly designated funding toward the translation of Scottish writers and books.

The fund, in operation for five years, just completed the second of its two funding rounds in fiscal 2019.

This time, countries and/or languages into which Scottish work is being translated include Germany, Sweden, the Czech Republic, Argentina, Brazil, Italy, Ukraine, the Netherlands, Georgia, and Greece.

The fund is administered by Publishing Scotland, the trade body for the industry, and supported by Creative Scotland.

The panel of jurors selecting the publishers to receive translation funding looks for contemporary authors, a strong backlist and publisher experience, a good marketing plan, an acceptable budget, “and of course a passion for the title and author chosen.”

This round has seen more than £15,000 (US$19,498) awarded to support translation work and help with the program’s stated goal of making Scottish writing and publishing more accessible and successful overseas.

As provided to us by Edinburgh this time, our listing gives you (a) the international house that holds the rights to publish a translation, (b) the title of the work, (c) the author of that work:

Details for the first of two rounds of translation grant applications for the 2002-2021 fiscal year are to be announced in the summer.

In what organizers say is the earliest sellout of the Literary Agents and Scouts Center—referred to as the LitAg—a complete sellout has been announced for this year’s trade show (October 14 to 18).

The prompt for the move of the LitAg was the onset of renovations to parts of Frankfurt’s huge Messe. For years set in Hall 6.3, the rights center was moved in October for the first time to the domed expanse of the Festhalle. Initially, some agents expressed trepidation about how well the new arrangement would function, but it appears now that the roominess and light were particularly welcome in the soaring new venue.

The trade show architecture and management firm, imb: troschke, based in Mörfelden-Walldorf, wrote up the concept of the new space, describing the spot as lying “away from the hustle and bustle of the trade fair,” making it possible to “concentrate entirely on trading rights and licenses” in quieter conversations than in the past.

We are thrilled to announce our Literary Agents & Scouts Centre for this fall is already SOLD OUT! Proof of how vital the rights trade is to #fbm20. We look forward to seeing you in October in Frankfurt! #publishing pic.twitter.com/8kOT0f3pT1

More from Publishing Perspectives on Scotland is here, more from us on rights is here, and more on translation is here.