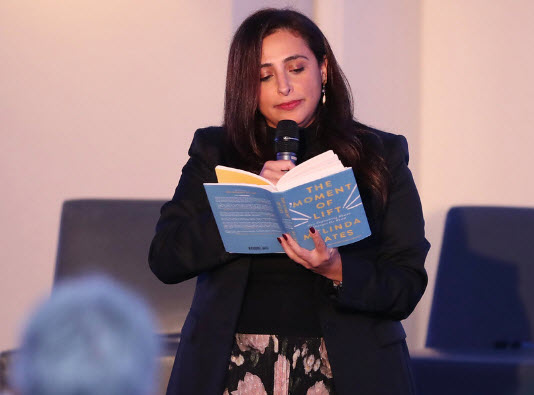 At its March 9 PublisHer Summit at the British Library, the initiative will review its first year of progress and look to what comes next for women in world publishing. 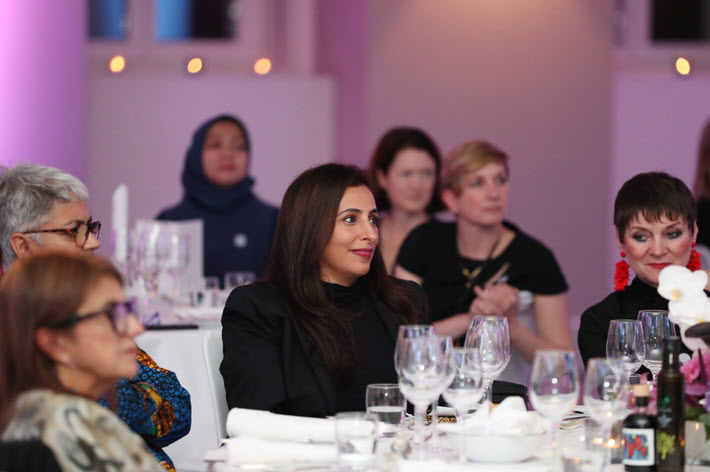 ‘The Only Metric That Matters Is Ability’

It was during last year’s London Book Fair that Bodour Al Qasimi, vice-president of the International Publishers Association (IPA), hosted the first of what would become several organizational dinners in the development of the PublisHer network of women in international publishing.

That event was co-hosted by Maria A. Pallante, president and CEO of the Association of American Publishers, and drew some 30 women leaders in publishing to an evening of discussion.

As Publishing Perspectives’ Hannah Johnson wrote about that first event, “One outcome of the dinner was an affirmation that there’s a strong community of women influencing the future of book publishing, and bringing some of those women together made this community more tangible. Another result: consensus that the book industry needs more women in leadership roles.”

Since that first event, PublisHer sessions—often with speakers, performances, and dinner as well as discussion—have been held at many international publishing gatherings, including the IPA’s regional conferences in Nairobi and in Amman and in association with the Sharjah International Book Fair and its publishers’ conference.

This, as news of more women moving into executive and senior leadership positions has been documented by the news media, capped by the release of the UK Publishers Association’s study, revealing that women in that market hold 55 percent of the industry’s top roles. 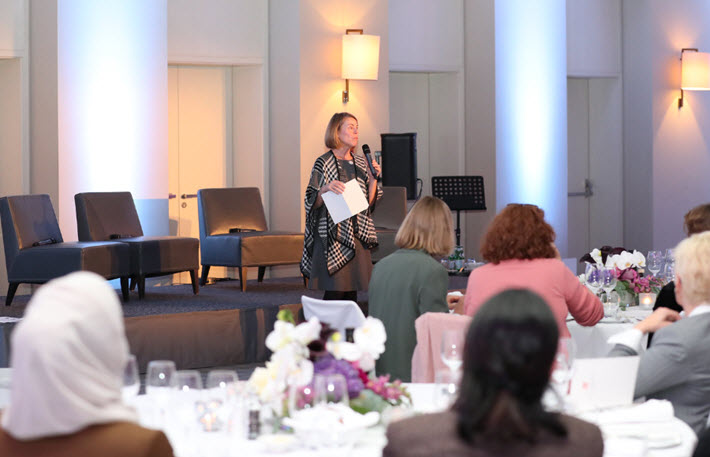 On March 9, the eve of London Book Fair (see our story today about concerns that it can go on), an anniversary PublisHer Summit is planned for London. Set at the British Library from 8:30 a.m. to 1 p.m., the program is titled “Pathbreakers, Pioneers, and Trailblazers: Inspirational Women of Global Publishing” and its sessions will take each of those three categories in turn, reflecting on where women publishing leaders today see the industry going and “how women can consolidate and build on the achievements of the pathbreaking and pioneering women who went before them.”

In a new development, the program is open to all. Bodour tells Publishing Perspectives that a decision has been made to welcome men to the PublisHer programs, in a gesture of the inclusivity that’s important to the shared leadership and responsibility the movement envisions for the international book business.

On this page, you can register to attend the program, which is sponsored by Copyright Clearance Center, the CEO of which, Tracey Armstrong, was a co-sponsor of the event in Frankfurt and has long worked in promoting women in business.

‘Solid Foundations for the Growing Movement’ 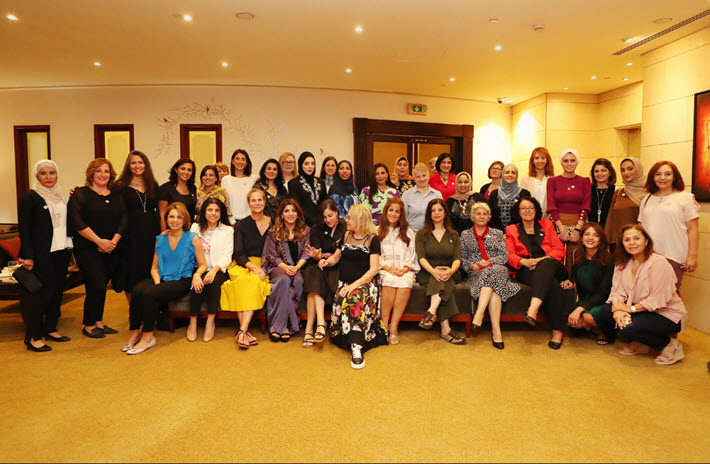 At the PublisHer dinner in the Jordanian capital, September 2019. Image: PublisHer, Nabs Ahmedi

We begin our anniversary interview with Bodour by asking whether she—like many others—is surprised at the speed with which the initiative has taken off in its first year.

Bodour Al Qasimi: Yes, PublisHer has grown bigger and faster than I anticipated, which is really fantastic. It tells me this was a good idea and that the timing was right, so I’m thrilled to see the big steps forwards we have taken in the first year.

When I launched PublisHer, my main goal for the first year was to make the most of whatever opportunities we could use to get the word out and build the community, both in terms of numbers of women and their geographical spread. We put on PublisHer networking dinners and talks wherever we could squeeze them in, to be honest, which is no mean feat considering they always take place on the margins of other busy publishing industry events.

So in 2019 we had dinners, panels, and discussions in London, Nairobi, Amman, Frankfurt and Sharjah, reaching hundreds of senior bookwomen from a wide range of regions and countries. We developed the brand, launched the PublisHer site, opened profiles on Twitter, Facebook and LinkedIn profiles, started a quarterly newsletter, formed a PublisHer executive board, and put into place solid foundations for the growing movement.

This year, our primary goal is to start coming up with practical solutions.

It was with this in mind that we launched the PublisHer Community Survey, which asks about the working lives and career experiences of woman in publishing.

Lack of access to female mentors has been consistently identified as a problem among women in publishing, and it’s always been clear to me that PublisHer could add value as a matchmaker between mentors and mentees. We also want to find ways to develop and share gender diversity and empowerment, good practices, help publishers to improve recruitment policies, facilities, and professional support for women. We’re looking at producing some gender-equality guidelines that publishing houses can apply, and we’ve begun discussing career mentorship and coaching schemes. 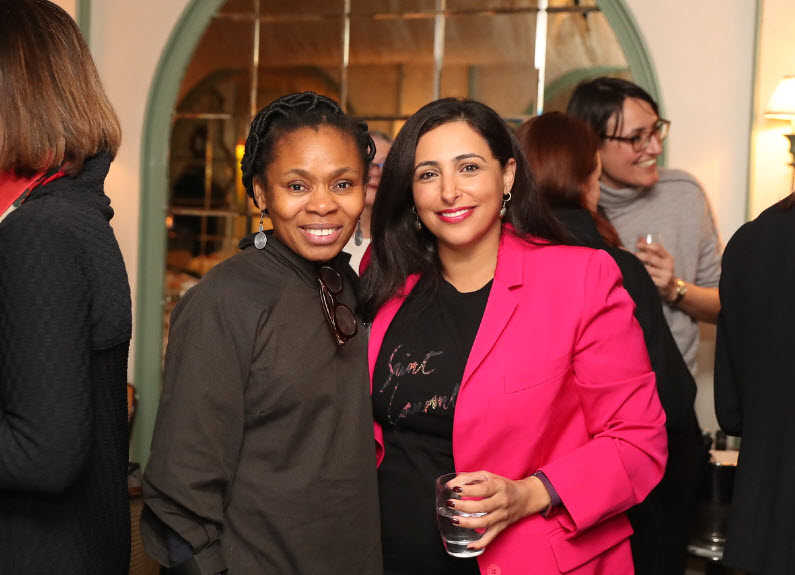 Publishing Perspectives: It’s great to see the group opened to men who would like to participate, because they, too, share responsibility for the experiences of women in the industry. What’s your thinking behind this move?

BAQ: When we mark PublisHer’s remarkable first year with a half-day 1st Birthday Summit, at the British Library in London, we’ll hear from some really inspirational characters—men and women—from the world of publishing.

It will also be the first event where we have proactively involved men.

The PublisHer board members agree that our longer-term success will depend on our ability to influence men and women alike, and to demonstrate that what we’re seeking to achieve is in the interests of the publishing industry as a whole.

We have to influence men as well as continue to win the support of women. This will ultimately lead us toward better results and enhance PublisHer’s credibility as a positive, practical project for real-world change.

‘The Gender Pay Gap Is Real’ 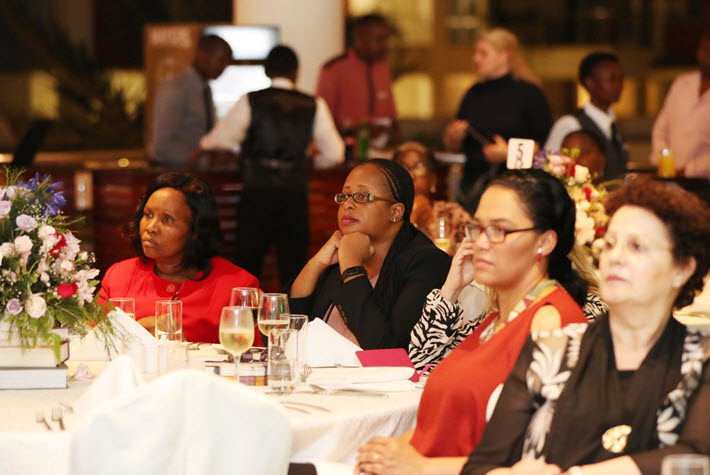 PP: With so many gatherings in such far-flung settings last year, what discoveries have you made in terms of women in publishing?

BAQ: Throughout 2019, we held consultations with women attending international book events to get a clear understanding of the major diversity and inclusivity challenges they face. We found a large number of common themes, regardless of where the women were based, such as lack of career progression and mobility, especially at the executive level.

More such issues: gender pay gaps; limited access to female mentors; challenges around work-life balance, and associated issues like suitable facilities and flexible working timings and environments. Most of these issues are well documented, which gives us a good framework from which we can start creating viable and practical solutions.

It’s well known that publishing employs many more women than men overall—I think it’s something like two thirds of people in publishing businesses in the West are women. However, there’s a concentration of men in the highest-paid quartile, and men are given a disproportionate share of the most senior, best-rewarded roles.

In addition, the gender pay gap is real—as much as 30 percent in some companies. These disparities are wrong, and all the more galling when there’s a vast pool of talented women from which to choose and promote.

At the same time, I’ve been encouraged to see that the most recent diversity report from the UK Publishers Association found that for the first time women outnumbered men in senior leadership and executive level roles. This kind of progress is great, but sadly remains exceptional in the overall global picture. 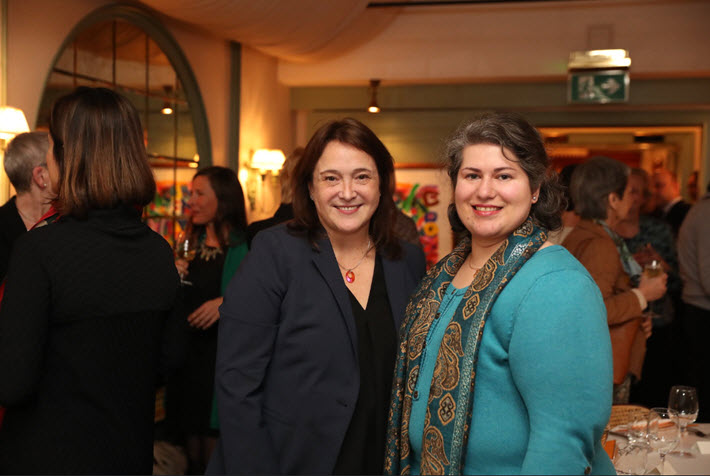 PP: So this year, the group will focus on some of these common challenges and barriers, as they’re manifested by the PublisHer membership.

BAQ: It’s something we hope to achieve through listening to the women who speak at our events, whether on the stage or during the open-mic sessions we often have during the evenings.

We also expect to collect some valuable insights through the PublisHer Community Survey.

If we can identify the big barriers that are making women’s careers falter, then we can begin to look at ways to overcome them and create conditions where everyone in publishing has a fair chance to progress because the only metric that matters is ability. 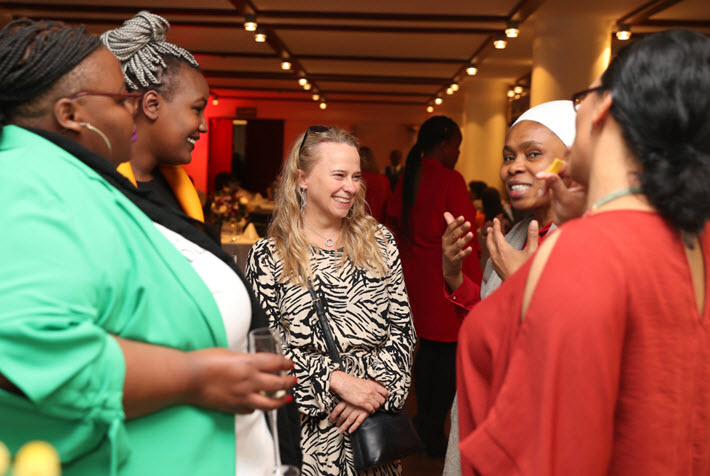 More from Publishing Perspectives on the PublisHer movement is here. More from us on women in publishing is here, and more on London Book Fair is here.