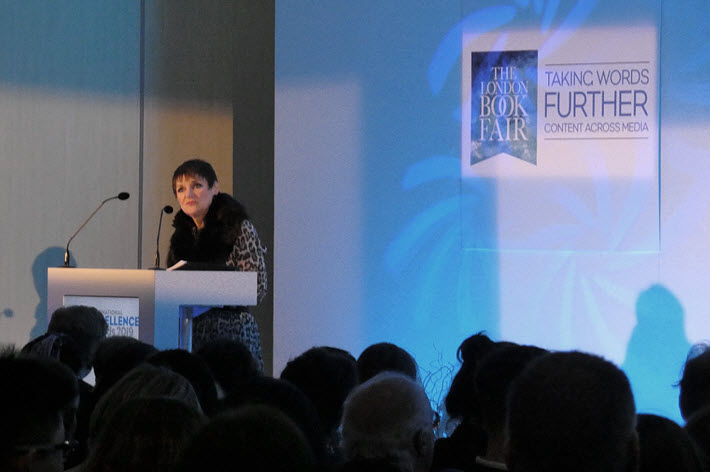 LBF’s 2020 International Excellence Awards ceremony will be held for the first time in a post-Brexit London, heightening the importance of internationalism to the book publishing industry.

Organizers of the London Book Fair International Excellence Awards today (February 10) say that the 29 nations represented in the shortlist being announced today is a record.

And these awards—in which the UK’s Publishers Association annually serves as partner—may be of particular significance this year, based as they are in a United Kingdom that less than two weeks ago, on January 31, began transitioning out of the European Union. Many in the UK book business look anything but comfortable about Brexit’s long-coming reality. You see this, of course, in such efforts as the European “Friendship Tour” mounted recently by author’s Ken Follett, Jojo Moyes, Lee Child, and Kate Mosse.

According to the Publishers Association, the British book industry has in the past depended on international exports for more than half its sales revenue. Another way to put this is to say that for decades, the UK industry has developed as one that publishes far, far more books than its own population can buy or read. Not for nothing is the association’s “Export Toolkit” the largest feature on its homepage at the moment. The situation is serious. The emphasis is absolutely justified.

Thus it is that any form of outreach beyond the sceptered isles takes on very logically heightened meaning this year, and many elements of London Book Fair (March 10 to 12) can be expected to reflect this.

Since the awards began, publishing figures, programs, and companies in at least 50 international markets have been highlighted by the awards program.

In the Bookstore of the Year category, annually supported by a sponsorship from Gardners, there are retailers from Estonia, New Zealand, and Yemen represented.

There are, in fact, two specific Market Focus Sharjah awards included, one for an adult trade award and one in children’s, YA, and educational publishing.

And in her prepared statement for news media on the release of the shortlist, the fair’s director Jacks Thomas is quoted speaking about the “global book industry,” the “global village,” “global excellence,” and impact “across the globe.” Clearly, the perfectly understandable concern coursing through the UK’s industry is acute at this point—how could it be otherwise?—and that makes this a time for the internationalist stance of this fair and its awards program to be spotlighted.

“This record number of countries shortlisted for the seventh London Book Fair International Excellence Awards,” Thomas says, “really does shout that the global book industry continues to thrive through innovation, inspiration, and sheer hard work across the globe. The awards capture the passion that underpins the commitment of those working in this global village to share the power of books.

“The geographic range entering cements these awards as the pivotal event celebrating global excellence in the publishing industry. It’s wonderful to give all shortlistees the international platform at the Book Fair to showcase their success. We look forward to welcoming this great line-up in March and wish everyone the best of luck.”

Thomas is backed up by Publishers Association CEO Stephen Lotinga, whose comment refers to publishing as “an inherently international industry.”

He’s quoted, saying, “It’s a real pleasure to see the variety and quality of the shortlists this year.

“Publishing is an inherently international industry and these awards celebrate those around the world who champion reading and learning. Congratulations to all those shortlisted and we very much look forward to celebrating these awards at The London Book Fair in March.”

Reflective of its world-leading stress on diversity and inclusivity, the Publishers Association is the sponsor of the Inclusivity in Publishing Award, too. 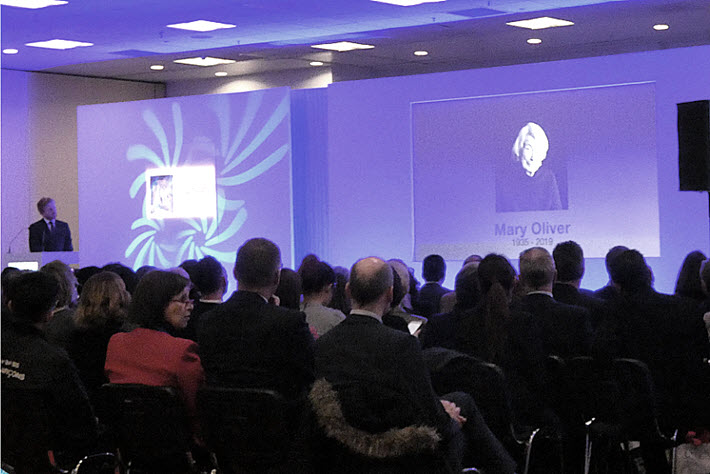 At the 2019 International Excellence Awards, the London Book Fair looks back at members of the industry lost during the year. Image: Porter Anderson

The Academic and Professional Publisher Award

The Bookstore of the Year Award, sponsored by Gardners

Eligible for entries from all countries, including the UK

Inclusivity in Publishing Award, supported by the Publishers Association

Eligible for entries from the UK only

The winners of the 2020 International Excellence Awards will be named in the annual invitation-only program on March 10 at 6 p.m. at Olympia London. In addition to these awards, the event is to include the Simon Master’s Chairman Award, the Association for Publishing Education Student Awards, and the Lifetime Achievement Award.