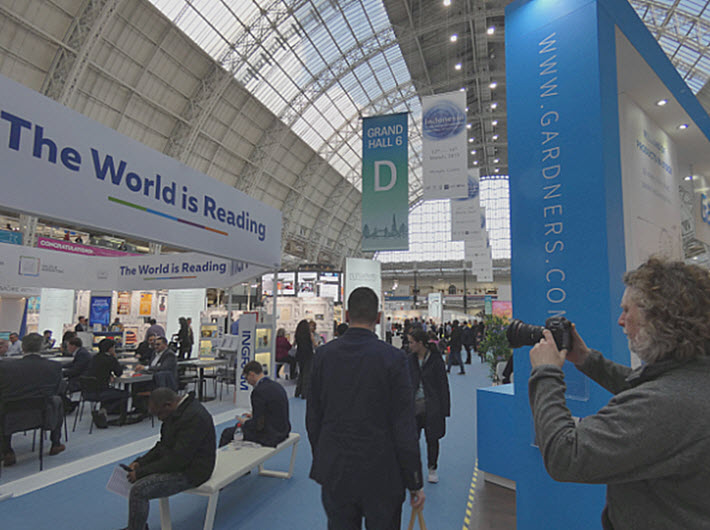 Among the key publishing industry trade shows, London Book Fair (March 10-12) does more in the way of training and networking for self-publishing authors in the English language than others.

Today (February 7), the show is announcing its roster of Insight Seminar programs for the large Author HQ setting that’s dedicated to writers at Olympia London.

Reed Exhibitions’ show in London under Jacks Thomas’ direction has been the most aggressive and successful in addressing issues of independent and aspirational authors, providing extensive programming for hundreds of writerly attendees annually, while many other industry-facing events have struggled to integrate the interests and needs of authors not presented by publishers.

Beginning with its “Author Lounge” programming in 2013 at the Earls Court location, London Book Fair’s programming for authors has steadily been refined and expanded, and has been strongly supported by many of the UK’s extensive self-publishing community members.

As Publishing Perspectives announced in December, the program this year again features a Writers’ Summit conference format on Tuesday afternoon (March 10), as well as on Wednesday and Thursday of fair week.

In media messaging today, organizers are highlighting a series of sessions. The titles and descriptive copy are the fair’s:

During the course of the week, the winner of the British Selfies Awards for non-aligned authors will be announced in the Author HQ area. That competition is sponsored by Bookbrunch. Submissions for the prize program are open and will close February 29. More information is here.

And on LBF Thursday, March 12, the afternoon will include the fair’s traditional “The Write Stuff” competition, in which six authors pitch their books to a panel of literary agents, and the Author HQ audience. This year’s judges include representatives from London’s Curtis Brown agency.

Events in the Author HQ series and area are free once the attendee has paid for a three-day visitor’s pass. Something that the canniest authors will do is take advantage of some of the Insight Seminar overall program’s more-than 200 events that are aimed at industry players. London Book Fair is a great place in which authors can become acquainted not only with issues in their own part of the business but also with concerns and trends for publishers.

More from Publishing Perspectives on London Book Fair is here, more on authors is here, and more from us on publishing and book awards is here.