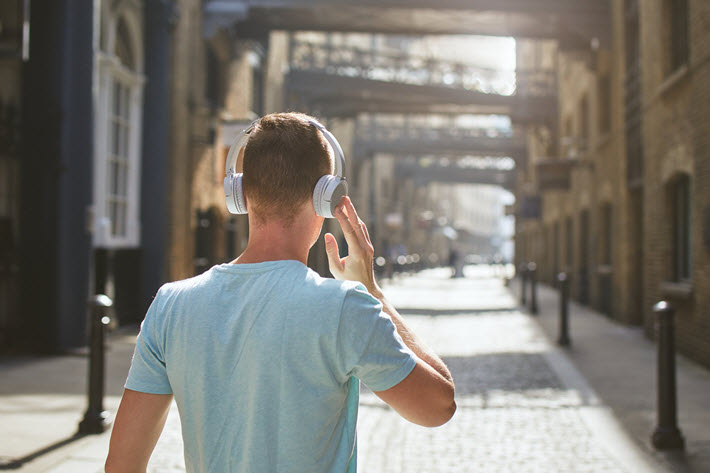 An audiobook consumer in London, where the first ‘Audio HQ’ conference opens the trade show this year on March 10. Image – iStockphoto: Chalabala

Organizers of London Book Fair today (February 5) are announcing the addition to their program of an “Audio HQ summit” on the trade show’s opening day, March 10.

The naming convention follows that of London’s “Author HQ” area and programming for primarily self-publishing authors.

And while the Quantum conference (successor to the “Digital Minds” series) is not being staged this year as a curtain-raiser to the fair, the branding lives on: the Audio HQ summit is a half-day conference that will open with Nielsen Book Research’s Jaclyn Swope in what’s billed as a “Quantum Talk”—an overview of data points around the UK’s audiobook market in 2020. 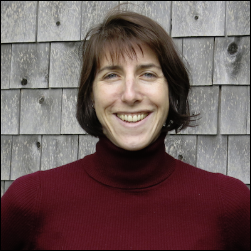 With that Nielsen session as the opener to the Audio HQ event at 9:45 a.m., the March 10 program then follows with:

In a prepared statement, London Book Fair director Jacks Thomas is quoted, saying, “Audio’s double-digit growth over the past few years is another example of where technology and the craft of storytelling have come together to great effect.

“Audiobooks have expanded the reach of books, bringing in new book consumers and providing another format for regular literary lovers to enjoy.

“This audio summit is a chance to get under the skin of key areas of the audiobook success story from subscription models to the expansion of new audio content.”

Thomas points out that the programing will include audiobook players from the United States—where the most recent StatShot report from the Association of American Publishers indicates that downloaded audio accounted for 7.9 percent of the market in November 2019.

Programming for the new audio conference will include Zitt and Cobb from the States, Thomas says, “as the American market has led the way in the audio revolution, and I can’t wait to hear what is next for this exciting format.”

Publishing Perspectives readers will recall that last year, Thomas and several others from the London fair took a first-time “CAMEOs USA” program to the sidelines of BookExpo in New York, producing an award for the audiobook edition of Anna Burns’ Booker-winning Milkman.

In addition, Frankfurter Buchmesse in October created its own new “Frankfurt Audio” exhibition area and “Audio Summit” conference event, as the London fair now is doing.

And in London, The Bookseller’s annual FutureBook conference has featured a full track of audio-specific content for several years, as the industry’s fondness has grown for the format—rediscovered by consumers since it was liberated from tapes and CDs by digital downloads.

The new Audio HQ conference at London Book Fair will be open to all fair attendees.

Audio-related programming will also be featured in the three-day Insights Seminar series of events directed by the fair’s Orna O’Brien.

More from Publishing Perspectives on London Book Fair is here, and more from us on audiobooks is here.