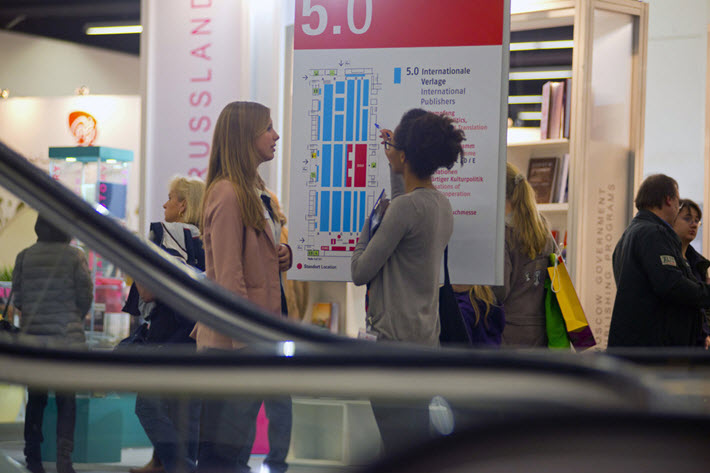 Two free stands at Frankfurt are available again this year—one for a winner from Germany and one for an international recipient.

Even as more and more focus in the world industry turns to London Book Fair, Frankfurter Buchmesse (October 14 to 18) has announced this morning (February 24) that the trade show will again offer a free stand in its annual Wildcard competition for startup companies and others who so far have not exhibited at Frankfurt. 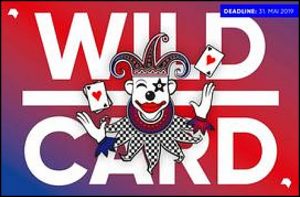 Again, two stands will be awarded—one for a company based in Germany and another for an international startup.

This is the sixth iteration of the popular contest, and those who’d like to enter are invited to submit their answers to three questions about their exhibition concept.

The competition can be expected to be stiff. In the past five years, some 1,300 businesses from 20 countries have competed for one of the eight-square-meter stands.

And it may interest some that the program isn’t limited to companies. In media messaging from Frankfurt today, we read, “In addition to traditional publishing houses, all innovative content creators may apply: authors, illustrators, activists in publishing, game developers, corporate publishers, vloggers, bloggers, bookstagrammers, photographers, content distributors, content developers and many others.”

One of the highest visibility winners of a free stand in the past has been UNSILO, the Denmark-based artificial intelligence specialists. In a prepared statement, Michael Upshall, who leads sales and business development, is quoted today, saying about the company’s 2018 win, “We consider Frankfurter Buchmesse the most important publishing fair of the year, hands down, and we presented a series of strategic solutions there for utilizing machine learning for new internal workflows.”

In a statement today, Sandra Niehbur-Siebert of the KIMI jury says, “Our participation at Frankfurter Buchmesse 2019 thanks to the Wildcard was incredibly enriching for our initiative. Conversations with many authors, illustrators, publishers, and the public provided us with new inspiration and numerous contacts, which we’ve continued to maintain.”

On the international scene, Canada’s blockchain-focused Scenerex won the 2019 Wildcard, and CCO Christine Joly is today quoted, saying, “We are a small team from Montreal with big ideas and even bigger ambitions.

“We firmly believe in the power of blockchain to tackle some of the challenges in the industry. And participating at Frankfurter Buchmesse was the perfect opportunity for us to share our knowledge and make connections.”

In 2018, Germany’s Reisedepeschen won the national free stand, and Marianna Hillmer and Johannes Klaus, who are managing publishers, are quoted, saying, “With our travel books, we bring together creative minds from the travel-blog and publishing worlds. The Wildcard gave us the amazing opportunity to make new contacts in the book sector and to bring together all these people from completely different domains.”

All companies that have not yet exhibited at Frankfurter Buchmesse are eligible to participate.

More from Publishing Perspectives about Frankfurter Buchmesse is here.