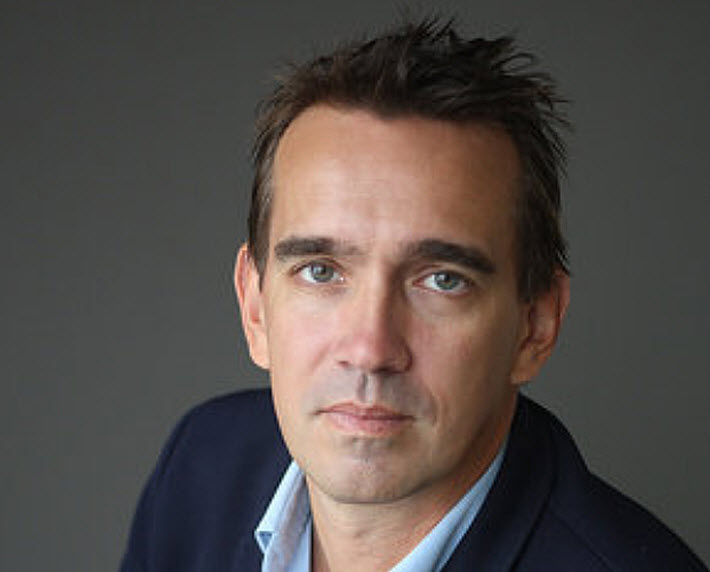 The new jury chair of the Cundill History Prize, Peter Frankopan, on why history books and writing are important in this time of ‘shifting geopolitical sands.’

The newly announced chair of the US$75,000 Cundill History Prize says he’s not ready to hand too much credit to Donald Trump—sometimes called our bookseller-in-chief—for the strength of nonfiction in many parts of world publishing these days.

“It’s worth bearing in mind,” Peter Frankopan says, “that most nonfiction books are many years in gestation and take time to write and to be published. So many of the topics being written about [now] would have been thought through long before Trump was elected president.”

Nevertheless, Canada’s Cundill program in recent seasons has demonstrated—as has the British Academy’s Nayef Al-Rodhan Prize for Global Cultural Understanding—that geopolitical forces seem to be opening many readers’ minds to the expertise and analysis of particularly accessible historical writings. The search is on, among many audiences of the international book business, for understanding of how so much nationalist, often isolationist and even xenophobic energy has developed in an era many might have thought had escaped such darkness.

‘The Cundill opened its 2020 submissions period on Tuesday (February 25) with the announcement of Frankopan’s jury chairmanship. World publishers have until April 20 to submit titles for consideration in this, the 13th year of the program. This program is open to authors from anywhere in the world, regardless of nationality or place of residence. The Cundill also accepts submissions of translations into English.

As Publishing Perspectives readers will recall, this is an awards program that not only pays its winners $75,000, but also gives $10,000 each to the two finalists who aren’t selected as the winner.

More details of eligibility  are at the site’s submissions page. The program plans to repeat its New York appearance in September for the announcement of its shortlist, then will be at Frankfurter Buchmesse in October—during the Guest of Honor Canada programming—presumably to announce its “even shorter list” of three finalists.

While not ready to hand Trump the credit for readers’ interest in nonfiction, Frankopan in his exchange with Publishing Perspectives says, “It’s only right that from the perspective of readers, when people live through times of change or shifts that are difficult understand, [you] turn to the past for examples and to look for nonfiction books that explain why we are where we are. 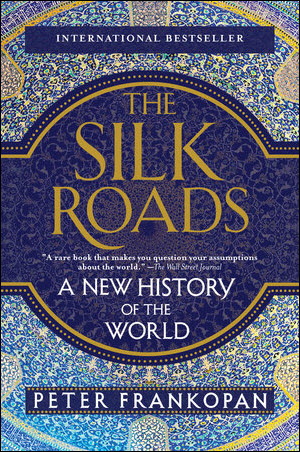 “So in that sense, Trump is symptomatic of something much wider in the world today. The 21st-century is a time of profound socio-economic change as well as a time of challenges posed by rapidly evolving technologies, the rise of new powers, and shifting geopolitical sands.

“That makes it a rich time to look to history either for parallels or for subjects that echo or resonate with the modern world.”

Frankopan was himself a juror in the 2018 cycle of Montreal’s McGill University-based Cundill. He’s the professor of global history at Oxford, a senior research fellow at Worcester College and the Stavros Niarchos Foundation director of the Oxford Centre for Byzantine Research.

And with his deep academic credentials—from the Stanley Seeger Hellenic Studies fellowship at Princeton to the Scaliger professor seat at Leiden—he’s looking at some realities that tend to give the lie to the common idea that too many in the academic world write without regard to the accessibility a wider readership’s needs. The sort of readability the Cundill’s program surfaces, in other words, is not as much a surprise as it may be to the lay consumer.

“I think the academy sometimes has an undeserved reputation,” he says, “for being elusive, arcane, and irrelevant. In my experience, that has little bearing on reality. Many of my colleagues are outstanding scholars who write about subjects in ways that are not just accessible but also extremely interesting and innovative. 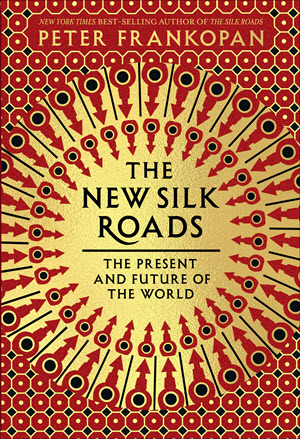 “In many ways, that’s not surprising, given that professors spend a lot of time talking to those aged 18 to 22, and in most cases even the very best students have limited knowledge or experience of subjects that they meet for the first time. This means that good professors have to be good communicators.

“Having said that,” Frankopan says—and editors will be familiar with the effects of this point—”I think it’s fair to say that in academic life, there’s often very little by way of mentoring or of advice and guidance on how to improve writing style or how to think about reaching broader audiences. For most scholars, that kind of advice ends when you finish your dissertation and it can be the last time to receive any practical and useful guidance for a career that might last another 70 to 80 years.’

What Frankopan isn’t saying, of coruse, is that he’s about to embark, on what to some of us could feel like 70 or 80 years of serious reading this year for the Cundill History Prize. He concedes that the load is huge.

“Judging a prize like the Cundill involves an enormous time commitment,” he says.

“We’ll start with a longlist of about 40 books. I’ll have a chance to call in more, as individual members of the jury see fit.

“On the other hand, one of the great rewards of a prize like this is that it means being exposed to subjects, regions, and time periods that are either little known or new. So inevitably, the richness of experience is one that can only have a positive impact on one’s own current and future research.

“And on top of that, the visibility of the prize,” he says, “its reputation and the value of the award—both financial and in terms of prestige—can be career-changing for the lucky individual whose book gets chosen as the winner in November.

So it’s a real privilege to have to read outstanding history books, to have to decide which one is really breaking new ground, and  to think about how important nonfiction is in this day and age.”