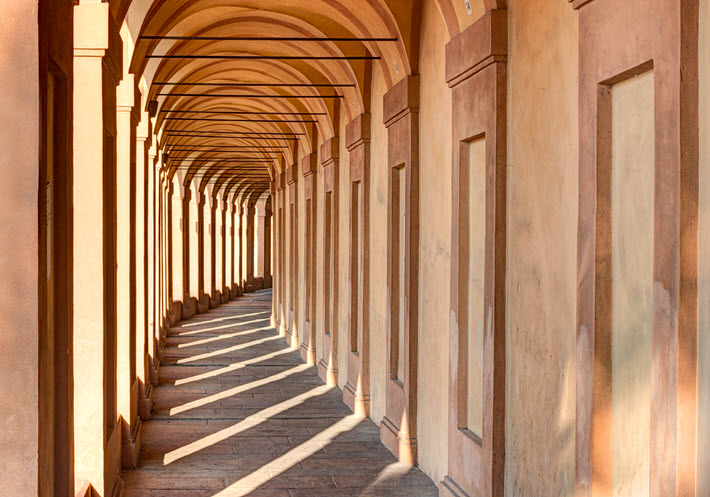 Updating: With the 30,000-attendee Bologna Children’s Book Fair postponed in virus-struck Italy, the international book business debates how to proceed, though London Book Fair commits to going ahead.

Today (February 25), as international publishing industry professionals await more details on the news that Bologna Children’s Book Fair  has postponed its 57th outing—originally set for March 30 to April 2—the London Book Fair‘s organizers have issued an overnight statement of assurance to news media that London will go forward on schedule.

“The London Book Fair wants to express our concern for everyone impacted by the COVID-19 virus,” the trade show’s message reads in a note sent late on Monday night (February 24), “and we send our warm wishes to all our book industry colleagues around the world.

“Our event in London is going ahead, March 10 to 12 as scheduled,” the company says.

“We’re actively and continuously monitoring the situation around the Covid-19 coronavirus in line with Public Health England and WHO guidelines. Working with the venue, the health and safety of our exhibitors, visitors and staff is our No. 1 priority.”

As Publishing Perspectives readers know from our Thursday story (February 20), in the Help section of the London Book Fair site, the company has posted a special note about the issue and can update that  note—as we will update readers—with any news needed.

This, as worried discussions around the industry go forward on the news about the 30,000-attendee Bologna fair, the most influential of the year’s international events focused on children’s books.

“Is this for real?” one literary agent in the United States wrote to Publishing Perspectives as we released our story on the postponement Monday. As it turns out, that agent worries that other travel plans already booked in May might make it impossible for her to make the move on her calendar for Bologna. She continues to wrangle with the dates. 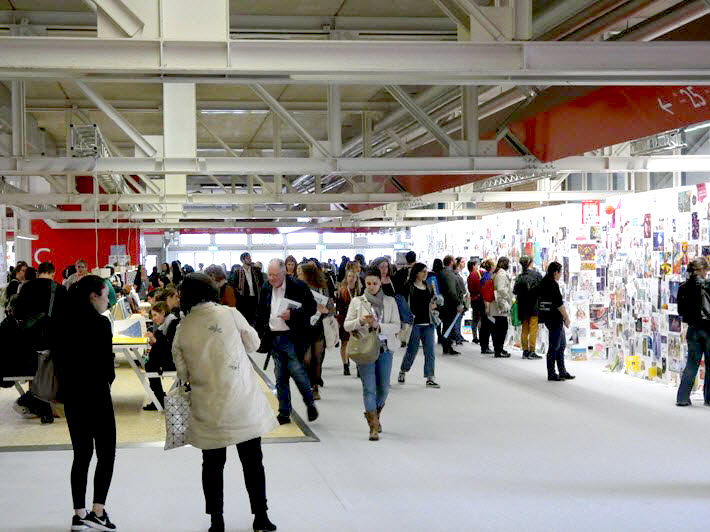 More than 50,000 people in some 11 Italian towns are reported to have been told to stay where they are in the sudden outbreak over the weekend. Travel restrictions, as lockdowns continue, may be affecting as many as 1o0,000 people. Throughout much of Europe, nonessential travel to the region is being discouraged.

International press reports indicate that the center of the affected area appears to be the town of Codogno, which is 70 kilometers (43 miles) southeast of Milan and some 161 kilometers (100 miles) northwest of Bologna. So Bologna, itself, is outside the locked down area, though in the Emilia-Romagna region which borders the Lombardy, where many precautions are being taken by authorities.

As the Associated Press, Paolo Santalucia, Giada Zampano, and Nicole Winfild report, “Croatia, Hungary and Ireland advised against travel to the affected areas, and Italians traveling abroad began to feel the effects of a crackdown: A bus from Milan was barricaded by police in the French city of Lyon for health checks for several hours before being deemed to be virus-free and sent on its way; Alitalia passengers arriving in Mauritius were threatened with quarantine.”

The BBC’s Mark Lowen, reporting today from the hard-hit Lombardy region of Italy, has been told by Codogno’s mayor, Francesco Passerini, “that the situation is completely calm and supplies of food and medicine are stable.”

Authorities are working to assess how the Italian case count jumped from six coronavirus cases to more than 200 since Friday, Lowen writes. The Italian prime minister, Giuseppe Conte, has said “the high number here is because Italy is testing more people than other European countries.”

At Business Insider UK, Sinéad Baker reports that the case load has reached 229 in the closed region of a dozen towns around Codogna. Seven people are reported to have died in Italy from the virus. La Repubblica’s reporting is aligned with these numbers, adding that of the 229 cases, 99 have been hospitalized with symptoms, 23 in serious condition.

Reports from the region indicate that most of the several deaths involved elderly patients who already were in ill health. 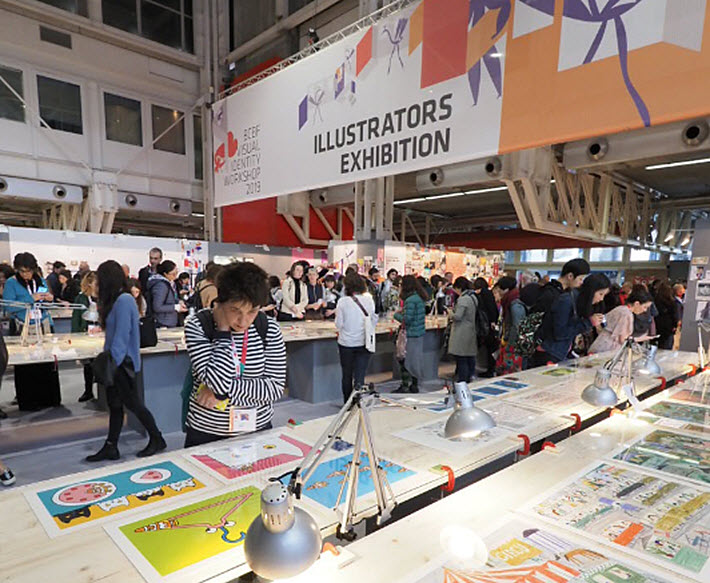 In Mark Chandler’s update today at The Bookseller, a representative reaction quote comes from Kate Wilson, managing director of the much-awarded Nosy Crow children’s book publisher, who says, ““So much of our business comes from Bologna and Frankfurt, and our schedules are shaped around the dates of the fairs. But the vast bulk of our appointments at the book fairs are with people we already deal with, and we expect that we will be able to keep in touch with them through calls and emails and through switching the dates of trips we’ve already got planned to key territories.

“We expect that we’ll be sending a lot of material digitally over the next few weeks, rather than holding material back to reveal at the book fair itself.”

Is moving to May enough? In light of the Italian outbreak southeast of Milan, is moving to May a big enough change of dates? Some world-industry players have asked the same thing of the Taipei International Book Exhibition, which near the end of January had announced it would move from February to May.

Last evening (February 24), the Wall Street Journal’s Peter Loftus may have offered the first ray of hope on the contagion, reporting that the pharmaceutical company Moderna in Massachusetts “has shipped the first batch of its rapidly developed coronavirus vaccine to US government researchers, who will launch the first human tests of whether the experimental shot could help suppress the epidemic originating in China.”

Even with such quick work from Moderna, a clinical trial of 20 to 25 healthy volunteers, Loftus writes, might not be expected until the end of April—with the highly respected Anthony Fauci at the National Institute of Allergy and Infectious Diseases (NIAID) saying that initial results “could become available in July or August.”

Nevertheless, in medical science, this sort of timeline is being praised for its speed, thanks to new means based on platform technologies. “In comparison,” Loftus writes, “after an outbreak of an older coronavirus, severe acute respiratory syndrome, in China in 2002, it took about 20 months for NIAID to get a vaccine into the first stage of human testing, according to Dr. Fauci.”

Can exhibitors count on business in the later dates? Assuming that containment and treatment measures lift the Italian emergency, how robust can the Bologna fair’s rescheduled events be?

The children’s publisher Camelozampa—based in Monselice, in the province of Padua—has issued a note to colleagues, reading, “We’ll be there [in May], Hall 26, Stand A68, and we hope you will manage to attend, too. For those of you who already had confirmed meetings, please let us know if it is OK for you to keep the same day and time. And since we have a few slots still available, your new requests for meetings are welcome too.”

Can arrangements be effectively and affordably rebooked? In Bologna, hotels’ availabilities almost immediately showed no-rooms-available messages on the May 4 to 7 dates, indicating that many exhibitors and attendees had quickly moved to rebook to the new time frame for the show.

For the most part, meetings are being kept in the same parts of the week, publishers and agents say, just in the new week of dates.

Reactions From Exhibitors: Holding On 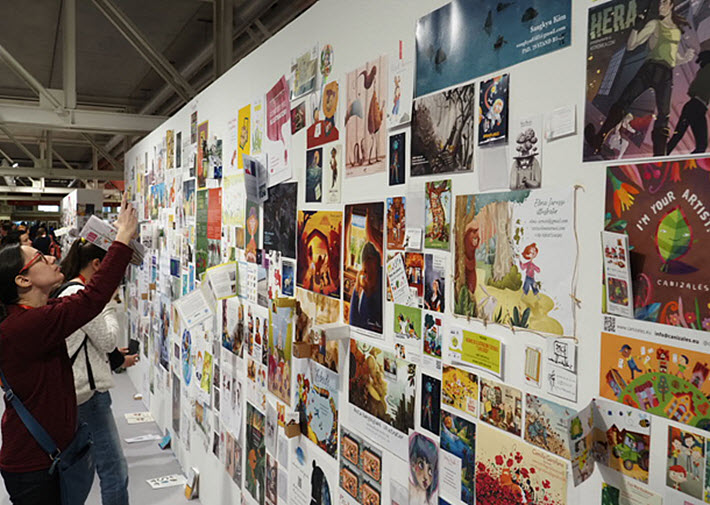 In Germany, the Börsenblatt has quoted several German publishers on the news of the postponement today.

Bärbel Dorweiler of Thienemann-Esslinger goes right to the question we’re hearing most from our own readers, asking, “The biggest question that we have in the room is, ‘Will there be an “all clear” by the beginning of May?’ I hope so, for Italy and for all of Europe. It’s difficult to say what makes sense now.”

For the moment, many are hoping that BolognaFiere can provide quick information, promised with its announcement yesterday.

“What we hear from our important license partners, publishers and agencies, the press, etc.,” said Ulrike Metzger of S. Fischer, [is that] it will probably be a ‘light’ fair in May: a little less of everything. On the one hand, this has to do with organizational matters (Who can set this up? What important internal fixed dates take place in this first week of May? Who will be there from the important license partners? Who from the press? Etc.), and of course with costs. And both combined with the cost-benefit ratio.”

Renate Reichstein of the Association of Youth Book Publishers points out, “The stands have all already been paid for, contracts have been concluded with service providers, so you have to see whether, for example, the stand builders can cancel the costs incurred and have time in May or have other orders.

“Then it must be checked whether the employees can push something in their busy schedules, others may have already booked a vacation.”

And from Katja Meinecke-Meurer of Tessloff, a message of fellow-feeling for the BolognaFiere colleagues who are struggling to see a way forward in such upheaval.

“I am very grateful that BolognaFiera has reacted so quickly and clearly. … Of course, this now means: rescheduling and reorganizing, but we are used to that and I am sure that the organizational issues can be solved well by the efforts of all those involved.

“In principle, we would like to drive [to Bologna in May], but we also have a responsibility for employees, colleagues, and all people we meet on the way to and from Bologna. Maybe it will be a ‘simpler’ or ‘smaller version,’ that’s all possible. Why not? In any case, we have not said goodbye to visiting the trade fair to this day.”