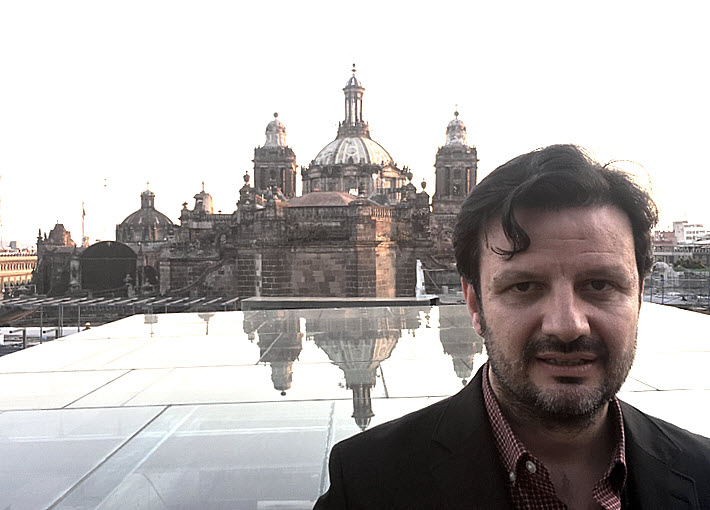 Saying that the book is no longer a business model in itself, Roger Casas-Alatriste insists on a transmedial approach for publishers.

Editor’s note: Readers of Publishing Perspectives will see an interesting parallel today. Much as technology critic and documentary filmmaker Andrew Keen speaks about using many channels to impact audiences, Madrid’s Roger Casas-Alatriste says that publishing needs to think the same way: ‘We have to see content as liquid,’ he says, ‘for use on multiple platforms.’ —Porter Anderson

In a keynote address at Tuesday’s (February 18) annual CONTEC Mexico conference in Mexico city, issues of transmedia have been described as “the capacity to think how our stories can be transmitted through different platforms.” 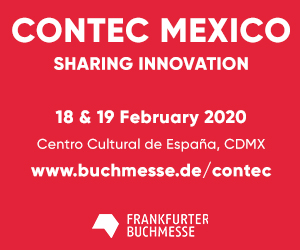 Roger Casas-Alatriste is the founding director of the Madrid-based El Cañonazo Transmedia and he was one of the speakers on-hand at the two-day event, a flagship program of Frankfurter Buchmesse’s outreach in Latin America .

Casas-Alatriste told his audience at Centro Cultural de España, “We’re multi-platform beings, and our multiple devices are our platforms. We’re full of stories, and we’re what we tell and how we tell it.

El Cañonazo—as a phrase, it translates to a cannon blast—is a digital content strategy agency with clients that include airlines, insurance companies, media outlets, telecommunications companies and retail chains. As the pitch has it, the company helps them “make a bang.”

A Mexican by birth, Casas-Alatriste founded the company 10 years ago in the Spanish capital. “At that time, it made sense in the Spanish market, and not so much in the Mexican market,” he says.

Now, he says, he sees Mexico and other Latin American countries as markets in which he may find new clients.

“We’re knocking on doors to expand” to the Spanish-language market in the United States, Mexico, and Colombia, he tells Publishing Perspectives. “I think the Mexican and Colombian markets are now prepared for more creative and challenging content. They’re the most mature markets in Latin America in that sense.

“We have a diversified business model with audiovisual production, an agency for branded content, and a creative studio for transmedia. That allows us to focus on different sectors.”

‘Branding Is Complementary to Publicity’ 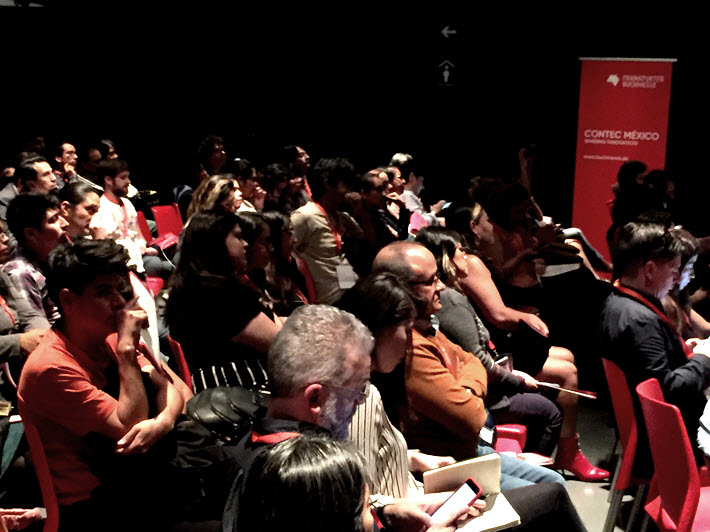 “The media have now realized that they can use creativity from other sources,” Casas-Alatriste says. “We can contribute with our content to all kinds of businesses and departments, because all companies need stories to connect to their customers, and those companies don’t always have the team to attend to their narrative needs.

“Spotify and Netflix have changed the way we consume content and stories, and this has determined the way the media and brands now have to compete.”

He says there’s a difference, however, between the way El Cañonazo helps companies harness content and the traditional ways in which advertisers target potential consumers.

“Advertising is based on repetition that interrupts the content you’re trying to consume,” Casas-Alatriste says, “and that interruption is increasingly less effective because we’re using media such as Spotify and Netflix—impervious to such ads.

“We believe that branded content should be complementary to publicity. In order to sell you a product I have to make friends with you. As consumers, we need to like a brand in order to consume its products.”

Thanks to the Internet and smartphones, Casas-Alatriste says, we’re all compulsive consumers of content—as well as content creators.

“But we can no longer think of ourselves as just being creators of content,” he says, “we have to see content as liquid for use on multiple platforms. And if we don’t think like that, then our days are numbered.”

Casas-Alatriste says the book by itself should no longer be seen as a business model. And that, he says, is a “pain point” for publishing. New models—modes, formats, and iterations—must be found for publishing’s content, and adaptations to film, television, audiobooks, and more are part of that.

To illustrate his point, Casas-Alatriste highlights how many films and television series are adapted from books, rather than arriving as original content. This, he says, is definitional to transmedia.

The only problem, he says, is that “Technology has democratized our choices, and we’re all competing for each other’s attention. If you don’t take a transmedial approach, somebody else will.

Roger Casas-Alatriste. likens the transmedial approach to a brand diversifying its products and service offerings, not unlike bookstores complementing their revenues with sales of merchandise, food, or drink.

“It’s a question,” he says, “of producing more stories from the same story.”

More from Publishing Perspectives on México is here, more on digital publishing is here, and more on the CONTEC programming from the Frankfurter Buchmesse is here.