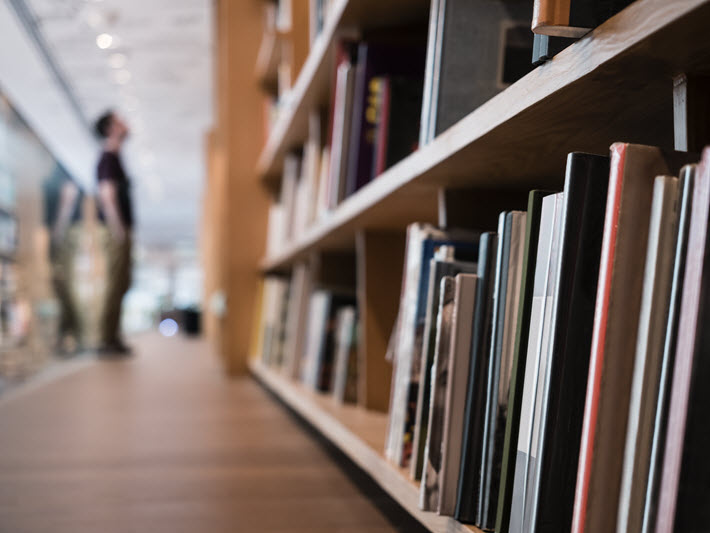 ‘The Facilitation of Better Communication’

Touting it as Canada’s first system for “the aggregation and analysis of data from public libraries across the country,” BookNet has today (February 12) announced LibraryData, a new program “being rolled out to library wholesalers and public library systems that have been contributing their collection and circulation data during a beta period over the past few months.”

LibraryData is integrated with yet another double-word BookNet service, SalesData, which is made available to publishers, distributors, wholesalers, sales agents, retailers, librarians, library wholesalers, and literary agents.

SalesData, a service for Canada’s English-language trade market, now is enriched with LibraryData’s display of such features as “popular books” lists that follow trends in genre, regions, and authors.

Earlier this week, BookNet provided some insights from its consumer survey on audiobooks in the Canadian market. With the advent of LibraryData, the organization now will have libraries delivering weekly reports.

According to media messaging from BookNet offices in Toronto, “LibraryData will now function as the ultimate source of nationwide data on loans, holds, renewals, on-order, and collection holdings data, providing unprecedented insight into the public library market in Canada.”

In a prepared statement on today’s news, Jefferson Gilbert, executive director of the Canadian Urban Libraries Council (CULC) / Conseil des Bibliothèques Urbaines du Canada (CBUC), is quoted, saying, “Libraries have lagged behind book retailers when it comes to sharing and analyzing this level of data.

“By consolidating our data, we can speak for the reading habits of all Canadian library users and make sure our work is understood and appropriately valued by associations, publishers, the government, and other industry participants.

“The facilitation of better communication stands to strengthen our role as advocates and stalwarts of the Canadian book industry.”

As LibraryData is activated, the system is available only to libraries that contribute their data and pay a fee.

Other elements of the book industry including publishers and retailers, are to be invited to access the system later this year.

In addition to supporting libraries in their work, LibraryData will allow suppliers and publishers to investigate trends, identify collection opportunities, and access a full view of a title’s performance in the Canadian market.

You can see some of the data being generated from engaged libraries here.

In the first half of 2019, for example, the Canadian libraries feeding data to the new tool revealed that the most-loaned library books were:

In a note, the agency explains that libraries are reporting circulation based on ISBNs. Because some libraries catalogue series in clusters of ISBNs, whole series will be recorded as individual titles.

Perceptive industry pros, of course, will have realized that the most-loaned list above shows the Top Five to be books from outside Canada (and a reflection of the frustration that many in the Canadian market feel about the dominance of the “multinational” publishers established in the country. The “CA” after each of these titles is BookNet’s notation that these are books from Canadian publishers.

By paying a fee, libraries that contribute their own data to the system will have from BookNet:

Interested industry players can learn more about the new LibraryData system in its help manual here.

More from Publishing Perspectives on BookNet Canada and its research is here. More from us on the Canadian market is here and more on libraries is here.