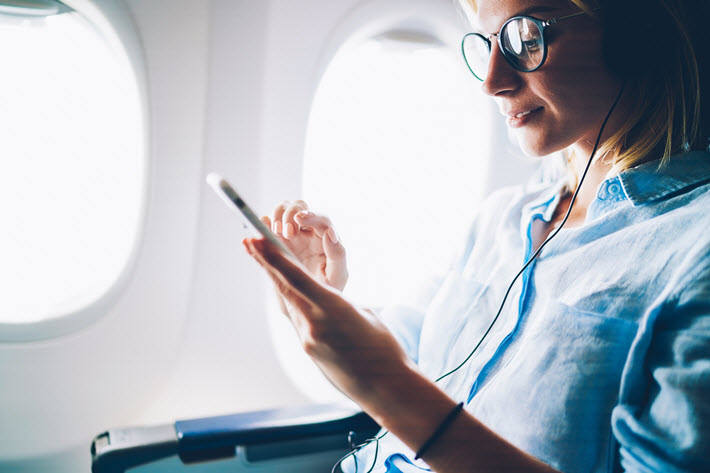 Using a consumer survey, BookNet Canada has concluded that online book sales across the formats were slightly down in 2019 compared to the previous year. So were hardcover purchases.

While much of the world industry remains enthusiastic about audiobooks and their sales growth compared to that of other formats, the Canadian market may be a less energetic model. It’s worth noting, however, that the information being relayed today (February 10) is drawn not from point-of-sale tracking but from yearlong consumer surveys.

BookNet Canada, based in Toronto and which supplies statistical support to the English-language Canadian book market, has issued its report this morning on audio9book performance in 2019.

The agency reports that five percent of book purchases in Canada went to audiobooks last year, which is a rise from 3.6 percent in 2019. By contrast, hardcover book sales accounted for 24 percent of the market’s purchases, and that’s down from 25.9 percent in 2018. It’s interesting to wonder if that slight move up in audiobooks was related to the slight retreat in hardcover sales: did more people listen than read?

Otherwise, as BookNet writes, “There has been little change in the format breakdown over the past few years, with paperbacks and ebooks holding steady at around 49 percent and 17 percent, respectively.”

Media messaging does, however, indicate that there could be some under-reporting in the audiobook sector. This is because 26 percent of audiobooks were acquired, says BookNet, through subscriptions, meaning that survey respondents may not have considered them to be standard purchases.

As mentioned, the way BookNet compiles the information for today’s report is by asking consumers rather than publishing industry players.

BookNet Canada runs an online survey of adult, English-language book buyers in Canada, asking respondents about book purchases in the prior month. The process is replicated monthly, so that respondents are answering questions about their previous month’s activities.

The program has produced some other points, according to BookNet:

As for categories, BookNet reports this breakdown across all formats:

This is on par, the agency reports, with results from previous years of consumer surveying.

BookNet Canada also collects transaction-level data for print sales in the Canadian English-language trade book market through BNC SalesData. Analysis of 2019’s print market is expected to be released at a later date in the organization’s annual report.

Some of BookNet Canada’s reports are available for purchase and can be found here.

BookNet operates with financial support from the government through the Canada Book Fund (CBF) for this project.