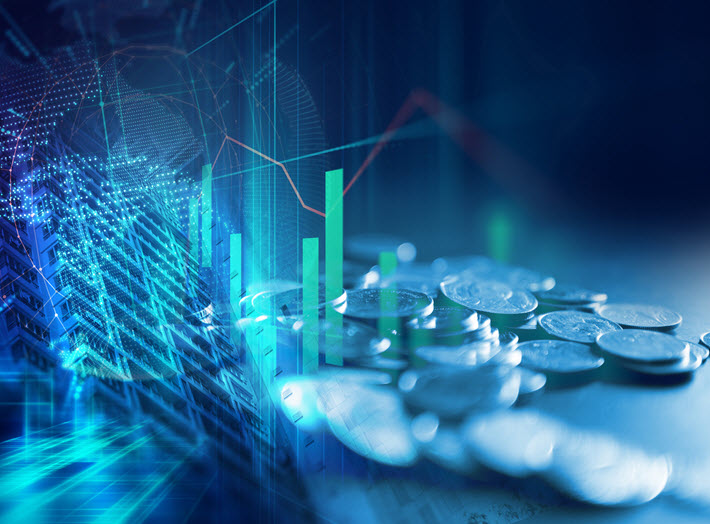 The year-to-date view from the latest AAP StatShot report is much better looking than the month-over-month comparisons of November in 2019 and 2018—which was a hard act to follow.

As headlines go, the Association of American Publishers (AAP) has chosen the upbeat option for its November 2019 StatShot report, reflecting that the industry as a whole was up “across all categories for January to November” by 0.9 percent compared to 2018 performance, with US$13.5 billion in revenue. 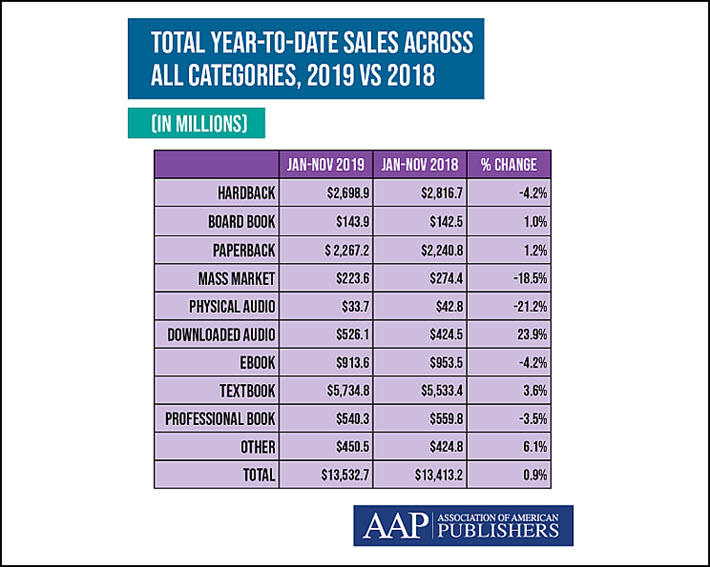 Looking at children’s books and YA, the organization sees a gain of 5.2 percent year-to-date over the same period in 2018, at $2.0 billion. Key points:

And there’s a modest decline of 0.8 percent in the year-to-date trade category for consumer publications, at $7.2 billion. 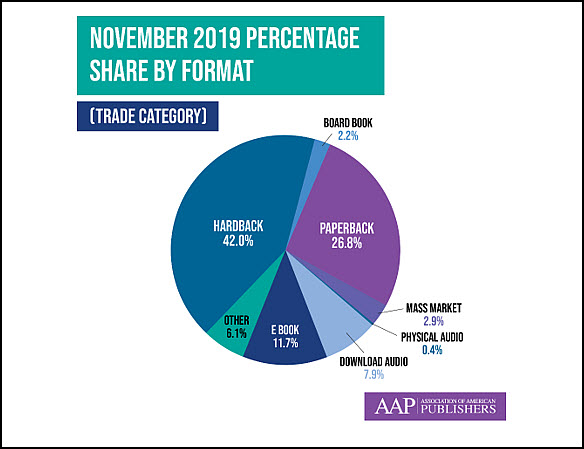 At Publishers Lunch, Michael Cader points out that “AAP StatShot data can vary widely from month to month (and that does not seem to be an indicator of anything significant).”

And it can be noted that Michelle Obama’s Becoming (Penguin Random House) had landed in mid-N0vember 2018, of course, contributing, needless to say, to what the AAP calls “unusually high revenue totals for the month of November 2018.”

November 2019: Overall US Publisher Revenue in Categories  (in millions)

November 2019: US Total Trade Net Revenue by Format (in millions)

Charting the formats numbers month-over-month as we normally do, we get the following, with downloaded audio as the usual bright spot.