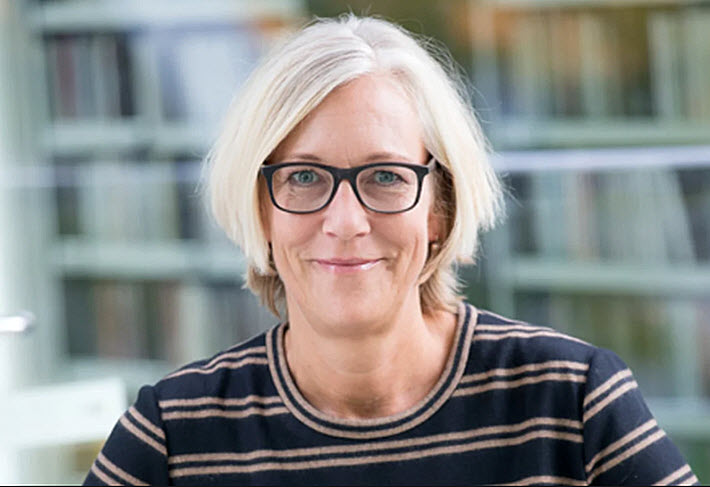 Within a week’s time, new ground has been gained in both Germany and the United States, in terms of women’s attainment of executive-level roles in major publishing companies.

Announced on Thursday in Hamburg (January 30), Nicola Bartels is to succeed Florian Illies as publisher of the highly influential Rowohlt Verlag, part of the Holtzbrinck Publishing Group in Stuttgart.

In the first, McIntosh has named Maya Mavjee president and publisher of the Knopf Doubleday Publishing Group.

And in addition, Reagan Arthur has been named executive vice president and publisher at Penguin Random House’s Knopf, Pantheon, and Schocken.

These notices—especially following Monday’s news that London’s Publishers Association sees women now in the lead in both executive and senior leadership roles in UK publishing—are heartening for many in the world publishing industry who are eager to see more of the industry’s women in top positions.

The change at Holtzbrinck’s Rowohlt is, in a sense, a regaining of the position by a woman.

At the 2018 Frankfurter Buchmesse, Macmillan CEO Jon Sargent spoke about the dismissal that year of Barbara Laugwitz, who had worked for Rowohlt in various roles since 2005 and had taken over the publishing direction after the departure of Alexander Fest in 2014. She was replaced in January last year by Florian Illies—formerly the manager of the auction house Grisebach and an author, himself.

Many in the business didn’t take Laugwitz’s ouster easily. The Nobel laureate Elfriede Jelinek was quoted by Harry Nutt in the Berliner Zeitung saying, “Now another woman has been dumped out like rubbish…We all share [her] fate, we share it sisterly, because we are all worth nothing.”

An announcement on January 24 from Rowohlt said that Illies is to depart later this year “at his own request,” and no later than the autumn. Illies is quoted in that message, saying, “In the short span I’ve been working at Rowohlt, I’ve been deeply impressed by the professional excellence and the enthusiasm of the people working at this great publishing house, and I have been deeply touched by all my encounters with our authors.

Nicola Bartels’ “rich and longstanding experience as an exceptionally successful publisher and her team-oriented leadership skills make her the ideal choice for Rowohlt.”Florian Illies

“I’m leaving Rowohlt for personal reasons and I’ll do so with a heavy heart. After careful consideration, I’ve decided it’s the time for a new beginning and to dedicate myself to my own writing.”

Stefan von Holtzbrinck provided a warm departure note, saying that Illies will remain an author with the company and thanking him for “an extraordinarily successful 2019.”

Bartels, in Thursday’s news, is to succeed Illies on July 1 “at the latest.” She’ll be leaving Random House Germany, where she has overseen Penguin Verlag, Blanvalet, and cbj and other imprints. Having started her career in publishing as an editor with Bastei Lübbe, she joined Random House in Munich in 2009 and has been a member of the Random House board since 2014.

Illies, himself, has issued a gracious statement, saying, “I’m particularly delighted for this great publishing house to know that Nicola Bartels will succeed me as publisher,” while Holtzbrinck is quoted, saying, “Her rich and longstanding experience as an exceptionally successful publisher and her team-oriented leadership skills make her the ideal choice for Rowohlt.”

Bartels, in a statement for the news media, says, “I’m very much looking forward to joining Rowohlt, a publishing house of extraordinary heritage which I have always admired for the quality of its publishing and its impressive list of authors, many of whom I have been reading, with great enjoyment, over the years.

“This new role also gives me the opportunity to dedicate more time to what I consider the core of my profession and my personal passion: to work with authors and actively shape the publishing profile of the lists.”

Mavjee and Reagan at Knopf 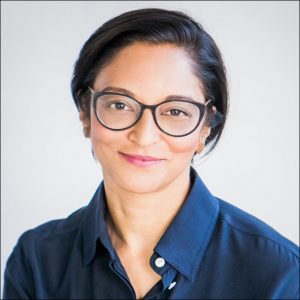 Mavjee, starting on March 2 as president and publisher of the Knopf Doubleday Publishing Group, will represent the group on the Penguin Random House USA board and will report directly to McIntosh.

Having been at the helm of Crown and Doubleday Canada during her 22-year tenure with the company, she comes back to PRH from a year with Macmillan as its president of publishing strategy.

McIntosh points out in her memo that Mavjee “has forged and maintained impeccable and strong relationships with authors, agents and publishers here and abroad, and has shown a natural ability to support the creative process and the needs of the business at the same time. These qualities have made her beloved as a leader, a colleague and a publisher, and I believe make her ideally suited for this role.”

Mavjee’s reports will include a host of leadership across imprints including Knopf, Pantheon & Schocken, Doubleday, Vintage Anchor, and Nan A. Talese, as well as service departments in business operations, production, foreign rights, and domestic rights, while Paul Bogaards continues his role as communications lead for the division. 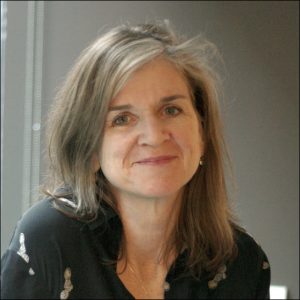 Reporting to Mavjee, Regan Arthur was the late Mehta’s choice as his successor, McIntosh says, and she spoke with Mehta during his last months about what he foresaw for the group.

Arthur comes to PRH from Hachette’s Little, Brown, where she was senior vice president and publisher after running her own eponymous imprint there.

In a touching note, McIntosh writes, “I have envied from afar [Arthur’s] accomplishments as a publisher while treasuring her books as a reader and enjoying getting to know her over the years as a person. I was so looking forward to having Sonny introduce her to you, but I know you’ll help me provide her with the very warmest welcome in his place.”

Additionally, Jordan Pavlin is taking the role of senior vice-president and editorial director at Knopf, following 23 years of work with Mehta.

More from Publishing Perspectives on Penguin Random House is here, and more from us on Knopf is here.