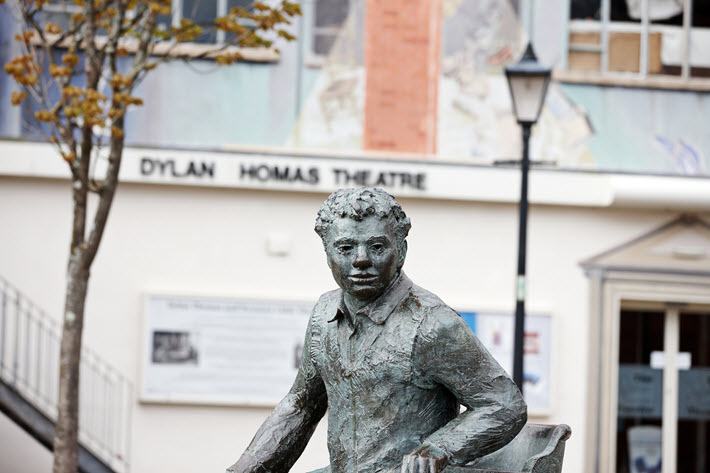 The £30,000 award for writers 39 and younger is scheduled to produce a longlist by January 24.

The Dylan Thomas sculpture at the theater named for the poet in Swansea. Image – iStockphoto: Tirc

As the opening of the new awards season moves forward, announcements of juries, longlists, and shortlists arrive daily from various world markets.

Wales’ International Dylan Thomas Prize, presented by Swansea University, will reach its 15th year in the new cycle, and has announced that the program’s chair, Dai Smith and the University of Texas’ Kurt Heinzelman will this year be joined by five guest jurors.

This is in contrast to a previous pattern in recent years of considerably smaller juries. Last year’s panel had only two guests join Heinzelman and Smith, and three guests has been the norm in recent cycles. The 2014 panel was bigger than this year’s, however, with Hay’s Peter Florence and the prize-founding Peter Stead representing the program and five guests in addition to Heinzelman.

Dates in the program are:

In addition, there’s an event planned for London on May 13.

The prize honors writers under 39 years of age—the age at which the program’s eponymous poet died—and awards a £30,000 purse to its winner (US$39,135). As such, the program classifies itself as “the world’s biggest prize for young writers.” Such assertions, while difficult to verify, are not unusual in the British market because each prize program must work to stand out from the crowd. The UK seems to produce more book and publishing award programs than any other single national market–perhaps another assertion worth publicizing.

Devised with unusual range in its potential selection of material, the Dylan Thomas prize can go to poetry, novels, short stories, or drama.

Last year’s winner of the prize was the British-Sri Lankan writer Guy Gunaratne for his debut novel In Our Mad and Furious City (Headline’s Tinder Press, 2018). In addition to Gunaratne’s book, the Dylan Thomas shortlist included:

In opening the new year’s competition, the university’s John Spurr is quoted, saying, “This is a very special year for the prize, as Swansea University celebrates its centenary and the prize is in its 15th year. We look forward once again to a stimulating longlist and shortlist representing the best in young writing around the world.”