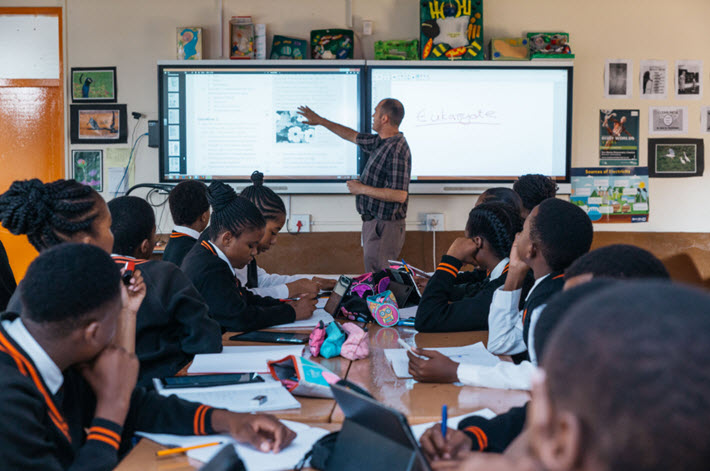 Ed-tech company Snapplify has partnered with the Answer Series to offer teachers free study guides as part of its new support platform.

As Publishing Perspectives readers will remember, we wrote in September of how Capetown-based  Snapplify had secured US$2 million in new capital from Knife Capital and the growth fund of investment manager Hlayisani Capital.

As Snapplify describes its current service model, it “enables digital learning for individuals and institutions by establishing a marketplace for digital education content, related educational services, and devices.”

Since 2012, Snapplify has developed an approach that provides what it describes as a complete and secure “collaborative e-learning environment for students” to educational institutions. Its products, some of which are publisher-facing, also include a metadata management system, white-label store, and reader technology, promoting sales into the educational space.

Wednesday (January 22), the ed-tech company announced the release of Teacher Benefits, which is described as consolidating educators’ tools for more efficient access and use.

In a prepared statement, CEO Wesley Lynch says, “We know that teachers are on the front line when it comes to preparing the next generation for success. Educators feel enormous pressure to ensure that their students perform well. We’re pleased to be supporting teachers and, in turn, their students, by increasing access to top-notch e-textbooks, teaching guides, and more” with the new offer.

Included with the Teachers Benefit program is a product called the Answer Series, which provides free study guides to teachers. A program in operation since 1975 in South Africa, the guides contain sample exercises, practice exam papers, and explanatory notes for key subjects. Teachers can use them to plan lessons, design classroom activities, and assign homework.

In a statement on partnering with Snapplify, the Answer Series’ George Eadie says, “Teachers are the unsung heroes in our country. They battle packed curriculums, large classes and often devastating conditions. If this can make their lives easier in their dedication to educating the next generation, all the better.”

In its media messaging, Snapplify emphasizes its pan-African stance and notes that it has been awarded the 2020 Africa Region Gold Award at the Reimagine Education Conference in London, a recognition of tech innovation in the educational space.

More from Publishing Perspectives on the African markets is here.