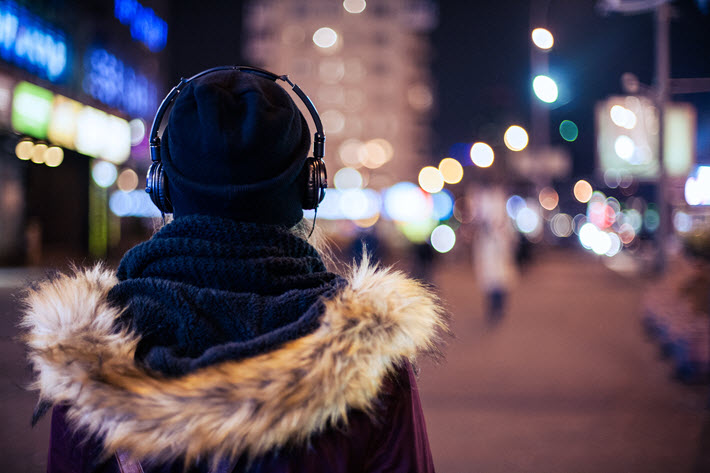 Reports in the last 10 days from Sölve Dahlgren at Swedish book industry publication Boktugg were among the first indications that Penguin Random House was making widespread changes in its participation in subscription services.

On January 13, Dahlgren reported that more than 1,000 English-language PRH titles had disappeared from audiobook subscription services including Storytel, Bonnier’s Bookbeat, and Nextory. “A yellow warning triangle,” Dahlgren wrote, “alerts customers to lots of Penguin titles” that are no longer available on those platforms. And those initial signals were coming from Boktugg’s own Swedish market, of course.

Then, on Saturday (January 18), Dahlgren returned to the subject, writing that PRH had withdrawn as many as 500 Spanish titles from Storytel Spain. In this case, the impact seemed greater, as Dahlgren notes, because of PRH Grupo Editorial‘s strong holdings in Spain. Those include publishing houses Plaza & Janés, Ediciones B, the venerable Alfaguara, and—as of May—Ediciones Salamandra.

In contacting Penguin Random House for comment, Publishing Perspectives was given the formal statement the company is issuing on the move, confirming these withdrawals are in play at international scale: “Penguin Random House has decided that at this stage, we will not participate in unlimited access subscription models.

“Our decision was made collectively by the company’s international leadership team to preserve a diversity of content in the marketplace and the actual and perceived long-term value of our authors’ intellectual property.”

Needless to say, this represents a distinct inflection point in the development of the world audiobook market. 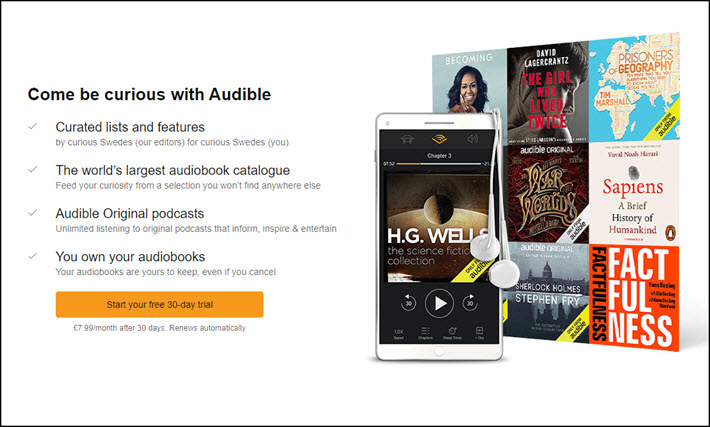 As heartening to many as the comparatively fast growth of the audio sector has been, audio still represents quite a small portion of the overall book publishing market, as we discussed in our report on the Association of American Publishers’ StatShot report of January 15. In the States, that October StatShot report shows downloaded audio to account for only 5.3 percent of the market overall.

To repeat an important point, this isn’t a fact that should in any way diminish the industry’s pleasure and interest in audio’s rise but it can help to keep the contextual point in place. For all the energy behind growth in the downloaded format and all the celebration of its strides and quality output, audio still is limited in its reach by comparison to hardcovers’ dominance, and in the States, even by ebooks’ 8.5 percent, per that October StatShot report.

And subscription is hardly everything.

Consumers can find Penguin Random House’s digital audiobooks on all platforms that offer consumers the option of choosing a single audiobook to buy and listen to. Those include the giants: Audible, Apple, Google, Kobo, and many others.

Indeed, Dahlgren at Boktugg reminds us that Amazon in October launched Audible in the audio-ardent Nordic hub. Audible.se includes an offer of more than 300,000 titles and “Audible Original” podcasts in English with Swedish topics. While the initial Swedish-language subset of the offer was only some 2,000 titles, the Nordic markets are rich in English-language consumers who may well be drawn to that content as the company presumably deepens its Swedish-language work.

And Audible.se’s catalogue is studded with Penguin Random House titles, led by the ubiquitous Becoming from Michelle Obama. But the Audible subscription program is limited, not unlimited. Subscribers are allocated one book per month for 100 kroner (US$10.50), the traditional Audible model.

And so what may be developing here is a predictable showdown in major-publisher participation among unlimited vs. limited subscription models.

Certainly, the rise of Jonas Tellander’s Stockholm-based Storytel system proves how much energy in the audio sector is based in unlimited subscription programs, those “all you can eat” deals sometimes referred to as a Netflix model.

Storytel predicts that in 2020, it will reach 36-percent growth, which would translate into 1.5 million paying subscribers. In streaming revenue, the company targets 32 to 35-percent growth, or up to 2 billion Swedish kroner (US$210 million).

In its 2019 fourth quarter, the service saw an increase of 69,000 subscribers, bringing it to an annual subscriber growth rate of 41 percent. By year’s end, the company reports that it had registered 1.1 million paying customers, meeting its goal for 2019.

On the other hand, Penguin Random House internationally produces some 15,000 titles per year, and its audiobook titles comprise some of the leading content in many of the world industry’s markets.

Its stepping away from the unlimited form of subscription systems, then, may represent a new line being drawn in the sand. Which publishers can find viable revenue in unlimited subscriptions and which subscriptions can weather a crowded market without some major houses’ hot attractions?

And what of PRH’s reference to “actual and perceived value” in the all-you-can-eat arena? Do prestige author brands look as special to consumers who can race through their titles on a buffet of offerings that may include far inferior work? The answer will be subjective for many. Think about how a top-flight film looks to you in an unlimited streaming service, sitting next to a C-grade knock-0ff, both shows included in your monthly subscription fee.

The Rumor: PRH as Disney 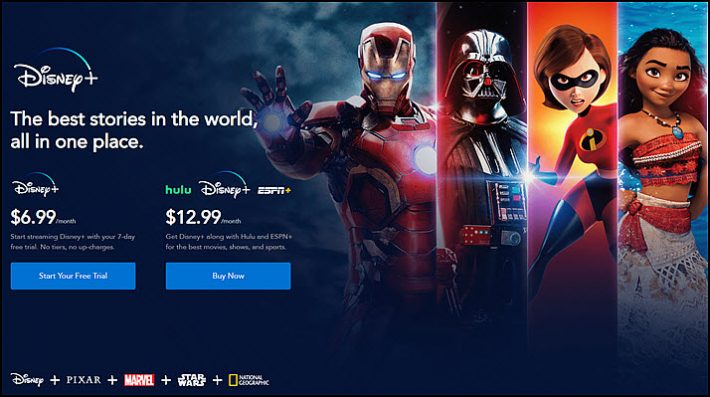 Boktugg’s Dahlgren and others have speculated that Penguin Random House might be withdrawing its audiobook content from unlimited subscriptions so that it could replicate the Disney+ model, concentrating a vast wealth of content from far-flung elements of the company into a powerhouse of its own branding.

And certainly, proven third-party technology is ready and waiting to enable such a move. In September, we interviewed digital and audio veteran Nathan Hull, whose work with Norway’s Beat Technologies has delivered to Oslo’s leading publishers—Gyldendall Norsk Forlag and H. Aschehoug & Co.—their own proprietary streaming service.

Fabel, as the platform was introduced by Hull and Beat at Frankfurter Audio in October, does depend for its success, Hull says, on the fact that Gyldendall and Aschehoug hold  most of the Norwegian market’s marquee names among their authors and that that’s a criterion for being able to draw an adequate consumer base to a self-run system—in that case, a single system shared in partnership by the two houses.

Penguin Random House surely commands just such top-shelf brands and might well be able to roll out its own service, as some in the industry are guessing is the strategy afoot.

Internal sources, however, indicate to Publishing Perspectives that when you wish upon a star for that PRH Disney platform, Jiminy Cricket, your dream may not come true. It’s not on the table for the moment. Although it’s pointed out that the company is constantly in discussion with potential partners and purveyors, we understand that Penguin Random House nevertheless doesn’t see a proprietary service ahead in the near future.

We’re being told that—to use a term we’ve all heard a lot lately—it’s not imminent.