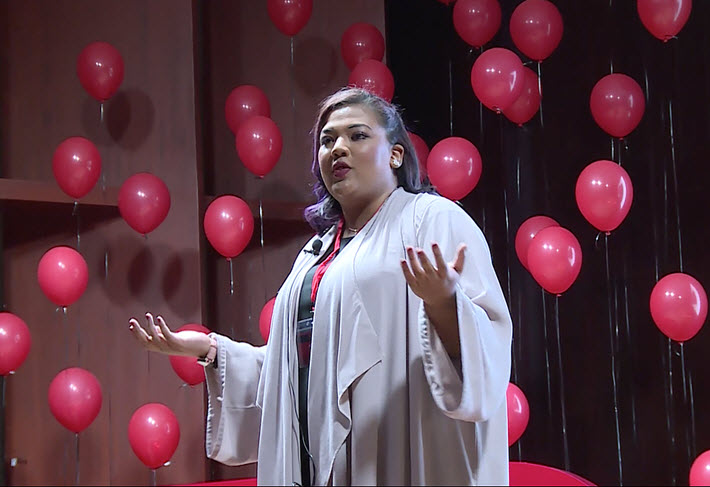 Today (January 28), London Book Fair has announced its 2020 “Authors of the Day” luminaries, each a woman who will be the featured face in the annual program on a different day of the three-day trade show.

Thanks to the emirate Sharjah’s role this year as Market Focus at the fair, which runs March 10 to 12, the Emirati poet Afra Atiq will be the March 11 featured writer.

In December 2018, Atiq won a special recognition from the Arab Woman Award program, and she’s known for having built her performance work on a tradition of spoken poetry in the Arab world. And she’s active on social media, frequently with some cogent commentary:

Here's a thought: how about we stop applauding mediocrity, giving awards for just showing up and standing ovations for the bare minimum..

Atiq’s work combines English and French at times with Arabic, and she focuses on themes of feminism, body image, bullying, and loss. 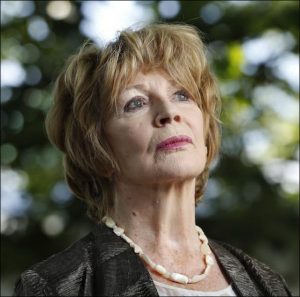 This year marks the 60th anniversary of O’Brien’s 1960 debut The Country Girls (originally banned in Ireland and dramatized in August on BBC Radio 4), and Faber & Faber in September released her newest work, Girl, which is due out in paperback on July 2. Faber’s publication of “The Country Girls Trilogy”—The Country Girls, The Lonely Girl, and Girls in Their Married Bliss–was released last July head of the BBC dramatization.

O’Brien is a biographer of Lord Byron (2009) and James Joyce (1989), a recipient of the Irish PEN Lifetime Achievement Award, and the playwright of Virginia about Virginia Woolf, which played the West End’s Haymarket with Maggie Smith before its New York staging at Joseph Papp’s Public Theater in 1985.

As Scottish novelist has said, O’Brien’s work has “brought the woman’s experience and sex and internal lives” to her characters, “and she did it with style and she made those concerns international.” 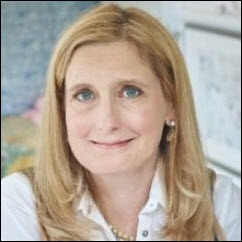 And Cressida Cowell is the featured author on London Book Fair Thursday, March 12, putting the spotlight on children’s work.

Cowell, the Waterstones Children’s Laureate, is the Hachette UK author and illustrator of How To Train Your Dragon and The Wizards of Once series. With illustrator Neal Layton, she’s the author of the Emily Brown picture books in one of which Emily meets Father Christmas when his turbo-charged new sleigh shows up outside the window.

One of the best commendations for Cowell is in the fact that she writes and draws work that can captivate boy readers, as she does with Hiccup the young Viking, who might just think that saving dragons is a good thing. Not for nothing does he find himself trapped on The American Dream II and have to escape Norbert the Nutjob.

Cowell’s work reportedly has sold more than 11 million units in 38 languages, and Dean DeBlois’ latest film in the series for DreamWorks Animation, How To Train Your Dragon: The Hidden World, was released last year.

You can review all the #httydragon content the DreamWorks powerhouse has created with Cowell’s material—film, video, television shows, games, and more—here. It’s a brand in high flight.

In a prepared statement for today’s announcement of the LBF Authors of the Day, the show’s director Jacks Thomas is quoted, saying, “This year ’s lineup reflects books’ immense influence and adaptability, with trailblazing classics to international blockbuster film adaptations sitting alongside the oldest storytelling tradition of performance poetry.

“This line-up is a wonderful highlight of the 2020 London Book Fair. A true literary treat.”

And here’s Hachette UK’s 2014 promotional trailer for Cressida Cowell’s How To Train Your Dragon, narrated by David Tennant.

More from Publishing Perspectives on London Book Fair is here, and more from us on authors is here.