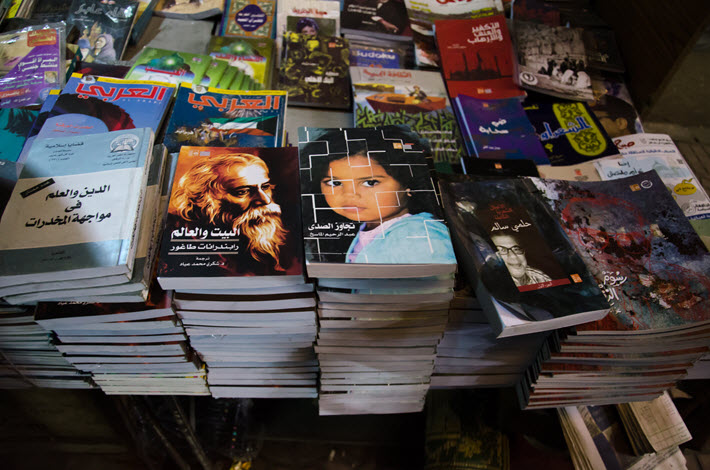 Today in Geneva (January 22), the International Publishers Association (IPA) is calling attention to what it describes as the exclusion of Tanmia Publishing from the Cairo International Book Fair.

Tanmia, Lotfy’s publishing house, shares its name with Tanmia Bookstore, established in 2011 by Khaled Lotfy and his brothers.

Lotfy, of course, is the 2019 IPA Prix Voltaire winner who, as we reported on January 14, remains imprisoned for his publication of an Arabic translation of The Angel: The Egyptian Spy Who Saved Israel by Uri Bar-Joseph, a book published in 2016 in the United States by HarperCollins in a translation by David Hazony.

Lotfy, having exhausted his allowance of appeals in the Egyptian military court system, now must hope for a presidential pardon from Abdel Fattah el-Sisi. Otherwise, his sentence is for five years on charges of spreading rumors and divulging military secrets.

Tanmia Publishing, according to media messaging this morning from IPA, was told in December that it would not be allowed to participate in the Cairo fair. 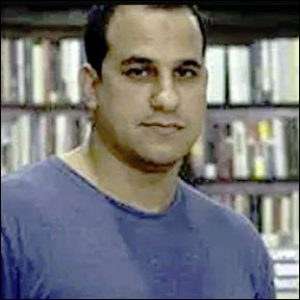 The IPA reports that its offices have contacted organizers of the fair to argue for Tanmia’s inclusion. The organizers have declined to include the company, the IPA says, basing their exclusion of Tanmia Publishing on security concerns.

In a prepared statement, Kristenn Einarsson of Norway—who leads the IPA Freedom to Publish committee and its Prix Voltaire program—is quoted, saying, “It’s so disappointing to see that Cairo International Book Fair is unable to show its support for Khaled Lotfy by giving his publishing house a stand at the fair.

“I repeat my call for president Abdel Fattah el-Sisi to grant Khaled Lotfy a presidential pardon, and I encourage publishers and booksellers worldwide to show their support for Khaled.”

Publishing Perspectives has asked the Cairo fair organizers for a statement.

The Cairo fair is a public-facing bookselling and cultural event, as opposed to an industry-facing trade show such as March’s London Book Fair and October’s Frankfurter Buchmesse. It’s at this fair and at many similar events that publishers in the Arab world and in many other world markets make large proportions of their annual sales, so access to revenue as well as visibility and collegial relationships are at issue for publishers in such settings.

The Cairo fair opens today, set for a second year at the Egypt International Exhibition Center. This is the fair’s 51st year, and it’s set to run to February 4. Senegal is guest of honor, reflective of the fair’s theme this year, “Africa, a Culture of Diversity.”

The ministry of culture is reported to have estimated that last year’s 50th-anniversary edition of the fair drew more than 2.5 million visitors. The fair was cancelled in 2011 during the Egyptian revolution that saw the resignation of Hosni Mubarak.

2020 Prix Voltaire To Be Conferred in Lillehammer

The IPA is the largest federation of publishing associations in world publishing, with 83 member-organizations in 69 countries. The freedom to publish is one of the primary pillars of the IPA’s programming and advocacy work, and the Prix Voltaire—supported by some of the international industry’s largest players—is an annual humanitarian recognition of “exemplary courage in upholding the freedom to publish and enabling others to exercise their freedom of expression.”

This year’s prize is to be awarded on May 28 at a congress dinner in Lillehammer with the Norwegian Festival of Literature (May 25 to 31) as part of IPA’s 33rd International Publishers Congress.