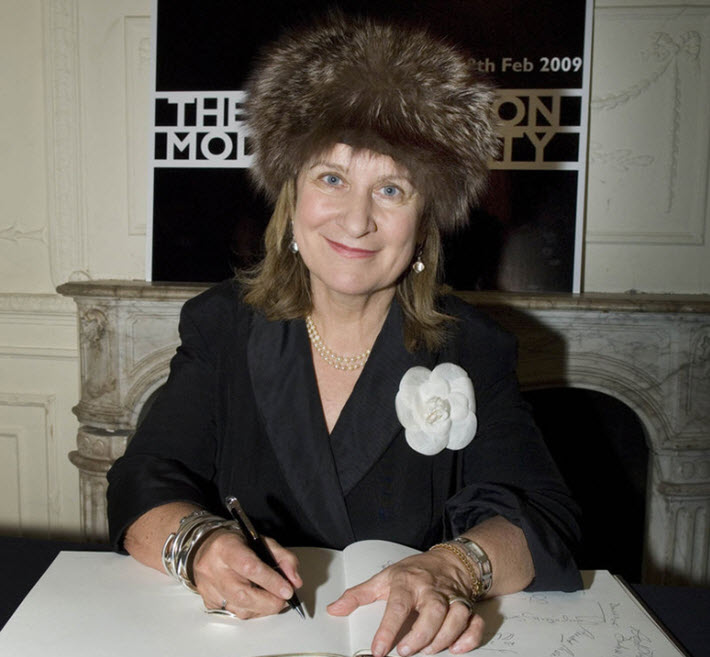 After five years as chair of the board, Kennedy is moving at the end of February to a new directorship at the International Bar Association’s Human Rights Institute.

In the midst of the awards-news rush season, there’s a different type of story this morning (January 20) from London, as the Baroness Helena Kennedy’s departure from the leadership of the Booker Prize Foundation is announced.

Not a surprise, the move is the result of her being named director of the International Bar Association’s Human Rights Institute, established in 1947. The institute’s information says it “has considerable expertise in providing assistance to the global legal community, and through its global membership it influences the development of international law reform and shapes the future of the legal profession throughout the world.”

The Glasgow-born attorney Kennedy, in her five years at the Booker foundation, has presided over a lot of controversy, including:

As is usually the case involving major players in any field, the Booker—arguably the world’s leading English-language literary prize program—has enjoyed (or not) robust debate around all those moves and more during Kennedy’s tenure as chair. Prior to taking the helm, she was on the board for many years.

Kennedy: ‘To Indulge My Passion for Books’

In a prepared statement on the news that she’ll step down at the end of February, Kennedy is quoted, saying, “I’ve loved my long involvement with the Booker Prize, which gave me the opportunity to indulge my passion for books. But no one should be on a board for too long.

“As the new director of the International Bar Association’s Institute of Human Rights, I have a lot on my plate but I’ll remain closely connected with the prize as it embraces new challenges.”

Board member Ben Okri is also quoted, saying, “For the last five years, Helena Kennedy has served as the chair of the Booker Prize Foundation with distinction, with vision, and with her customary generosity of spirit. She has brought her formidable spirit and humanity to the task of leadership and leaves the foundation poised for the new chapter of its work.

“The Booker Prizes remain among the foremost literary prizes in the world, a global phenomenon, and their stability over the last five years owes much to the guidance of Helena Kennedy, whose strength and clarity will be missed.”

A successor is to be named “shortly,” according to media messaging from the Booker foundation.

As Publishing Perspectives reported on January 7, the current year’s cycle in the Booker Prize for Fiction features author Lee Child and translator Emily Wilson among the program’s 2020 jurors.

Dates to note in this year’s Booker cycle for the main Booker Prize for Fiction:

More from Publishing Perspectives on the Booker Prize program is here. And more from us on publishing and book awards in general is here.