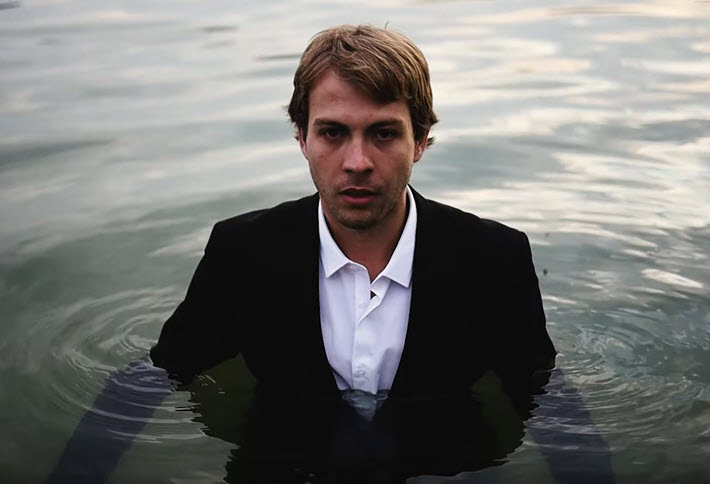 The winners of the Deutscher Buchtrailer Award program will be named on January 30 in Berlin and the top prize winner’s trailer will be seen in Berlin cinemas.

From the trailer for ‘What We Are Ashamed Of’ by Tomas Blum, one of the 20 adult book entries shortlisted for the Deutscher Buchtrailer Award

Titles in Adult and Children’s Books

The jury is still out, of course, on the marketing effectiveness of book trailers, but this hasn’t diminished the enthusiasm of the Deutscher Buchtrailer Award, which today (January 16) has announced its shortlists.

The winner is to be announced as part of this year’s annual Future! Publish conference in Berlin on January 30.

Rather than being handed a cash award, the winner will see her or his trailer shown for a week in the 12 cinemas of the Yorck chain, the largest film-theater operation in the German capital. It should be interesting to see how the savvy publisher of the trailer-winning book capitalizes on that movie-house advantage.

Producers of the second-placing trailer will be given a paying assignment to make a trailer for the LiteraturTest book marketing and public relations firm that produces the Future! Publish conference. There are also winners in third, fourth, and fifth place chosen by the jury.

The program has two shortlists, one overall list of 20 trailers for adult books and one list focused on 10 works of children’s literature. It’s easy to see how much the latter category lends itself to a treatment, of course, because so much children’s literature had the benefit of fine illustrators’ work.

For example, this sweet video for a book called My Jimmy by Werner Holzvarth (Tulipan Verlag) uses very little text. Its visuals are all that’s needed to register what it’s about.

Cooking Up Some Videos

And just in case you’ve had some doubt that book trailers might be thought to have a place in nonfiction, have a look at how many cookbooks are on the adult book lists. There’s Maria Schiffer’s Eating with Africa. My Journey Through African kitchens. A Cookbook With Stories(DK Verlag) and My healthy happy family – 70 healthy and simple  Family Recipes by Sandra Ludes and Sophia Hoffman’s Zero Waste Kitchen from nxm/Z5 Verlag and Cooking Without Blah. Shown Instead of Explained from DK Verlag and Christmas: Recipes for the Best Time of Year by Theresa Baumgärtner  from Christian Brandstätter Verlag and Bruno’s Garden Cookbook by Martin Walker and Julia Watson from Diogenes.

Even outside the kitchen, nonfiction rules here.

Couchsurfing in China is a collage of scenes from Stephen Orth’s travels at ground level through what Piper Verlag’s promotional information about the book calls “the new superpower [at a time] when the East and West are becoming more and more alien.”

There’s even the obligatory de-cluttering entry, My Life in Three Boxes: How I Threw the Junk Out and Let My Luck In, by Anne Weiss from nxm/Droemer Knaur. The long march of Marie Kondō goes on, in this case with a strong Earth-friendly emphasis on sustainable methods of discarding your stuff.

There are glimpses of tape, however, that might encourage fiction lovers, once you’re past David Böhm’s A for Antarctica about taking the kids on a chilly vacation and Pepper Wraps, Tumeric Milk & Co.: Traditional Home Remedies From Around the World by Karin Berndl and Nici Hofer from Eden Books.

There’s an espionage thriller, the title of which is being offered to us as Ultimatum. The book supposes a 2019 summertime kidnapping of the German chancellor’s husband. Christian V. Ditfurth is the author of this one from C. Bertelsmann.

And when it comes to those children’s books trailers, you’ll find that many are definitely for older kids.

For example, the book Eve of Man: The Last Woman is about a situation in which no female children are born for 50 years. Here’s the trailer by this book by Giovanna and Tom Fletcher from DTV:

More from Publishing Perspectives on the German market is here, and more from us on words to screen is here More on publishing and book awards programs is here.