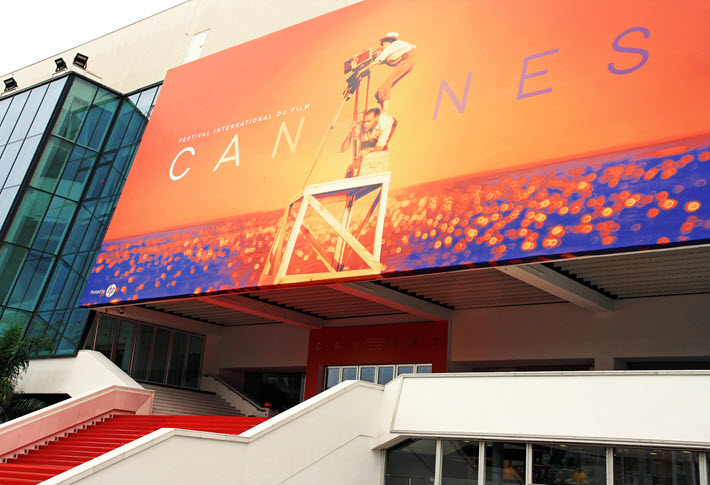 The Frankfurter Buchmesse plans a tour to the Cannes Film Festival for six agents and/or publishers to present their titles and network in the film industry.

The festival at Cannes has its 73rd iteration this year, centered at the city’s Palais des Festivals and Congress. Image – iStockphoto: Ermolenko

The trade show this weekend announced that it will have a second tour this year to Cannes (May 12 to 23), with financial support from the German Federal Foreign Office. The tour is being offered to literary agents and publishers from German-language countries, as well as from Frankfurt guest-of-honor markets including last year’s Norway, this year’s Canada, and upcoming years’ guests Spain, Slovenia, and Italy.

The trip is set for two days and includes networking with film producers and the opportunity to vie for attention for their content in the SCELF’s Shoot the Book pitching program.

Not unlike the annual Books at Berlinale event in which Frankfurt and the Berlinale Co-Production Market (part of the European Film Market) stage a pitching session for publishers and agents with film producers, the Cannes event helps facilitate one-on-one meetings for agents and publishers with interested producers.

Tour participants can each submit two titles for screen adaptation consideration in advance and the program creates a catalogue of those offerings. Submitted titles must be available in English, French or Spanish, and the film rights must be available and held by the participating publisher or agency.

In a prepared statement, Frankfurt president and CEO Juergen Boos is quoted, saying, “Novels and films belong closely together—a good story is most important for both narrative forms. We’ve been connecting those two worlds for many years now.

“With our publishers’ tour to Cannes, we provide participants with access to this prestigious film festival on the Croisette to promote dialogue between the publishing industry and the international film business, and to give their material visibility.”

And for the SCELF, general director Nathalie Piaskowski, speaks of a “very successful expansion of the ‘Shoot the Book’ pitching around [its] matchmaking event” and she characterizes Frankfurter Buchmesse’s association “as a partner and to intensify German-French cooperation.”

Eligible publishers and literary agencies from German-speaking countries, future guest of honor markets and the 2019 Guest of Honor Norway can download application information and materials here. Up to six participants will be selected by a jury the members of which include Frauke Haß, Head of PR at the Deutsches Filminstitut and Museum.

Complete application materials must go to film@buchmesse.de by February 14 and selected participants will be informed in March.

In addition, German-language publishers and agencies may submit up to two titles each for the Frankfurter Buchmesse book collection Filmstoffe (Film Content) with its accompanying rights listings. Filmstoffe will be on display in 2020 at German collective stands in more than 20 countries and at the book information centers and German Book Offices in Moscow, New Delhi, New York, and Beijing.

More from Publishing Perspectives on Frankfurter Buchmesse is here. And more from us on words to screens and book adaptation news is here.