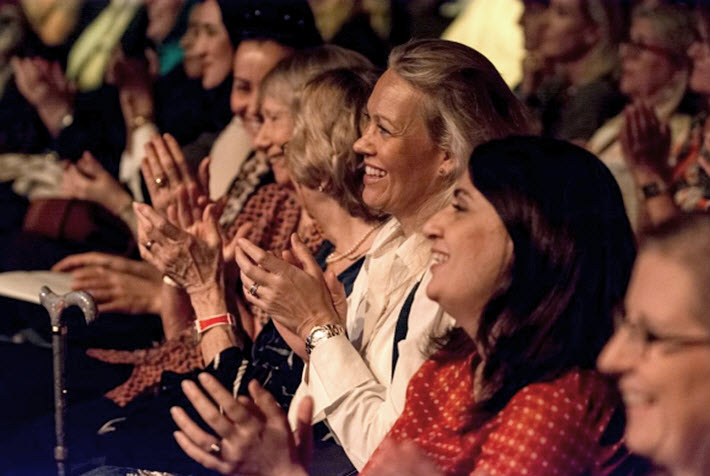 Alongside its public-facing literary events, the Emirates Airline Festival of Literature aims to establish a Global Alliance of Literary Festivals with a conference for organizers.

Audience members at the opening of the 2019 Emirates Airline Festival of Literature. Image: EAFL

While most of the focus next week in Dubai will be on the 12th Emirates Airline Festival of Literature—our interview with director Ahlam Bolooki is here—one of the most potentially influential events will be a comparatively small one, and not studded with big-name authors or attended by the book-loving public.

“Literary Conversations Across Borders” is the title of what the Emirates Literature Foundation calls its inaugural International Literature Festivals’ Conference, and it will be seated on Wednesday and Thursday (February 5 and 6), as the wider public-facing festival goes forward through February 9.

A succinct statement from the foundation captures the intent of the conference:

“All festivals face similar challenges, and the conference will provide an opportunity for like-minded people to exchange ideas, examine common issues, and discuss mutual challenges.

“During the conference it’s hoped that a Global Alliance of Literary Festivals will be established, a forum through which festivals can share best practices and explore partnerships, perhaps introducing new audiences through working together.”

In some quarters, of course, it would surprise people to know that many leading festivals aren’t regularly in touch with each other. The Aldus Network, for example, indeed brings together a collective of 19 book fairs and trade shows of Europe, from Antwerp to Vilnius and including the majors—Frankfurter Buchmesse, Bologna Children’s Book Fair, and London Book Fair.

But in the wider field of the world industry, the literature festival community is not regularly operating with the potential help of such a coordinated context.

And a quick look at the Dubai conference’s two-day agenda makes it clear that there are many things to discuss.

‘It Takes a Monumental Effort’ 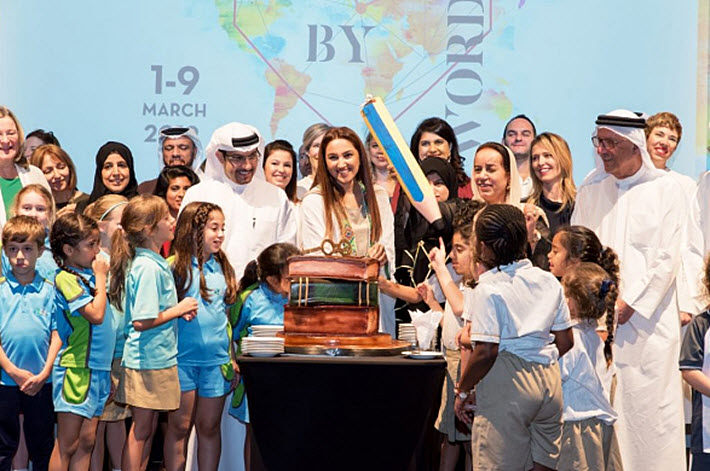 At the opening of the 2019 Emirates Airline Festival of Literature. Image: EAFL

The list of participating festivals at the Dubai conference is impressive:

Regular readers of Publishing Perspectives and our own international events coverage will be impressed with the sheer geographical range represented in this list, with delegates from Asia, North America, Europe, Australasia, India, the Caribbean, the Middle East, and Africa.

And yet the program’s first gathering is quite workable in scale, always helpful in the initial stages of organization.

‘We’re All Part of the Same Ecosystem’ 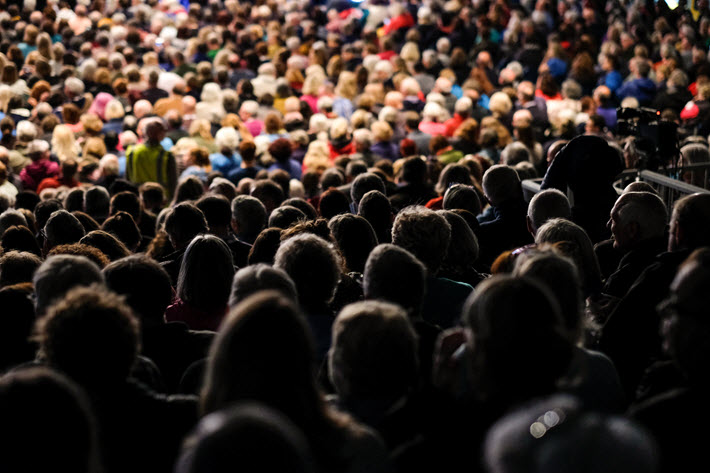 The largest program represented in Dubai—certainly in internationalist terms—will be the Hay Festival, of course, and this is thanks not only to the more-than three decades of its flagship events at Hay-on-Wye in Wales but to its growing roster of international festivals and forums in:

New to the system is Hay Festival Abu Dhabi, which will have its premiere in Dubai’s neighboring emirate, February 25 to 28. And just as an instructive point, have a look at the partners page on the Abu Dhabi festival’s site. Scroll down a little slowly and take in all the various players—governmental, educational, commercial, civic—required to stand up even one of the Hay’s far-flung series of shows.

On hand for the conference next week in Dubai will be Cristina Fuentes La Roche, the director of the Hay’s sprawling international program. Publishing Perspectives readers will recall that Fuentes La Roche was honored with the OBE, the Order of the British Empire, by Queen Elizabeth II in November, as the Arequipa festival went forward.

Looking to learn from Fuentes La Roche’s experience with the Hay program since she was appointed in 2005, we began our exchange with her by asking what she might like to see come out of the literature festivals conference in Dubai. 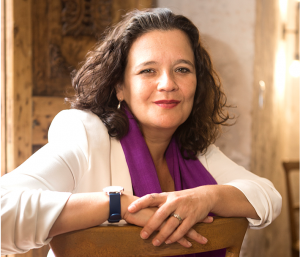 Cristina Fuentes La Roche: This year, Hay Festival has 11 events scheduled around the world, including Colombia, Mexico, Peru, Abu Dhabi, Spain, Croatia, the US and the UK–and we’ve some exciting developments further afield in the pipeline.

Running festivals, with all their logistical challenges, doesn’t get any easier. And yet, these open platforms of conversation and free thinking have never felt more urgent. I have great admiration for our fellow festivals around the world. We’re all a part of the same ecosystem and indeed we collaborate often.

So, these opportunities to gather together and share ideas and learnings, and make connections, are really valuable.

Publishing Perspectives: Are you amenable to the concept of the Global Alliance of Literary Festivals? And how is it that we haven’t seen this development until now?

“Setting aside funding, which is undoubtedly the main challenge across all festival models, I would say that next on our list is grappling with the challenge–and opportunity–of increasing audience segmentation.”Cristina Fuentes La Rocha, Hay Festival

CFLR: Other festival collaborations exist in different forms and often aren’t exclusively literature-focused. So, Hay Festival is a part of the European Festivals Association (EFA) and Creative Europe’s WOM@RTS project, both of which have been extremely helpful and informative for us.

There’s also a lot of informal collaboration across literature festivals. Hay Festival Europa28 in Croatia this June is being created in close partnership with the European Short Story Festival, for example. We’d certainly be open to more of that.

Why hasn’t an alliance been developed already? Honestly, I suspect it’s a combination of timing and resourcing.

PP: Each festival has its own hurdles, of course, but there are commonalities, as well. Where do you see the key pressure points among many of the world’s literary festivals?

CFLR: Setting aside funding, which is undoubtedly the main challenge across all festival models, I would say that next on our list is grappling with the challenge–and opportunity–of increasing audience segmentation.

By that, I mean that our festivals are fundamentally shared experiences reaching across divides of age, gender, political leaning, etc. So, while the audience experience in our wider culture is becoming increasingly individualized, we have to make a case for the benefits of that shared space and diversify our communications to reach that widest possible audience.

Part of that is about rejecting the algorithmically curated digital experience and making a case for immersive, long-form discourse, which aligns with what the publishing world’s aims are.

Another is about making events representative of the latest thinking across a range of sectors and ideologies.

PP: And speaking of such context, can you give us some of the rationale behind your creation of the brand-new Hay Festival Abu Dhabi?

CFLR: Our aim with Hay Festival Abu Dhabi is to establish a long-term presence for us in the Arabic-speaking world, building on the success of our three editions in Beirut (2009-2012) and the publication of our anthology of short stories by the best Arab writers under the age of 39–many of whom are now distinguished authors and journalists, in collaboration with Beirut World Book Capital 2009.

Our return to the Middle East will be marked by an extraordinary range of stories, where discussion of the climate crisis, geopolitics, and advances in science sit alongside the latest works of imagination from leading novelists and children’s writers.

As we invite some of the best writers and thinkers from the Arab world and further afield to share ideas and stories, we welcome audiences young and old to join the conversation. Our late-night lineup of performances will also ensure that the first ever Hay Festival Abu Dhabi will be an unforgettable party.

We feel it has great potential.