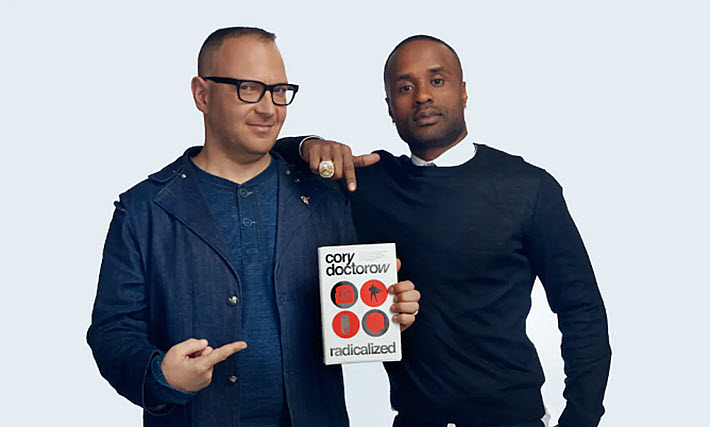 The 2020 edition of the ‘Canada Reads’ literary debate show rolls out a roster of five titles, each turning on contemporary social and/or political issues.

The Debates Are Live in March

Unmatched for its serious examination of contemporary literature and intense debate, Canada Reads has announced its 2020 list of five books and the celebrities who are chosen to advocate for them in sequential nationally televised debates.

Unlike too many feel-good up-with-reading efforts to campaign for literary interest in an entertainment-saturated age, the Canadian Broadcasting Corporation’s Canada Reads pits committed personalities against each other in arguing for the importance of works that relate to hot-button political and social issues of the day.

In rolling out its 2020 program, the CBC has opened reservations for live-audience attendance at a taping in Toronto and signups are going forward on its Facebook page.

This is the show’s 19th annual edition, and CBC’s Ali Hassan returns as host. The over-arching thematic guide this year—in keeping with the concept of literature as a vehicle on which a nation can think together—is “How do we move forward together?”

Organizers say they believe that the five books they’ve selected “will inspire readers to think twice about the lens through which they see themselves and Canada.”

The actual debates are aired on CBC, CBC Gem, CBC Radio and CBC Books March 16 to 19, and the standard elimination format results in a top book at week’s end.

This is a program that the Canadian publishing industry might well consider working with CBC to promote to other English-language world markets, both to expose strong titles to a broader audience and to let other nations’ readers see the passionate immediacy with which good literature can land in their lives. It would be good, for example, to see the United States’ Public Broadcasting Service or other network cover the four hourlong debates. And the UK market is also a logical target in the Commonwealth—trading this show for a couple of royals, as it were.

Of special interest this year may be the choice of the Canadian-British author Cory Doctorow’s Radicalized (Macmillan / Tor Books, May 2019). The book comprises four novellas, each touching on a news-cycle topic—immigration, health care, corporate greed, technology, social strata.

In commentary about the book, Doctorow has said, “I decided a few years ago to reorient the way I see the world—but not around pessimism or optimism. Instead, I like to think human beings have agency in the world and that the future changes based on what we do.”

So much success has Doctorow had in the United States’ market that many readers think of him as American, and his stance as an activist-author has made him among the most media-visible and politically attuned writers working today.

Outside the Canadian market, some of the defending celebrities of these books aren’t well known. And yet the use of these high-profile personalities is one of the program’s most agile advantages, drawing viewers who may not normally follow literature and tempting them to read along.

Alayna Fender who defends Megan Gail Coles’ debut novel is a YouTuber in wellness and sexuality.

Akil Augustine is known as a content creator for the National Basketball Association, the Toronto Raptors, the National Hockey League, the Toronto Maple Leafs, and Major League Soccer, as well as Chapters Indigo and Nike.

The actress Amanda Brugel has been seen in Orphan Black and Hulu’s The Handmaid’s Tale, as well as, more recently, TNT’s Snowpiercer.

Another actor, Kaniehtiio Horn, is from the Mohawk reserve near Montreal named Kahnawake and plays Mari in the National Geographic series Barkskins, based on Annie Proulx’s 2016 book.

George Canyon is a country-music artist inducted into the Nova Scotia Country Music Hall of Fame. His debut album, One Good Friend, has been certified platinum.

Here’s a link at which you can fine information and background interviews on the selected works and their defenders. 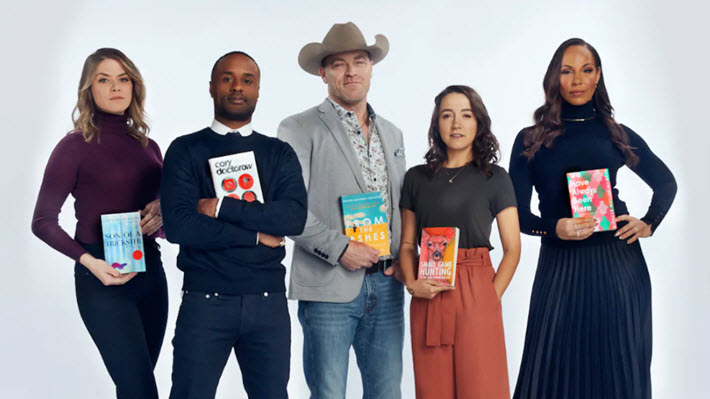 More from Publishing Perspectives on book awards is here. And more on ‘Canada Reads is here.