With 2020 nominations due by April 1, the Nayef Al-Rodhan Prize for Global Cultural Understanding today outlines its 2020 award cycle.

In London this morning (January 23), King’s College literature and history professor emeritus Patrick Wright has been announced as chair of the Nayef Al-Rodhan Prize for Global Cultural Understanding 2020, the nonfiction awards program of the British Academy. Wright follows Ash Amin, who was chair of the jury last year. 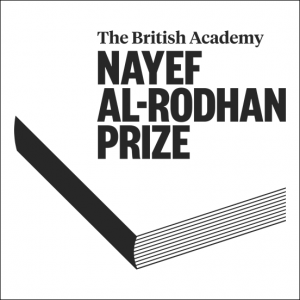 Nominations today are open for the honor, first awarded in 2013.  To be eligible for entry, books must be works of nonfiction published in English between April 1 of last year and March 31.

Organizers stress that the jury looks for “books that are rigorous and evidence-based, that demonstrate original research, and are likely to significantly advance public understanding and debate.”

In keeping with the evolving internationalism of several other industry-leading prize programs, authors may be of any nationality, based anywhere in the world, and working in any language, provided that the nominated work is available in the English language.

The academy’s £25,000 (US$32,825) prize is awarded annually for a book that contributes to “public understanding of world cultures.” It’s meant “to illuminate the interconnections and divisions that shape cultural identity worldwide,” as its media messaging has it, a mission that stands out in sharp relief today against a backdrop of new nationalism and isolationism.

The panel of jurors Wright leads this year will see the return of the Oxford political scientist Rana Mitter; Henrietta Moore, the social anthropologist at University College London; and author and journalist Madeleine Bunting. New to the jury is Channel 4 News presenter Fatima Manji.

In a prepared statement for today’s announcement, Wright is quoted, saying, “This international prize has rewarded some extraordinary books which have each made a significant impact on the way that we think about the world and the interconnection of its cultures.

“This year we’re looking forward to reading and discussing some exceptional books, and discovering the exciting new voices that are making a contribution to wider understanding of cultures worldwide.”

And for the British Academy, its president, David Cannadine, says, “The Nayef Al-Rodhan Prize is the British Academy’s way of recognizing the enormous contributions to the public understanding of world cultures by nonfiction authors from across the world.

“In recent years, prize-winning nominations have covered a huge range of subjects, from a migrant’s experience traversing the borders between peoples and territories in Eastern Europe to the questions raised by the records of West Africa’s pre-colonial history.

“It’s a huge encouragement that this prize will be judged by such an esteemed and distinguished jury once again this year and we warmly welcome its newest member, Fatima Manji.” 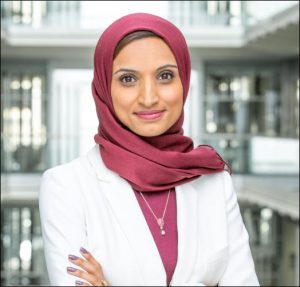 Manji regularly reports from the field on national and international stories. Much of her coverage parallels the interests of the prize, including stories on the migration crisis from the borders of Europe, victims of ISIS atrocities in Iraq, and the UK’s fateful Brexit struggle.

As in each cycle of the award, the jury must provide the program with a shortlist of up to six titles for an announcement on September 10, with the winner to be named in a ceremony at the British Academy on October 28.

Prior to Green’s win last year, winners of the prize include: