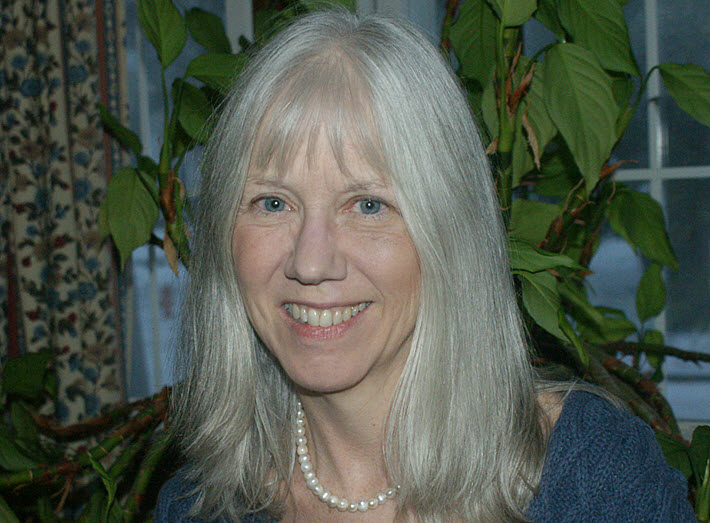 Arabic-to-English translator Marilyn Booth talks about the challenges and positive signals she sees for bringing new readers to Arabic literature in translation.

‘So Many Wonderful Works Haven’t Been Translated’

With the precision so many fine translators bring to their work, Marilyn Booth deftly sketches out the problem facing so much good translated literature, particularly in her area of concentration, Arabic into English: “Jokha’s novel in my translation was just as good before it got the prize, but far fewer critics and stores were reviewing and stocking it.” 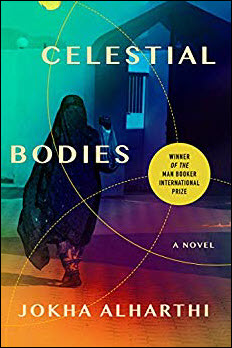 The US cover from Catapult of ‘Celestial Bodies’

Not that she’s complaining. The Man Booker International Prize win of Omani author Jokha Alharthi’s Celestial Bodies in Booth’s luminous translation has meant, she says, that “The book is really doing very well. The reactions to this translation have been phenomenal. What’s really interesting is that people aren’t buying it just because of the prize. They’re buying it because it’s really good and it’s getting great reviews, and they’re interested.

“The prize got it to that position. And it wasn’t getting the wide attention that came after it was shortlisted” for the Booker International.

“But the other part is that it was very hard to find a publisher” to produce the book in English. Booth goes to the mat to say how pleased she is with the work that Sandstone Press did in publishing Alharthi’s work in 2018. If anything, the long search to find the book such a good home makes Sandstone’s wise move and success all the sweeter.

“I tried many publishers who turned me down,” she says. And with characteristic wry charm, she adds: “I hope some of them regret it now.”

‘The Roots of Feminism in the Middle East’

Since 2015, Booth, an American, has been the Khalid bin Abdullah Al Saud Professor for the Study of the Contemporary Arab World at the University of Oxford and a fellow of Magdalen College. And on UNESCO’s 2019 World Arabic Language Day, it’s instructive to listen to her clear-eyed, experienced assessment of how Arabic and translation are faring in a complex world of evolving markets. 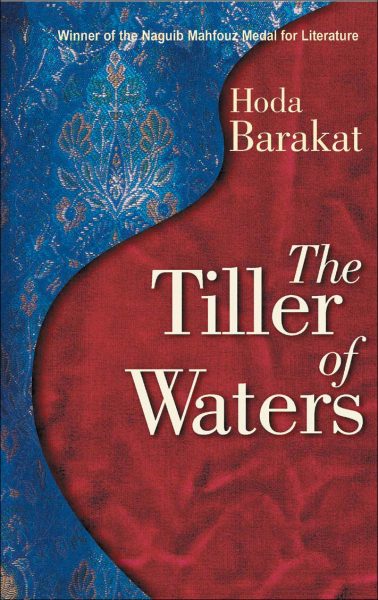 As UNESCO’s text has it, “The Arabic language is a pillar of the cultural diversity of humanity. It is one of the most widely spoken languages in the world, used daily by more than 290 million people. World Arabic Language Day is celebrated every year on December 18 since 2012.

The date coincides with the day in 1973 that the General Assembly of the United Nations adopted Arabic as the sixth official language of the organization.”

Easily among the world’s most accomplished translators of Arabic, Booth is working on the eagerly awaited English edition of Hoda Barakat’s The Night Mail, a novel of contemporary displacement and immigration that won the International Prize for Arabic Fiction this year. (Our article on the 2020 IPAF longlist, just announced, is here.) 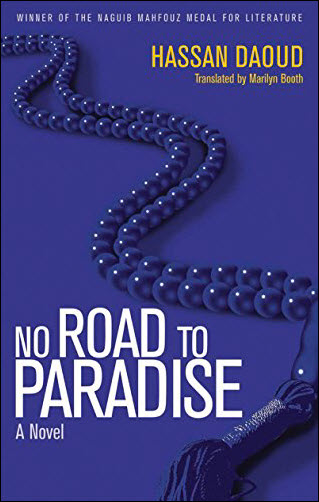 She’s also a translator of Lebanon’s Hassan Daoud (The Penguin’s Song, City Lights, 2014, and No Road to Paradise, Hoopoe Fiction, 2017), whose work she says is woefully overlooked.

About No Road to Paradise, she says, “Here’s a work about a Shiite sheikh in South Lebanon, who’s losing his sense of vocation and dealing with cancer and with an infiltration of a more extremist version of Islam. You’d think readers would love it. I hope they would love, as I do, the amazing sensibility and anguished interiority Daoud gives this character.”

Daoud’s The Penguin’s Song is a novel she calls “one of the most devastating commentaries on the Lebanese Civil War. It’s just incredible.”

Also among her translations is the Saudi Arabian author Rajaa Alsanea’s controversial Girls of Riyadh (Penguin Books, 2008), with its sensibilities that parallel Booth’s work as a specialist in feminism and literature. She’s also the translator of Hamdi Abu Golayyel’s 2007 Banipal Prize runner-up Thieves in Retirement (Syracuse University Press, 2015) and of Memoirs From the Women’s Prison by Nawal el Saadawi (University of California Press, 1994). 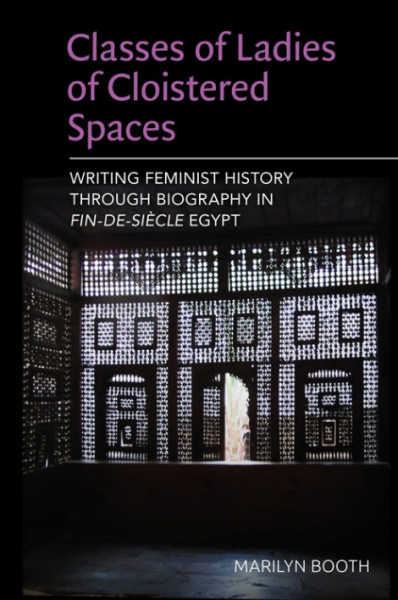 “My scholarly work as a historian,” she says, “is actually on the roots of feminism in the Middle East, and a lot of things that have to do with gender, masculinity, and femininity since the 19th century.”

And what so many outside the Arab world don’t know, she says, is that powerful women’s voices in the region are not unusual.

“It’s not that women writers are anything new in the Middle East,” Booth says. “And they’ve been bold for a very long time,” although their work isn’t translated frequently enough for the world readership to have found many of them.

Her own book, Classes of Ladies of Cloistered Spaces: Writing Feminist History Through Biography in Fin-de-Siècle Egypt  (Edinburgh, 2015), is an examination of Zaynab Fawwaz’s colonial-era (1893) compendium of 453 women’s lives and patriarchal trauma as well as achievements.

Her earlier book is May Her Likes Be Multiplied: Biography and Gender Politics in Egypt (University of California Press, 2001). It explores the Arabic tradition of life-writing in the era in which Fawwaz was working.

‘Not Just About International Politics’

Booth describes a frustration for so many translators who must serve as both the literary artists we know them to be and the scouts for important content and the advocates for that content, which likely won’t see translation without their dedicated lobbying of publishers–or the luck of that lightning-strike good fortune that a major prize’s attention can provide. 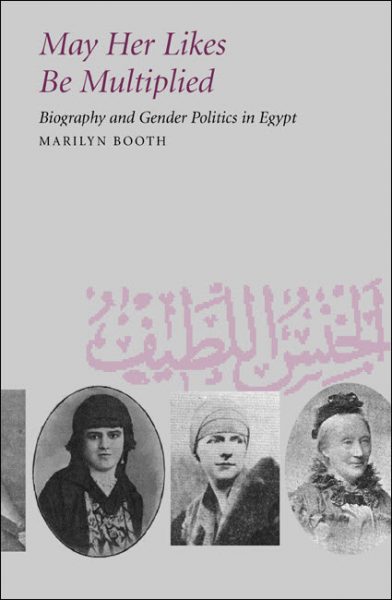 There’s a fine tension here, and Booth is careful to give the industry its due. “It is true ,” she says, “that more of a range of writers, both women and men, are being translated” today than in the past.

“And it’s tough being a publisher, I know that,” she says.

And yet, in an interesting echo of Wattpad Studios’ Aron Levitz–who finds many film studio chiefs locked onto a certain kind of work they like–she says that many publishers “tend to look for certain things and not others,” potentially missing substantive work.

Even timing can play a role, when publishers routinely regard the newest works as most viable in the marketplace. 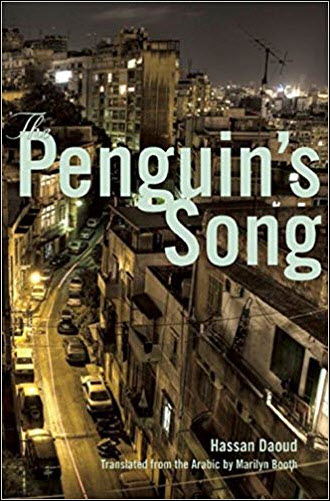 “There’s a whole period of the 1970s through the ’90s,” Booth says, “with so many wonderful works that haven’t been translated. But when you mention this to publishers, they just shrug and say, ‘Well I really do have to do more recent things.’ And I understand that.

“But there’s a whole history and heritage, a large and long body of Arabic literature there that people haven’t had a chance to see. So it’s as if there’s nothing to build on” in the English-language markets’ context.

In relation to the problem, Booth commends the work that the New York University Abu Dhabi and NYU Press are doing with the Library of Arabic Literature, producing “beautiful translations of premodern Arabic works.”

Booth champions, however, one shining concept that could help. And it has to do with both the Arab world’s production of its own material and the ability of other international markets to spot it.

What Might Help: An Editorial Nexus for World Publishers

First, she points out, “There’s less a tradition of literary editing” in the Arab world comparable to that in other cultures. “I think that really limits the number of things we can translate.” She talks of occasionally finding a manuscript that shows promise, only to discover that a lack of professional preparation and rigor means it can’t be proposed for translation. 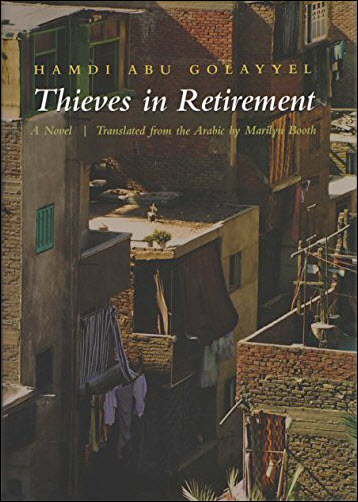 And second, she understands that many publishers in the international sphere are likelier to have someone on staff who can read, say, French or German, perhaps, than they are to have an Arabic reader in-house.

So what she’s describing is a bottleneck both in terms of the editorial readiness of much good material from the region and in the discovery capacity of publishers in the world industry.

The answer may lie, she proposes, in the establishment of a sponsored autonomous center, a hub of both editorial preparation and of translation recommendation from the Arab world. “We need to get people from New York who are literary editors involved,” she says, and then, of course, have translators and their publishers involved. 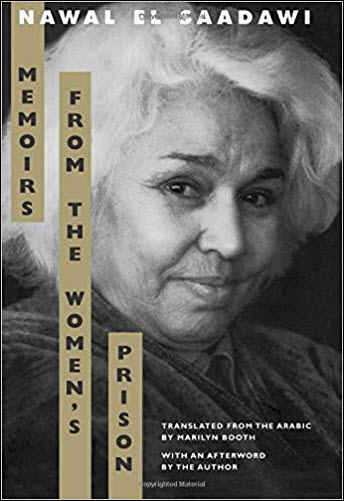 The center she has in mind would stand free of any one state in the Arab world, operating as an industry network of international publishers and their editors in communication with translators and authors, developing and showcasing professionally prepared work for a widening range of reading markets in the world. If successful, it could become a reliable go-to resource, encouraging publishers and their engaged editors while deepening the international viability the Arabic language’s wealth of literary value.

And short of that, Booth points out, she’d love to see publishers commit to the translations of all or many of an author’s works. Frequently, the authors she has translated have found a house for one book, but not the next. That means, as her translating colleagues can tell you, lots of energy goes into the one-off search for a publisher of each translation. when the constancy of a given house’s support could be so enriching.

‘A Long History of Stereotyped Images’

Overall, Booth says, her experience shows her that there’s no one issue that has led to Arabic literature being less frequently translated than the work that comes from some of the other leading languages of the world. “It’s cultural, but it’s also political and in a very complicated way,” she says. “It’s not just about international politics. It’s also the politics of state and of non-state groups, and there’s also the politics of gender playing into it. 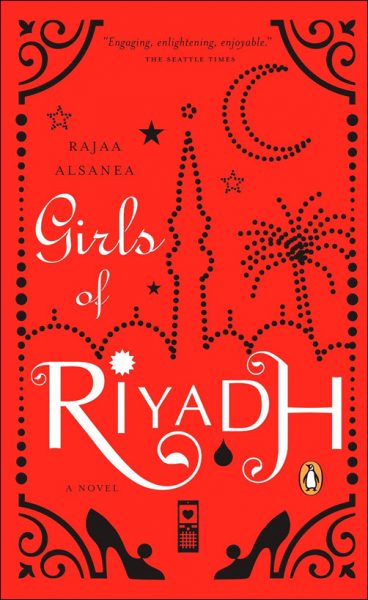 “There can be a sense,” she says, “among readers especially in North America that ‘It’s just too strange over there,’ but that to me is not completely convincing, either,” as an explanation for why Arabic work hasn’t moved more quickly into international lanes of readership.

“And I don’t want to be unfair to readers,” she says. “I actually think a lot of people are now trying to find out more and they’re keen to read more things and that’s wonderful.” What’s more, she points out, we’re still in the early stages of an upturn in translation from Arabic, as awards programs, translation funds, and the international publishing industry itself begin to move more content from the region into commercial channels.

But there’s clearly more work to be done. One thing she says her work in gender’s impact has taught her is that “No matter how much we talk about these things, people can’t somehow get away from stereotypes they have about how people live in the region. There’s a long history of stereotyped images and so forth.”

“I do think that a lot of people would like to get past that and are trying to find things to read that are interesting.” One reason the post-Booker response to Alharthi’s book has heartened her, she says, is that “It’s a book that really questions those stereotypes and probes them and makes people think about them.

“So you know,” Marilyn Booth says, “that’s an encouraging sign.”