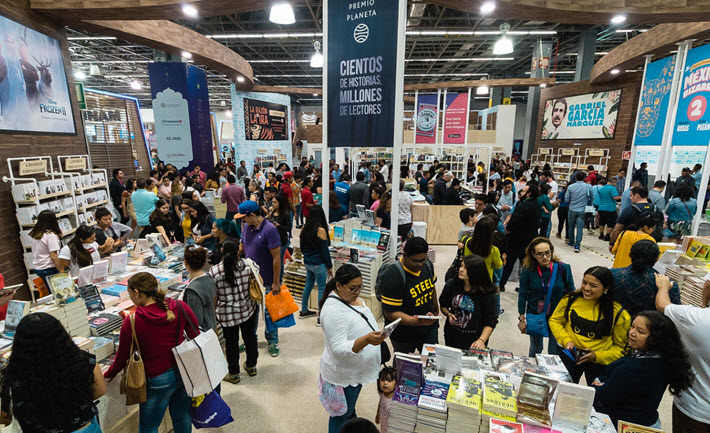 Citing a high of €76.71 million (US$84.5 million) in book exports to Argentina, Spain’s publishers’ federation reports a 10.43-percent rise in overall exports in 2018 as the Guadalajara Book Fair opens.

As the 33rd edition of Mexico’s Guadalajara International Book Fair opened on Saturday (November 30), the work of more than 200 Spanish publishers was touted as part of Spain’s Federation of Publishers’ Guilds’ presence.

The Guadalajara fair continues to December 8 and has India as its guest of honor market this year. We’ll have further reports from the show as its run continues.

The federation in Madrid—La Federación de Gremios Editores de España—reports that it has arrived at Guadalajara with 52 companies and institutions in its collective presentation. It also plans to showcase 127 imprints in parts of the fair’s exhibition space, including stands representing the Editors Guild of Euskadi, the Generalitat of Catalonia, and the Association of Cultural Magazines of Spain.

In highlighting Spain’s distribution of content in the region, according to media messaging from Madrid, the effort also reflects approximately 90 companies at the stands of Latin American distributors.

The federation is stressing the value of the fair in displaying its content for the language-ready markets of Latin America.

According to data from Spain’s 2018 foreign trade report, the federation says, book exports from Spain’s publishing sector to the Americas totaled €228 million (US$251.2 million), representing 54.2 percent of total exports.

Export figures increased in 2018, that report indicates, by 10.43 percent.

Argentina is listed as the Latin American country receiving the largest volume of Spain’s book exports last year, the 2018 breakdown of leading export markets looking like this:

The federation points out in relation to these figures that many of Spain’s publishers have subsidiary companies producing content in the markets of the Americas, greatly bolstering its strong performance overall.

In terms of genres, religious books saw the greatest level of action in 2018, followed by children’s literature, books in the social sciences, and scientific and technical books.

In Spain’s own market, the federation’s current figures show that the publishing industry is annually worth more than €3 billion (US$3.4 billion) and employs, directly and indirectly, more than 30,000 people.

The federation reports that there are 724 publishing companies on its roster, and that those represent some 97 percent of the turnover of the sector in 2018.

Last year, Spain’s industry, the federation reports, produced more than 76,202 titles with an average circulation of 3,762 copies per title, an estimated total of some 214 million units. 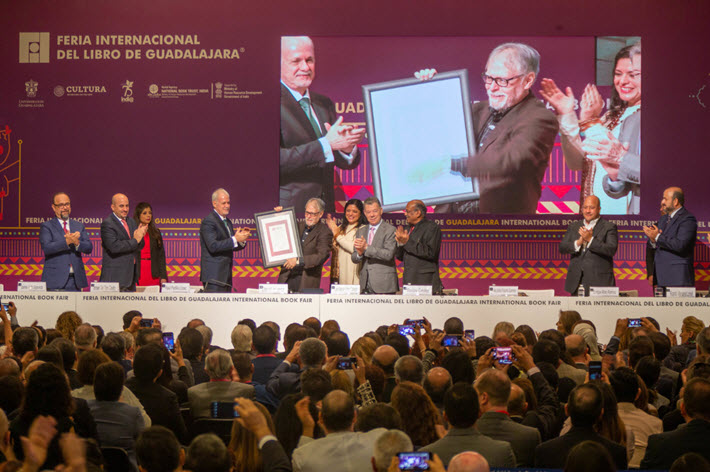 More from Publishing Perspectives on the Guadalajara International Book Fair is here, more from us on Mexico is here, and more on publishing and book awards is here.