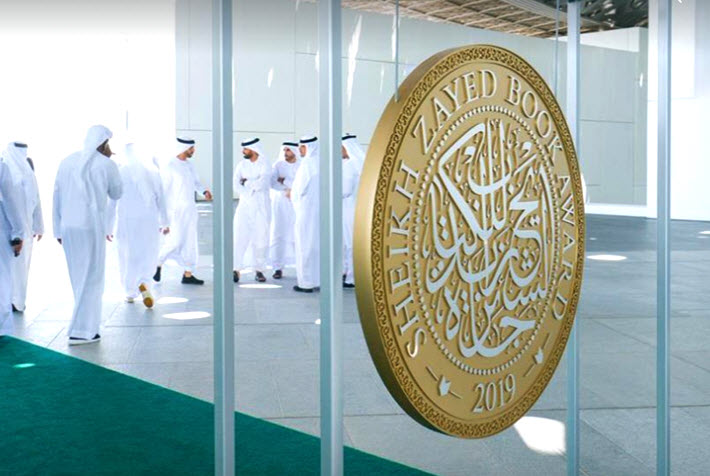 Five of the Sheikh Zayed Book Awards’ nine categories are represented in longlistings reported from Abu Dhabi to date.

For those who will be in the Abu Dhabi area on December, the Sheikh Zayed Book Award is organizing a special seminar on the role of tolerance in culture, literature, and history at the St. Regis on Saadiyat Island. This Year of Tolerance program is produced under the patronage of the Sheikh Nahyan bin Mubarak Al Nahyan, the United Arab Emirates’ minister of tolerance.

The program will be opened by Dr. Ali Bin Tamim, secretary-general of the award program.

Others speaking during the event will include Khalil Al Shaikh, member of the award’s scientific committee; Dheyaa Al Kaabi, assistant professor of narratives and modern literary criticism at the University of Bahrain; Ridwan Al Sayyid, Lebanese author and academic; Abdulla Al Ghathami, professor of criticism and theory in the Arabic language department of the faculty of arts at King Saud University.

Additionally, the program will hear from, among others, Turki bin Abdullah, the Saudi ambassador to the UAE; Zikrur Al Rahman, who directs the India-Arab Cultural Centre and Centre for West Asian Studies at the National Islamic University in New Delhi; and the French novelist Gilbert Sinoue.

If you’d like more information and registration information, you’ll find it here.

As Publishing Perspectives readers know, the Sheikh Zayed Book Award—which is going into its 14th year of operation—operates in nine categories:

With a purse of 750,000 UAE dirhams (US$204,193) in each of the eight book categories, the program additionally offers 1 million dirhams (US$272,257) to the winner of its Cultural Personality of the Year honor. In every case, a winner is also given a gold medal with the award program’s logo and a certificate of merit.

Each of the program’s nine committees comprises three to five jurors who have been chosen by the program’s scientific committee to make their categorized selections. The jurors are anonymous, a condition imposed to maintain their independence: they’re free to make the decisions they think are best.

Last year’s total 117 titles longlisted in the program’s nine categories were drawn from 382 initial nominations. This year, as we’ve reported, the selection process began with 1,900 nominations from 49 nations.

A total 11 works are included in this longlist, and they were drawn from 170 translated works from English, French, German and Arabic, with most of the translators coming from Tunisia, Egypt, Morocco, and France.

Longlisted translations from English are:

Longlisted translations from French into Arabic are:

Longlisted translation from Arabic into French:

Longlisted translation from German into Arabic:

Eleven titles have been selected in this category from an initial pool of 223 nominations. Longlisted works are:

There are 10 works selected from 188 nominations in this category. The longlisted titles are:

In this category, the goal is the recognition of young thinkers, researchers, and writers who have contributed to thought, language, social sciences, and modern culture.  The works longlisted represent the writings of four women and seven men from six countries: Saudi Arabia, the UAE, Iraq, Kuwait, Egypt, and Oman. These 11 works are chosen from an initial 498:

In this category, we find 13 titles selected from a total 205 nominations. Authors longlisted represent nine nations: the UAE, Saudi Arabia, Oman, Palestine, Lebanon, Jordan, Iraq, Egypt, and Bahrain. One of the works chosen for this list is self-published. Eleven women are among the longlist, which comprises: 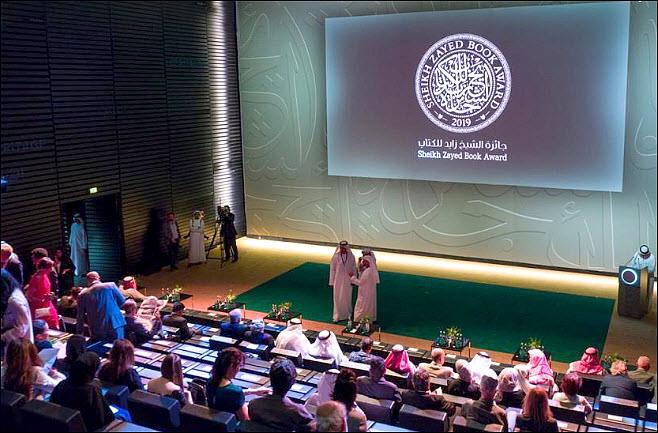