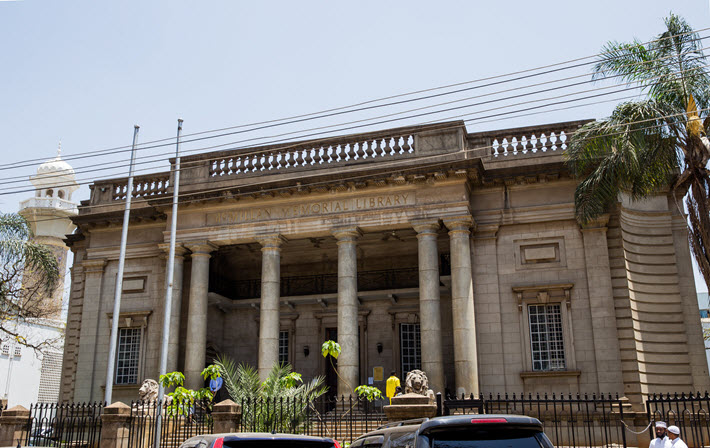 Attendees of June’s International Publishers Association‘s (IPA) “Africa Rising” seminar staged with  the Kenya Publishers Association will remember that one of the most interesting projects presented from the stage was the ongoing restoration of the McMillan Memorial Library in Nairobi’s city center.

Under the direction of publisher Angela Wachuka and writer Wanjiru Koinange, the nonprofit Book Bunk Trust has been working to restore the McMillan and two outlying branch locations in the Kenyan capital.

On Wednesday (December 11), the United Arab Emirates’ Sharjah UNESCO World Book Capital program announced that it would put substantial financial support behind the work that Wachuka and Koinange are doing. Details of the amount and structure of the Sharjah support weren’t immediately made public.

IPA vice-president Bodour Al Qasimi—the founding publisher of Sharjah’s Kalimat Group and the head of this year’s World Book Capital advisory committee—made the announcement in Nairobi at a fundraising gala for the library, which has in its holdings furniture donated by the Danish writer Karen Blixen’s from her home when she moved Out of Africa, per the 1985 Streep-Redford film about her.

The undertaking at the McMillan Library represents as much a reclamation as a restoration, in that the facility was designated by the Kenyan parliament in 1938 as being for the “exclusive use of Europeans.” It’s said to be the only building in the country to have been placed under such a designation, the McMillan Memorial Library Act 2017. Built under British rule, it was named for the American explorer and philanthropist William Northrup McMillan with help from the corporation of Andrew Carnegie, a friend of McMillan.

The facility having fallen in to disrepair, Book Bunk is doing the restoration work in a partnership with the Nairobi City Council since March 2018. As part of the agreement, the trust has developed public programming at the library; created its first digital catalogue with containing more than 90,000 books; and has carried out audience research and public consultations to inform revitalization plans.

In January, work is to begin at the Kaloleni satellite branch. This year’s focus has included partnerships for acquisitions of a growing collection of contemporary work by African authors. Another effort has been to determine where gaps exist in the library’s inventory, starting with an assessment of the children’s book collections. A part of the program’s success is the employment that the library project is providing to university students, librarians, community facilitators, educators, and artists who are actively contributing to the program’s cataloguing and diversification goals.

Book Bunk is also one of the seven projects that was awarded an inaugural grant from the new African Publishing Innovation Fund created by the IPA and Dubai Cares. As we announced on October 29 from the  Sharjah International Book Fair Publishers Conference, the library program was granted US$50,000 to support the upcoming work on the Kaloleni branch. And in a surprise move, Dubai Cares also provided an additional $10,000 worth of children’s books to stock the library.

In announcing the new Sharjah gift in Nairobi last week, Bodour referred to the emirate’s original World Book Capital manifesto, pointing out that part of it addresses “the necessity to build cultural understanding and respect through books.”

The manifesto’s text includes the lines, “Read until no strangers remain. Go beyond borders. Open a book, open your arms, your heart, your mind.”

“And we are here today,” Bodour told the Nairobi audience, “beyond our borders, to support your journey and the journey of a historic cultural icon of this great city.” 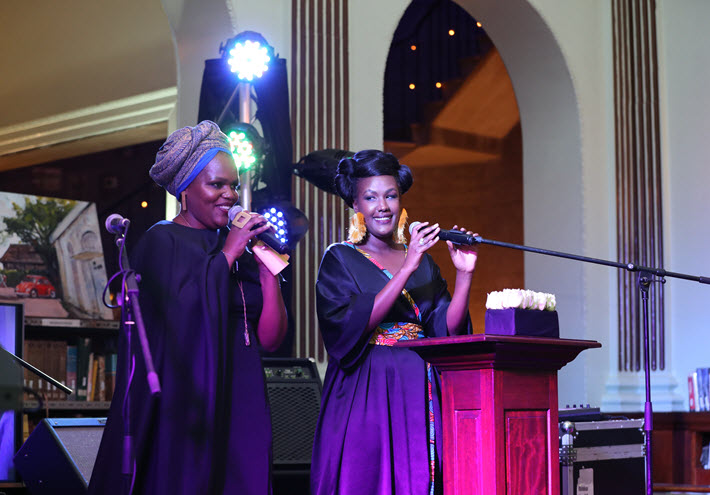 This library-specific outreach has a precedent in Sharjah’s assistance in the restoration of the Djibril Tamsir Niane Library in Conakry, Guinea, an effort led by Sheikh Dr. Sultan bin Muhammad Al Qasimi. Conakry became UNESCO’s World Book Capital in 2017, followed by Athens in 2018, and Sharjah this year, the first Arabian city to hold the designation. Conakry’s Niane Library had burned in 2012. As in the current Nairobi work, its restoration featured catalogue digitization so that content, at least in digitized formats, can’t be protected going forward.

“Once the McMillan Memorial Library is completely renovated and open to the public, how many young people it will inspire? How many dreams it will empower? And how many lives it will change?”Bodour Al Qasimi

Qasimi and Bodour have stressed that international outreach is crucial to their development of Sharjah’s reading culture. “We strongly believe that no real economic development can be complete without a robust cultural foundation,” Bodour said in Nairobi. “Our World Book Capital title came as a natural result of our focus on culture and human development for more than 40 years now, and we’re proud of the stance we’ve taken.”

In a joint statement at the gala, Book Bunk’s Koinange and Wachuka said, “This is the most incredible news to end a year that has been filled with so many milestones.

“We feel seen, uplifted, validated, and encouraged by all the people in our city and beyond our borders who recognize the value of our archives and our public spaces, and their power to shape our citizenry.”

“Once the McMillan Memorial Library is completely renovated and open to the public,” Bodour said, “can you imagine how many young people it will inspire? How many dreams it will empower? And how many lives it will change? I have to say that I’m very proud of the work Book Bunk is doing and I’m so grateful for all of those who extend their support to help them achieve their objectives.”

In addition to the content evaluation, Book Bunk’s initial work on the library has included an architectural review to establish the physical needs of the McMillan facility and those of its branch locations.

Sharjah’s term as UNESCO World Book Capital continues to late April, when the designation is to pass to Kuala Lumpur.

As we reported in early October, Tbilisi has been named to become the World Book Capital in April 2021. 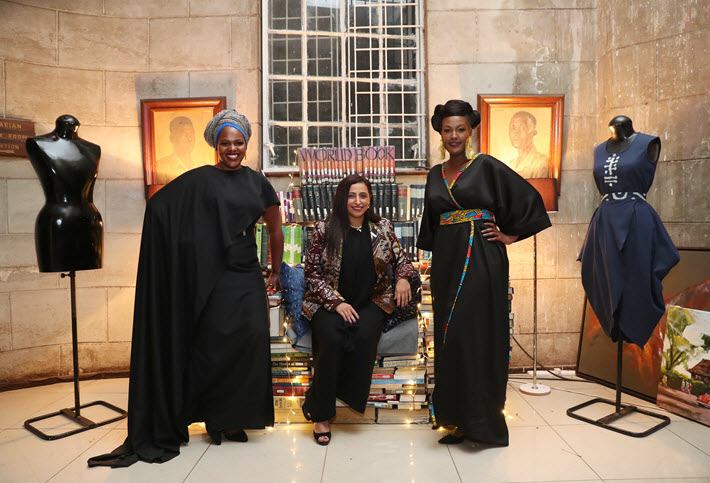 More from Publishing Perspectives on the UNESCO World Book Capital program is here. More from us on Sharjah is here, and more on the International Publishers Association’s ongoing Africa conferences programming is here.

Publishing Perspectives is the media partner of the IPA’s regional conferences program and of its 2020 World Publishers Conference in Lillihammer.

Download a free copy of our ‘Africa Rising’ magazine on the Nairobi conference here.