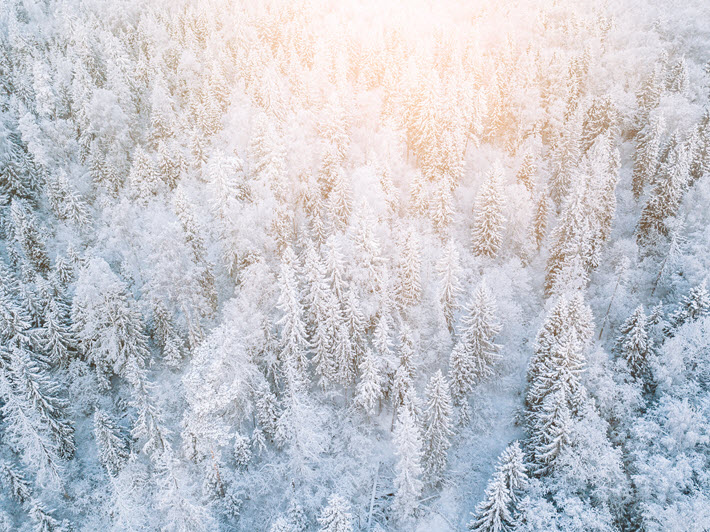 From Italy, the United States, Finland, Sweden, Germany, Spain, and the Netherlands, here’s a year-end look at titles, fiction and nonfiction, with tidings of brisk rights activity.

For the Season of Self-Help and Beyond

Because ’tis the season, we’ve included three self-help works for you here (you’re welcome), including one from Germany that gets you closer to your inner child; another from Sweden that asks you to be considerate to your brain because it was designed long before the screen you’re reading this on; and a third from HarperCollins that’s the 38-year-old Finnish philosopher Frank Martela’s take on the meaning of existence.

Film, however, figures into the rights sales of another title in our roundup, Grand Hotel Europa from the Dutch author Ilja Leonard Pfeijffer. It has a lot to do with European identity, which seems a good thing to remember, even in a nostalgic way, because of certain general election results in a certain English-language market.

For the kids, the middle-grade Wild House by Siri Kolu has illustrations by Johanna Lumme (and a house on legs–remember Baba Yaga?). Spain’s Juan Jacinto Muñoz Rengel has had his The Hypochondriacal Hitman published in Barcelona. And from Germany’s Rowohlt, we’re looking at the first book in Carmen Korn’s trilogy, Daughters of a New Time, about women in the early 1900s.

Maybe most poignant is Laura Imai Messina’s What We Entrust to the Wind from Italy’s Edizioni Piemme, about being in touch with those you love, both the ones still here and the ones no longer with us. 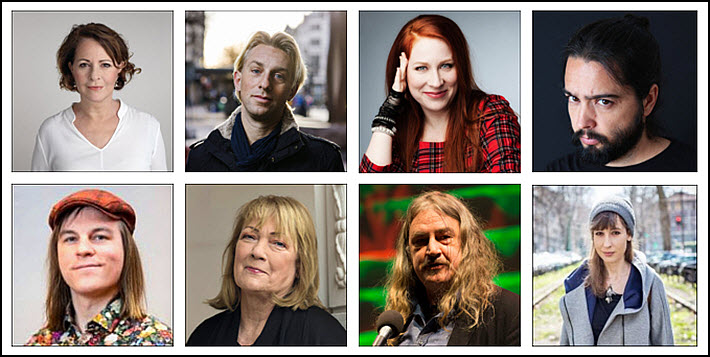 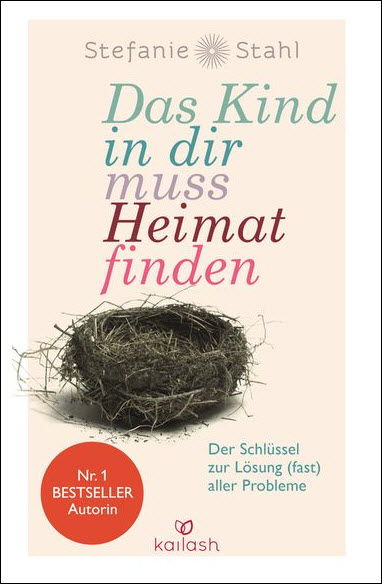 From the publisher: “During childhood, we develop the sense of trust and self-confidence that will help us through life as adults. But the traumas we also experienced in childhood unconsciously shape and determine our entire relationship life.

“Author Stefanie Stahl has developed a new, effective approach, proposing that if we make friends with this ‘inner child,’ we can find ways to resolve conflicts, make relationships happier, and find answers to almost any problem.” 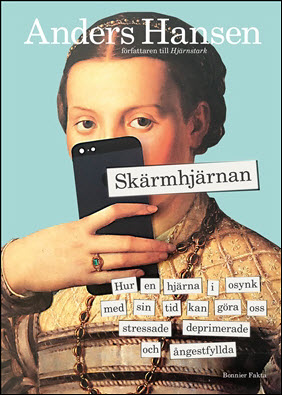 From the publisher: Psychiatrist Anders Hansen has sold 625,000 copies of his books and here shows the reader in an accessible yet professional way what happens to the brain when it’s constantly switched on.

“With just a little more insight and knowledge, you’ll soon realize that you, too, should start treating your brain better. After all, the human brain was created in a completely different era. No matter how much you like to watch the images stream on Instagram, the news on your mobile, or the movies on your smartwatch, your brain is not adapted to today. It’s simply out of sync with our time.” 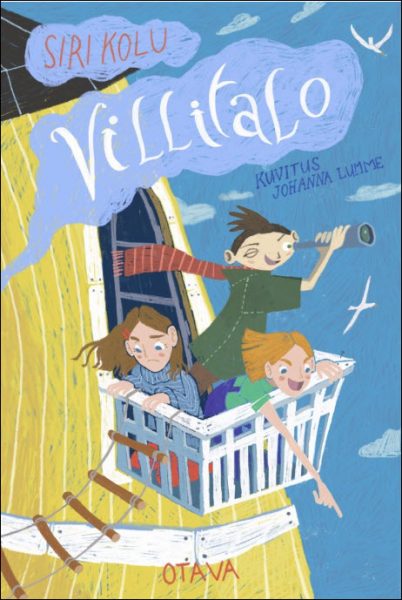 From the rights agency: “Wild House is a contemporary middle-grade adventure with speedy chasing scenes, secretive characters, and a house so full of secrets that it grows legs and runs away.

“Tomtom’s family feel like the luckiest bunch alive when they get to move into the caretaker’s house at an old ornate villa. The villa is owned by a mysterious millionaire and it has been split into flats, occupied by a carefully selected, diverse cast of tenants. Tomtom writes to his best friend Amir about the move, only to discover the next day that not only has he moved, but the house has moved away, too.

Why does the house have legs? How do you ride the house? Who is chasing the house? The children of the house are on a quest to find out.”

The story is illustrated in black-and-white by Johanna Lumme. 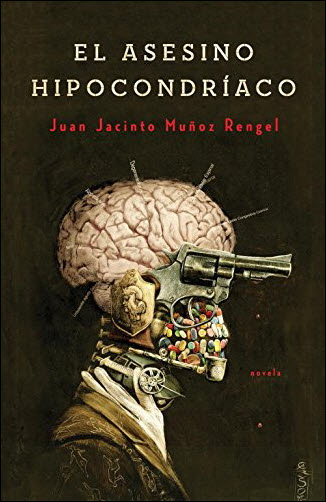 From the publisher: “Mr. Y just has to finish one last job as a hitman, but to do this he must overcome so many diseases that you’d think he was a medical miracle.

“The book establishes a magical connection between Mr. Y’s own struggles and the great physical, psychological, and imaginary suffering that tortured Poe, Proust, Voltaire, Tolstoy, Molière–and all the other famous hypochondriacs in the history of literature.”

Here’s a promotional trailer for the book: 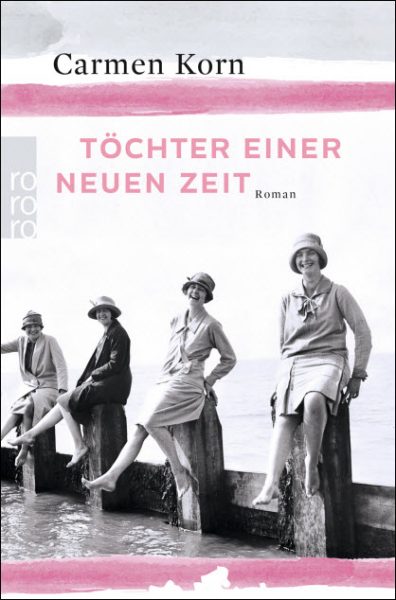 From the agency: “The year 1900 saw an exceptionally high birth rate and produced a generation of women who would have to endure two world wars.

“Henny Godhusen is one of those women. She’s only 18 when peace is declared. Henny is sure that the dark years are behind her for good. Full of zest for life, she begins training as a midwife in the spring of 1919 at a women’s clinic in Hamburg’s Uhlenhorst quarter.”

This is the first book in a trilogy. 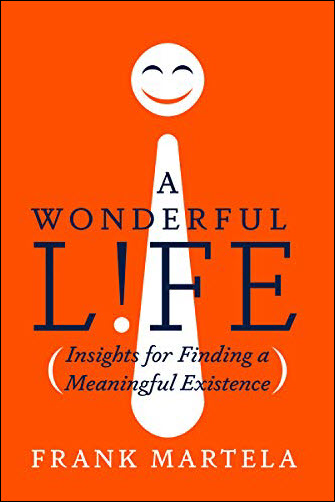 A Wonderful Life:
Why Happiness Is Not Enough for a Life Worth Living

From the publisher: “Finland’s Frank Martela takes you on a voyage through the history, philosophy, and psychology of meaningfulness and worthy living.

“The journey starts in the 19th century,” when Scottish author Thomas Carlyle is asserted to have been the first person to use the phrase ‘meaning’ of life.

“The life stories of Carlyle and Russia’s Leo Tolstoy serve as representative examples of the transformation that this book aims to guide a reader through. An answer is provided to the question of meaning that’s compatible with latest scientific knowledge about human nature, yet still inspiring and actionable.” 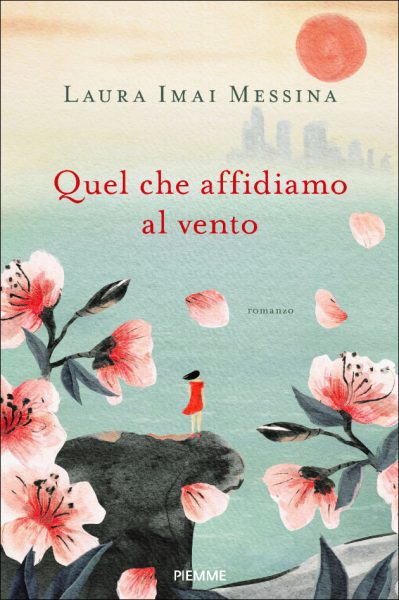 What We Entrust to the Wind

From the publisher: “This novel begins with Yui, a 30-year-old woman facing a typhoon on a hill in Japan and protecting an old phone booth.

“During the tsunami of 2011, she lost her mother and daughter, and also much of the joy of being in the world. She learns of the existence of a wireless telephone booth connected only with the wind. People go there to talk to their departed loved ones.

“There, Yui meets Takeshi. They recognize themselves in each other’s pain and end up finding common ground.” 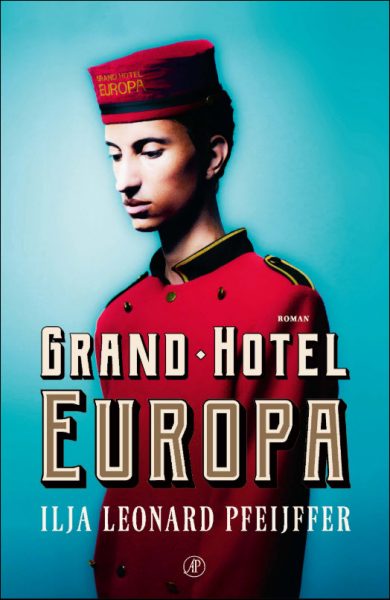 From the publisher: “Grand Hotel Europa is Ilja Leonard Pfeijffer’s great novel about the old continent, where there’s so much past that there’s no room for the future anymore and where the most realistic future perspective is offered by exploiting that past in the form of tourism.

“It’s a theatrical and lyrical book about European identity, nostalgia, and the end of an era. It is, however disturbing it may be, Pfeijffer’s best book to date.”

More of Publishing Perspectives‘ rights roundups are here, and more from us on rights in the world industry is here.