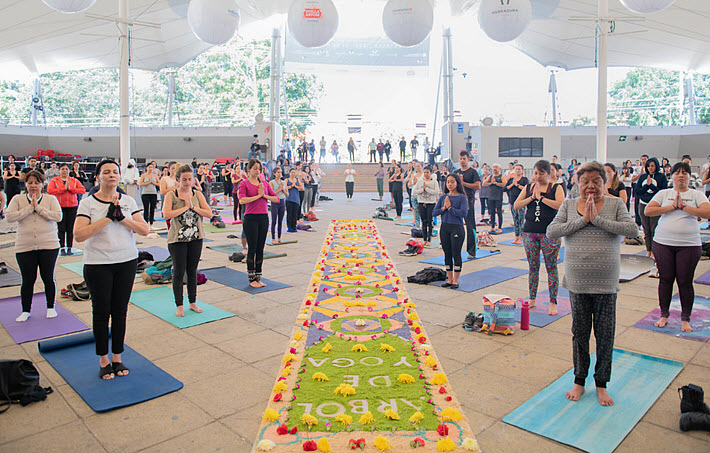 Industry professionals at the recent Guadalajara International Book Fair say that while the show is a regional rights hub, the biggest player missing is the Latin American literary agent.

‘The Fair Is Here’

The Guadalajara International Book Fair is “a gateway to Latin American, and to some extent to Spanish and Portuguese” book rights sales, according to Peter Dowling. He’s the publisher of Auckland’s Oratia Books and he led the New Zealand delegation to this month’s 2019 iteration of the show. 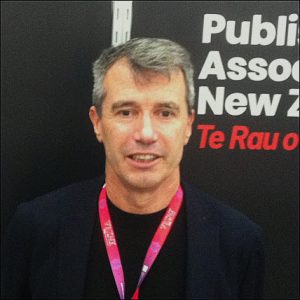 “You get the feeling that everyone is here and that this a cost-effective way for us to reach this market,” Dowling told Publishing Perspectives during the fair (November 30 to December 8).

In addition to Dowling’s Oratia display, the New Zealand stand this year also featured two children’s and YA publishers, Huia and Toitoi.

“Until this year it had just been me,” he said, “flying the flag on my own. But this year we brought two other publishers. Their catalogues include Maori literature. We have the common ground of wanting to push indigenous rights, something that’s also happening in Latin America.

“Our children’s publishers’ biggest markets are abroad, principally China, South Korea, and the United States, but we want to bring Latin America in. We’d like to bring more publishers here. You just learn so much from coming.”

Dowling said he also sees the New Zealand government’s translation funding program as something that could be an avenue into the Latin American market. Wellington’s translation offer provides financing of up to 50 percent of the costs of translation into a foreign language or territory.

“You’ve got to use every tool in your kit,” Dowling said. “We’re starting to get an understanding of the market here, and we intend to keep coming. It’s a learning process. And because it’s not as structured as Frankfurt, you have the chance to build relationships here.”

Oratia Books had bought Brazilian rights in the past, he said, and has ongoing collaborations with Mexican and Colombian publishers.

“And as well as rights, there are distribution opportunities for us here,” Dowling said. “The two publishers attending this year are seeing many opportunities.”

Dowling said that New Zealand’s publishers are also keen to explore the Bogotá and Buenos Aires book fairs in the future, and yet—despite Colombia and Argentina being geographically closer to home than Guadalajara—“the fair is here.”

‘A Tradition of Writing’

“The fair is very useful,” she said, not as a rights market, but as a meeting point. You can talk about books, find out information, and it’s very useful for finding new voices.”

She said she attributes her interest in Latin America to the quality of the writing rather than to trends among readers.

“In France, US literature dominates,” she said, “and young people aren’t interested in Latin America.”

She said that translations from Spanish account for 3.5 percent of total translations in France, compared to 59 percent from English.

“It’s a difficult time,” she conceded. “But I continue to publish Latin American authors because they have powerful imaginations. These are countries with a tradition of writing, of a literary style.

“Latin American authors have a public in France,” she said, pointing to Colombia’s Santiago Gamboa having published eight books with Métailié.

Métailié said she keeps her eye on all of Latin America and has attended the book fairs in Bogotá, Buenos Aires, Lima, Rio de Janeiro, Santiago, São Paulo, and Havana, but with less frequency than Guadalajara.

“Here, I find out about authors,” she said, “particularly from smaller countries, from where it’s harder to get information.”

One of the biggest drivers of such slow action in some markets, she said, has to do with the scarcity of literary agents in Latin America, a situation she said is only “very slowly” changing. 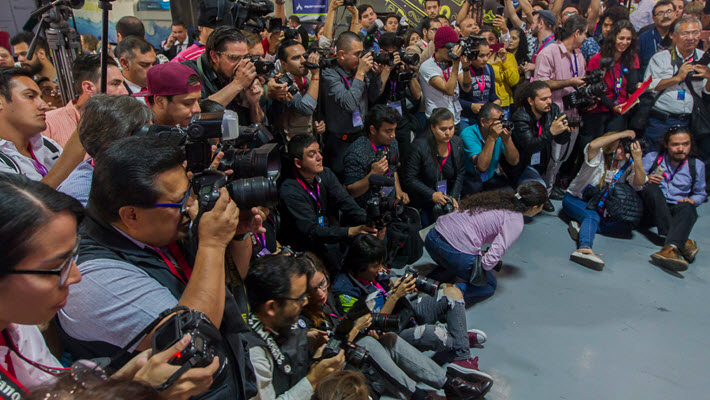 Egypt’s Sherif Bakr, publisher at Al Arabi in Cairo, was at this year’s fair as a rights fellow in the show’s annual program. He echoed much of what Anne Marie Métailié had said about the need for agency representation of Latin American content. 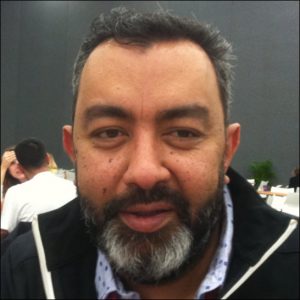 “It helps to visit book fairs” Bakr said, “because you gain knowledge and build trust.

“A lot of Mexican publishers have some great books,” he said, “but the books don’t travel and the authors don’t have agents. Nobody handles the rights, and that’s a big problem for us that needs working on.

“Mexican publishers need to focus more on rights,” he said. “That, or we need a Mexican literary agent to appear soon to handle all these beautiful books we’re missing out on. Publishers need rights directors who speak English and who know how to pitch their books.”

Al Arabi, Bakr said, distributes across the Arab world, in which, he said, Saudi Arabia is the biggest market, followed by Iraq.

But he also sees potential rights sales in Latin America, he said.

“Arab-language authors deserve to be read, and we’ve seen interest from readers and publishers, but the bridge is not yet built.”

‘Without the Figure of the Agent’

Thais Pahl of the scouting agency Eccles Fisher in London said that she, too, identifies the lack of Latin American literary agents as a key reason to visit the fair. 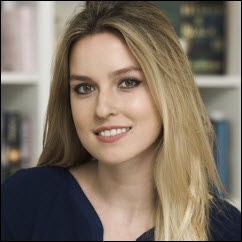 “There’s growing interest in Spanish-language literature,” she said, “but Latin America is still somewhat obscure without the figure of the agent. Coming to Guadalajara is an opportunity to learn more.

“Independent and smaller publishers who may not go to London or Frankfurt come to Guadalajara and that’s interesting for me because I can learn about them and about authors who may not have agents.

“Mexico is such an interesting hub for the whole of Latin America, and it’s probably the strongest market.”

Eccles Fisher moved into scouting for foreign-language books five years ago, amid what Pahl said is an increasing interest in foreign fiction in translation among readers. The agency has 21 clients in as many countries. She and her associates include Penguin Random House in Canada, Germany and Spain, and Doubleday in the United States on their client roster.

“We try to learn as much as we can about all markets,” Pahl said, “and then single out the most interesting narrative voices for our clients.

“Guadalajara has been fruitful. It’s very laid-back and a little off the mainstream. It’s a place for talking about markets and some of the gems of books that need to travel.” 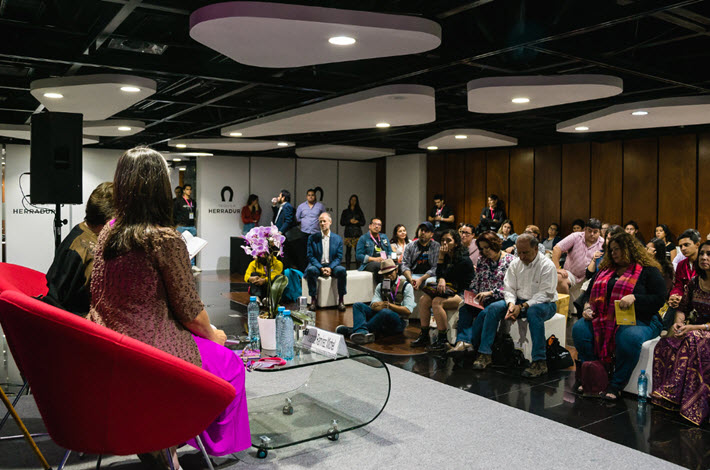 A session in the poetry salon at the 2019 Guadalajara International Book Fair. Image: FIL, Nabil Quintero