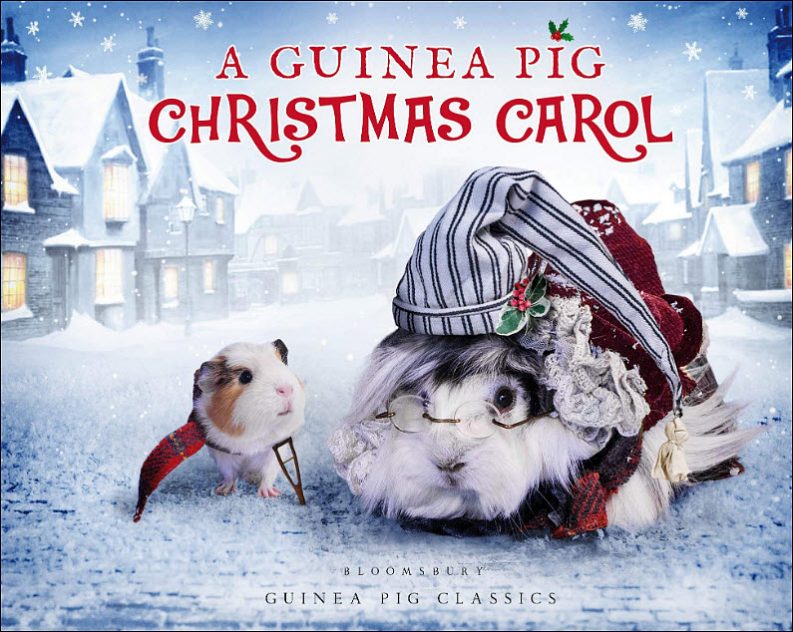 Three ghosts later, publisher Gerald Hambledon posts a new message to the worldwide staff of Hambledon Global Publishing–about ‘the future of our industry.’ 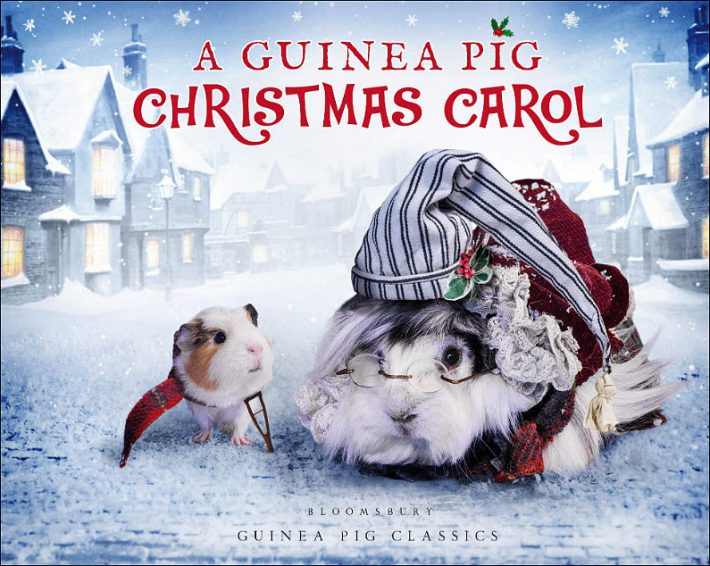 Editor’s note: When we asked Richard Charkin to consider publishing past, present, and future for us this month, his copy arrived with a caveat: “With apologies to Charles Dickens and Bloomsbury’s guinea pigs.” Dickens, you know. As for the guinea pigs, in case the reference is new to you, Bloomsbury has a series of ‘Guinea Pig Classics,’ the work of author Alex Goodwin and illustrator Tess Newall. —Porter Anderson

It was Christmas Eve and Gerald Hambledon was at his desk in the Pirelli Building that housed his publishing empire.

He was studying the latest accounts which showed a very decent profit and significant accumulation of cash. This made him smile, a rare occurrence.

He was alone because all his staff and colleagues were either at their homes or at Christmas parties to which he was never invited.

He didn’t mind. He preferred his own company and his management accounts.

The Ghost of Publishing Past

There was a knock on the door and in came a strange apparition.

“Who or what are you?” Hambledon asked.

The spirit (for it was a spirit) responded, “I am the ghost of publishing past. I have come here to take you back in time to when you first moved into the Pirelli Building, named after the calendars on which you made your first million dollars.”

The two of them were transported to the art deco building with its clean lines and cool design. All evidence of a publishing company had been removed.

Books were not allowed to be kept in the offices. They took up too much space. The staff were all in open-plan, serried ranks of work pods. No decoration was allowed. It might ruin the simple elegance of the off-white walls. There were no flowers. They would cost money to buy and replace. Pets were, of course, completely banned. There were no imprint names. They had all been merged into a single entity, Hambledon Global Publishing.

The workers were quiet, fixated on their screens, sullen, resentful. There were no authors in the building. They were too intrusive.

“Take me back to the present,” Hambledon said. “This is too depressing, even for me.” And he was back in his office with his cash books and a supply of Gaviscon.

The Ghost of Publishing Present

Another knock on the door, another spirit.

“I am the ghost of publishing present.” He took Hambledon by the hand and guided him back into the publishing house itself.

“Authors’ agents are demanding and getting larger advances for bestsellers and unknown debutant authors while the un-flashy middling author is being starved of funds and marketing support.”

“Bah! Humbug! This cannot be right,” Hambledon said. “Everyone seems so happy, but I notice from my accounts that we’re giving more and more discounts to some big virtual retailers, while smaller independent ones seem to be struggling. Prices of books have not kept up with inflation, but our costs have increased faster than inflation.

“Authors’ agents are demanding and getting larger advances for bestsellers and unknown debutant authors while the un-flashy middling author is being starved of funds and marketing support.

“And the library market has dwindled to near zero. And school budgets are falling away for both textbooks and background reading. And literacy levels aren’t improving in spite (or because) of politicians trumpeting its importance.

“I’ve seen enough of this false jollity. I must return to my room to sulk in private and worry about the cost of the jollity and the decline in income.”

The Ghost of Publishing Future

Shortly after—and it was still Christmas Eve—a third apparition. “I am the ghost of the publishing future and I shall show you what will be.”

Walking down the high street, Hambledon was approached by a beggar. “A penny for the author.” He held out his hand.  “We writers and our friends, the artists and musicians, are having to live from handouts. There’s no other way. We continue to write but we’re a dwindling band.

“Walking down the high street, Hambledon was approached by a beggar. ‘A penny for the author.'”

“When developments including self-publishing, promotional ebook prices, open-access movement and subscription models were first introduced, we were promised a vastly greater audience. That may be so for a few of us, but inevitably the payments became smaller as the distributors—whose names we may not mention for fear of litigation and worse—took more of the available money. And intellectual property pirates stole the rest.

“It was only a matter of time before the payments became so small and so difficult to administer that the all-powerful FAMGA Committee decided there was no point in copyright and abolished it.”

Hambledon was bemused. How did it come to this? He returned to the Pirelli Building to discover its name had changed and there was no Hambledon Global Publishing sign, merely a giant multistory café where the food and drink were outrageously expensive but you could read, listen to music, and watch movies to your heart’s content. But all the books were more than 20 years old, as few new ones were being published.

“What can I do?” he asked the ghost, who replied, “It’s not too late to change the future. Let’s return to your office and see what we might be able to do to make the future brighter.”

“Our authors matter. Our books matter. Our customers matter. Our readers matter. Our employees matter. Our owners matter. Our sales, profits, and cash matter. It is our duty, one and all, to work diligently to protect everyone in the publishing business worldwide and to do it while having fun and behaving honorably. But what matters most is to protect the laws and applications of copyright, without which there is no future for our industry.”

From that day, Gerald Hambledon was a changed person, and as Christmas Day broke, he emailed every author, every employee, and every bookseller: “God bless us, every one!” 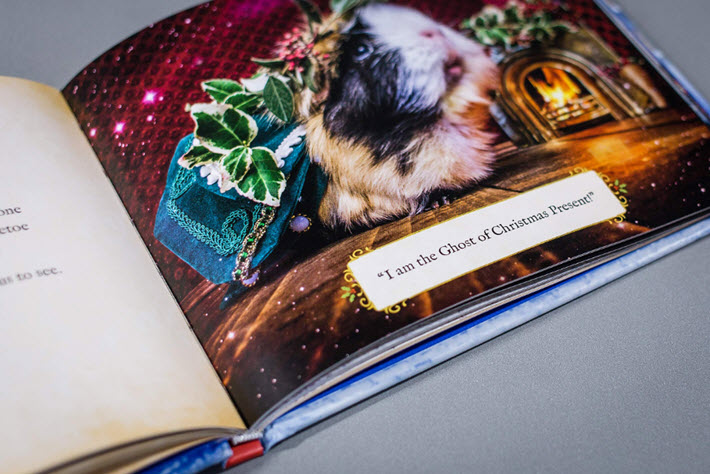